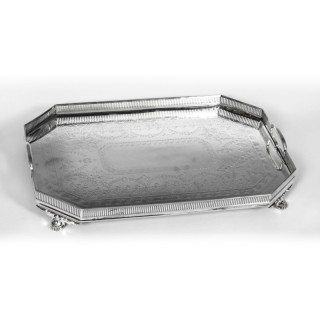 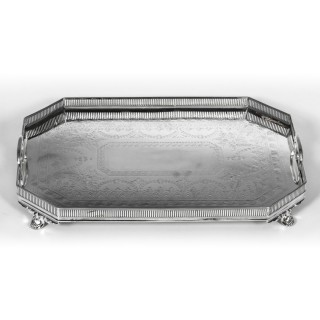 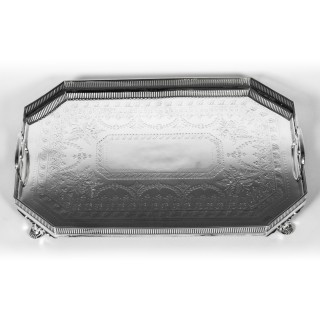 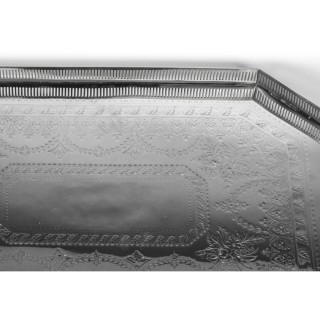 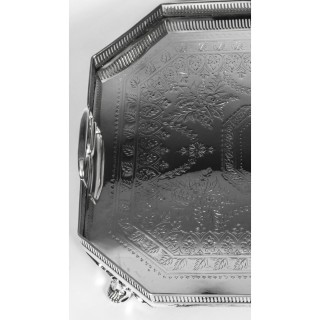 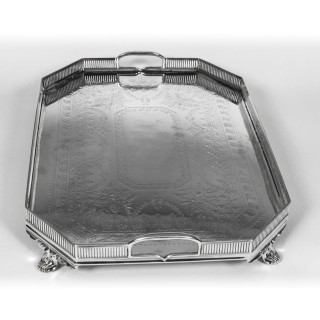 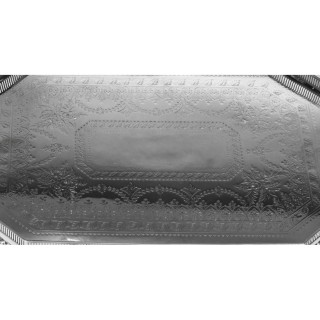 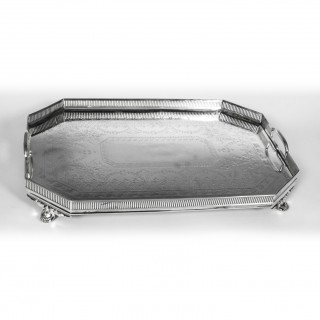 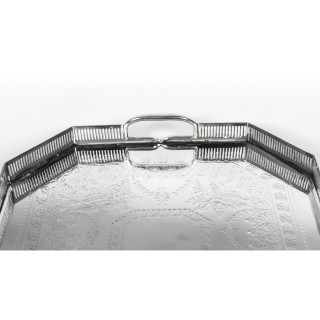 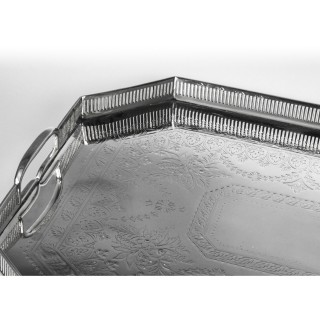 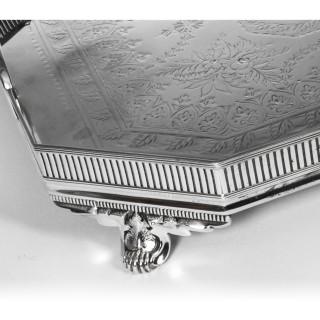 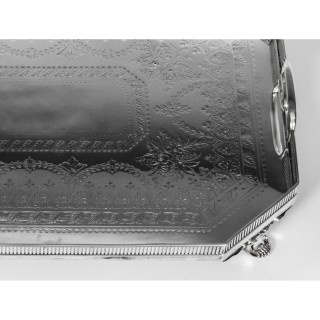 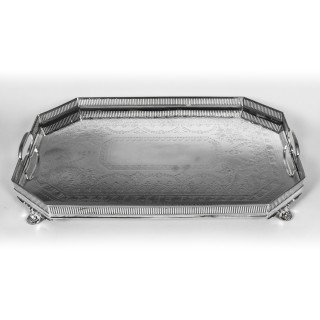 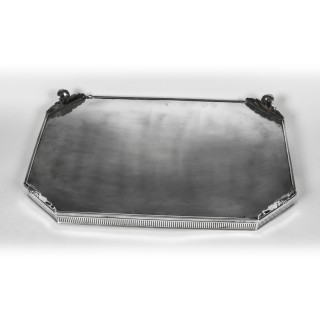 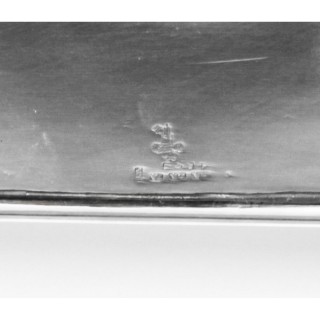 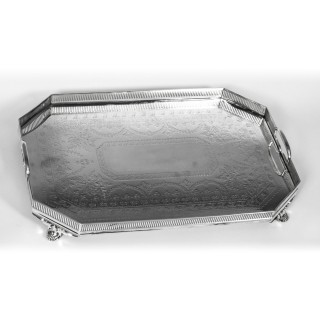 This is a lovely antique Victorian silver plated gallery tray with beautiful engraved decoration bearing the makers mark of the renowned silversmith Atkins Brothers Circa 1880 in date.

This rectangular silver plated tray features elegant Neo-Classical hand engraving with foliate, floral decoration. It has a decorative pierced fretwork gallery with shaped cut out handles to each side and is raised on four foliate capped feet.

The quality and craftsmanship throughout the piece are truly second to none.