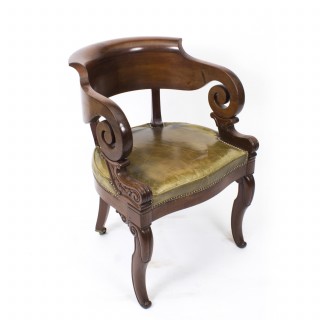 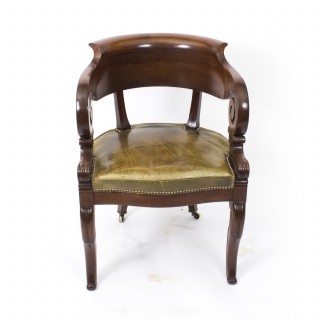 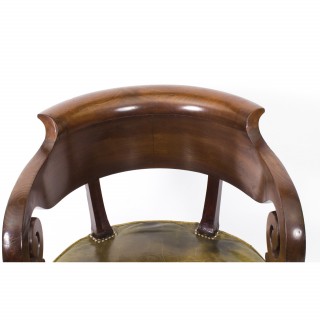 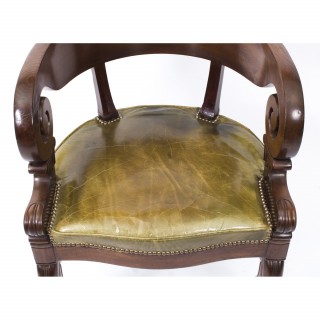 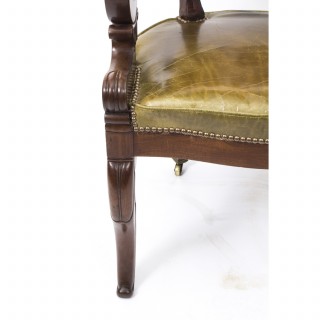 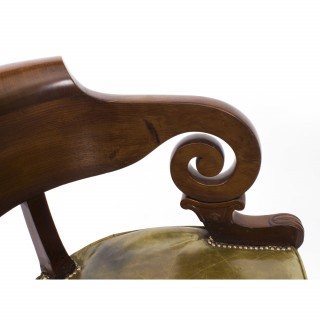 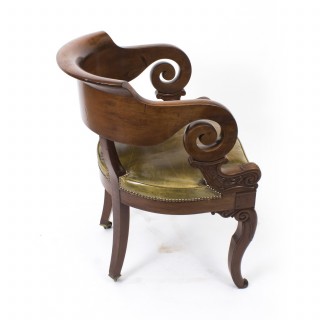 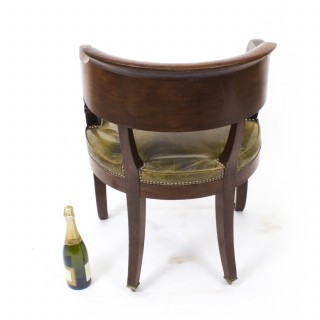 This is a spectacular Empire tub back desk chair, circa 1820 in date.

This comfortable desk chair is made of solid mahogany and has beautiful curved spiral scroll arms, with a solid curvaceous back. The seat is upholstered in a fabulous sage green sumptuous leather with brass studs. The front legs have a gentle scroll while the back legs have their original brass and porcelain castors.

It will make a perfect accessory to your desk.

In excellent condition having been beautifully cleaned and waxed in our workshops, please see photos for confirmation.