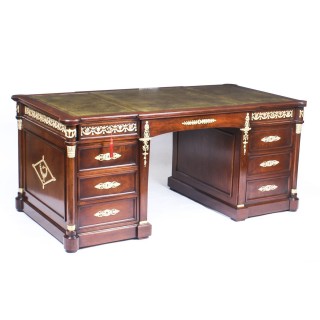 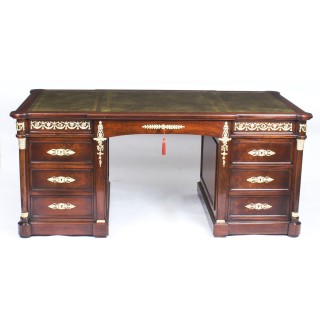 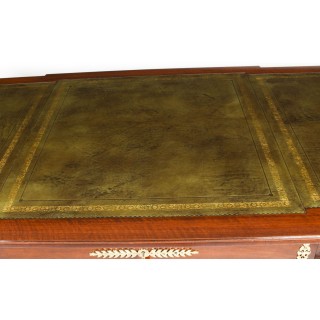 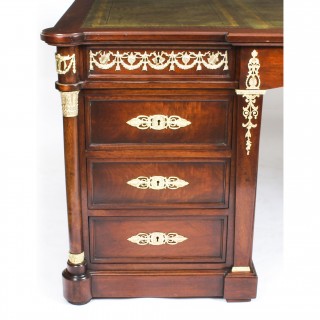 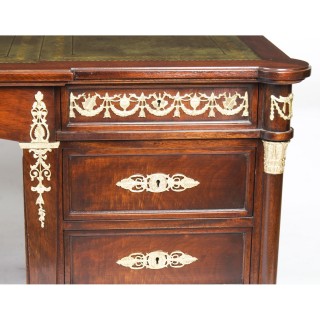 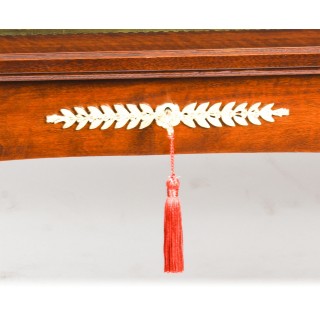 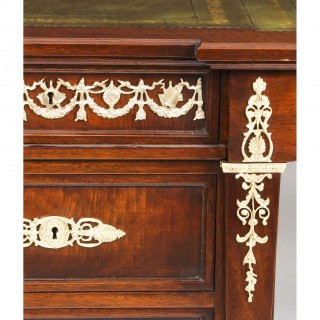 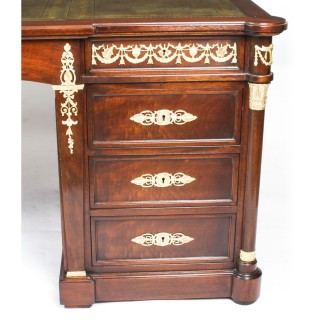 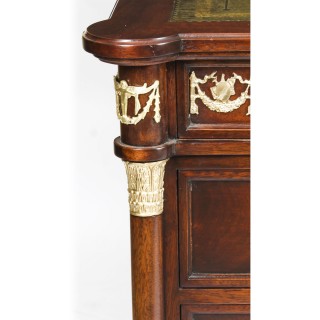 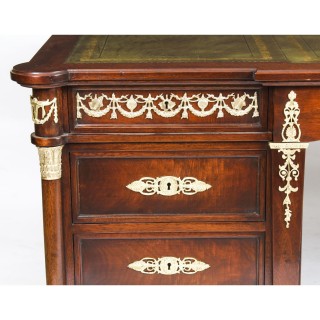 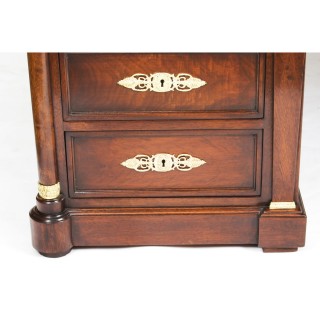 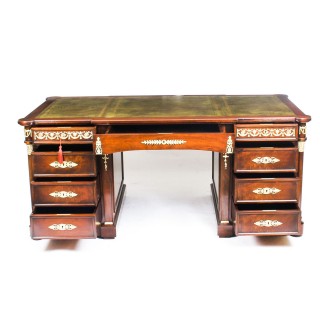 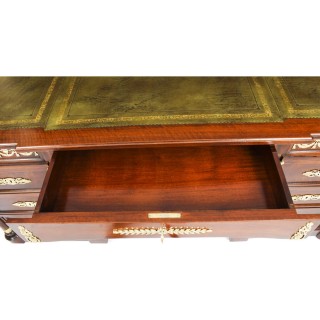 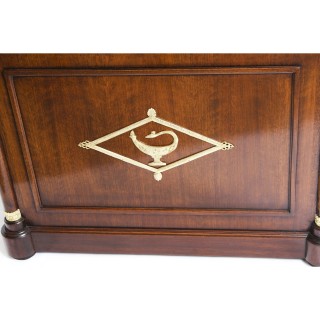 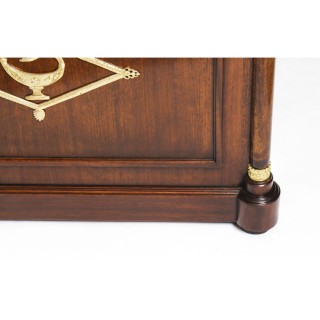 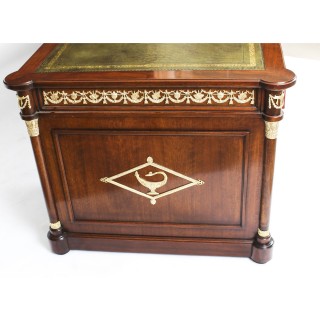 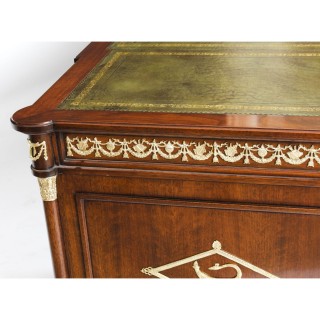 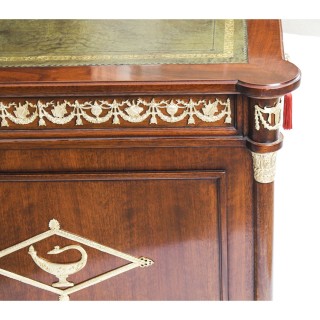 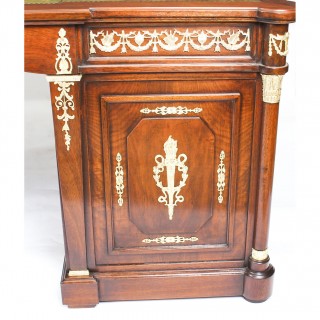 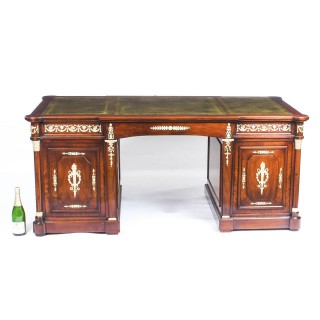 The desk has a round cornered rectangular top with an inset gilt-tooled leather writing surface above three frieze drawers flanked by anthemion ormolu mounts. There are a further three drawers in each pedestal and it is raised on plinth bases.

The desk features ninedrawers for maximum storage, it is freestanding with a beautifully panelled back and comes complete with the original working locks and keys.