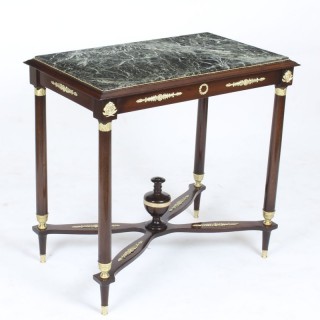 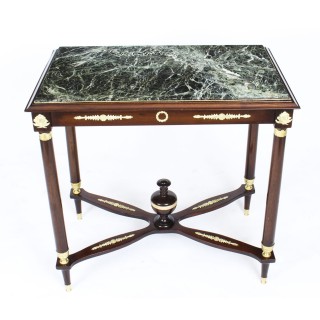 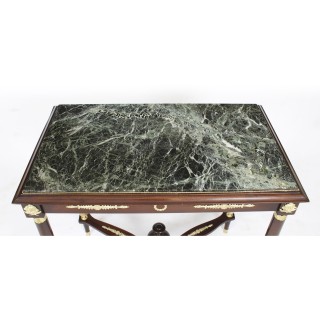 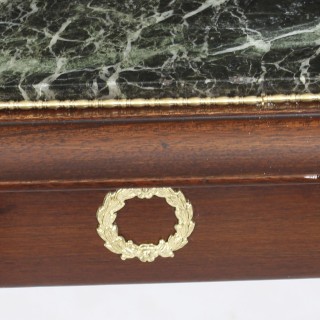 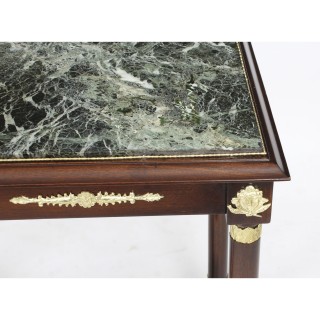 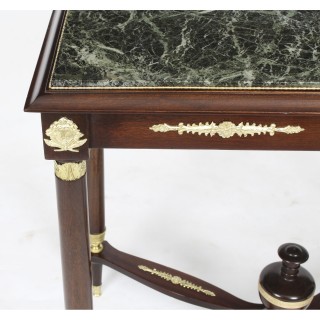 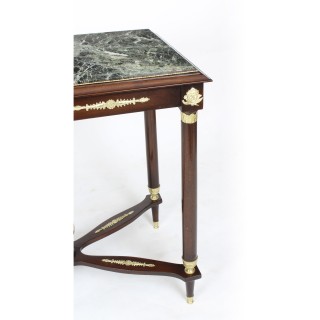 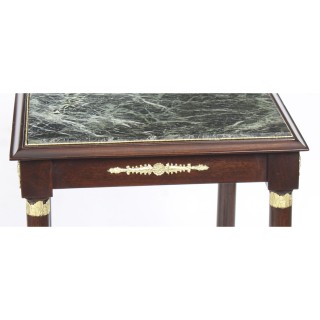 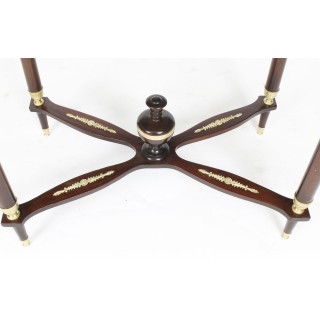 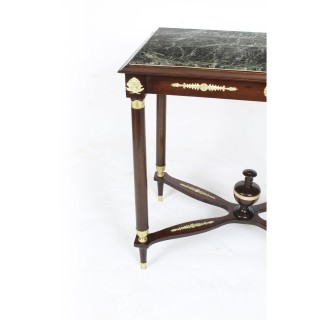 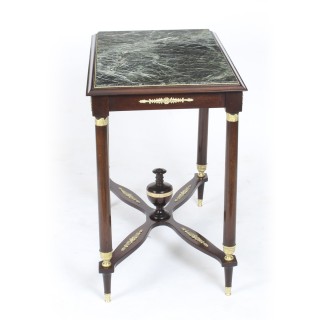 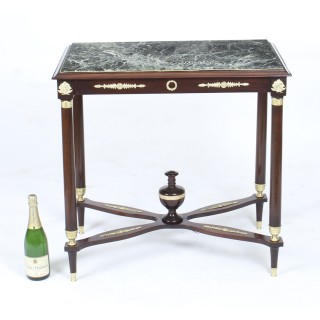 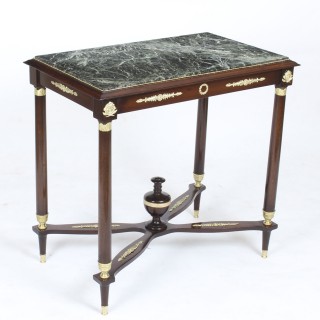 The inset verde antico green marble top is above a mahogany frieze with applied ormolu decorative mounts. The table is raised on four tapering turned supports with gilt capitals and plinths united by a cross stretcher and turned centre piece.

Add this elegant master piece to your home as it is sure to attract attention where ever it is placed.