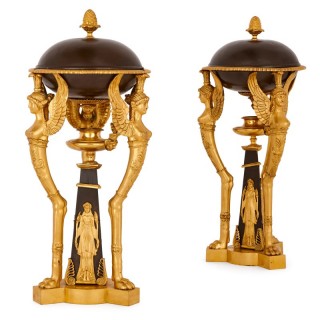 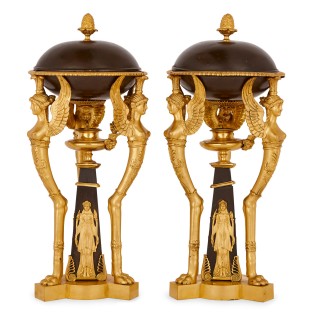 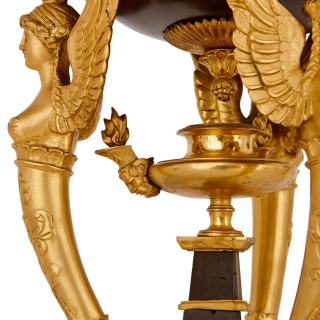 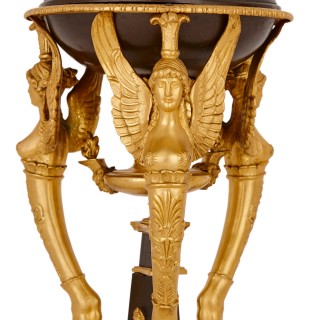 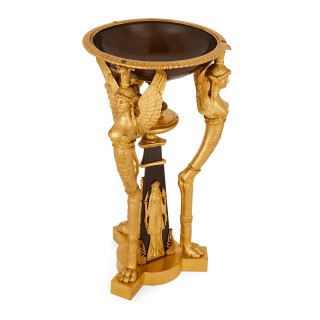 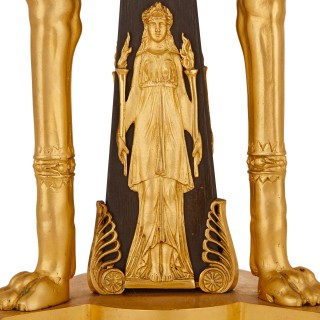 These beautiful vases were crafted in France in the 19th Century. They are designed in the style of decorative arts produced in the period when Napoleon Bonaparte was Emperor. Known as the Empire style, this mode is characterised by its use of classical Imperial Roman and ancient Egyptian motifs.

For each vase, the bowls are held up by three gilt bronze monopodia supports. These are shaped like sphinxes, each with the upper body of a winged woman set on a single leg on a lion paw foot. The legs are positioned around central patinated bronze obelisks which are topped by gilt bronze urns with twin satyr head handles. The obelisks are decorated with low-relief gilt bronze female figures bearing torches flanked by stylised palmettes. The vases are set on gilt bronze triform bases.