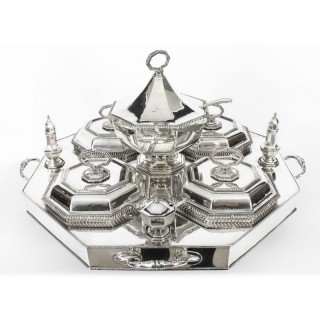 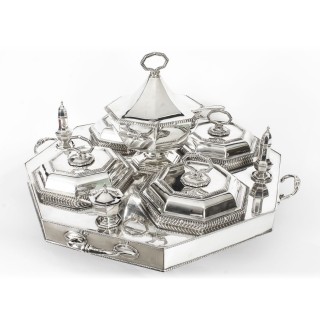 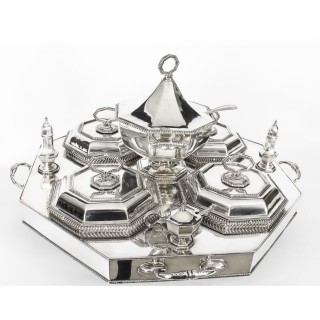 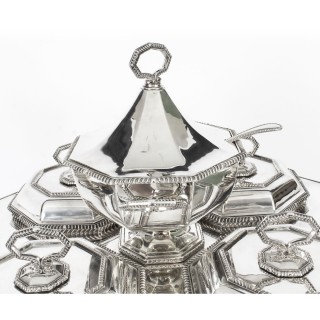 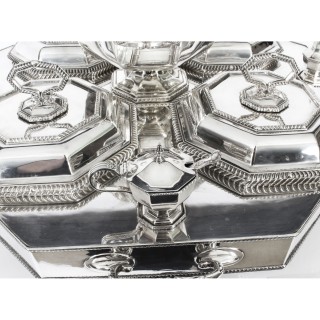 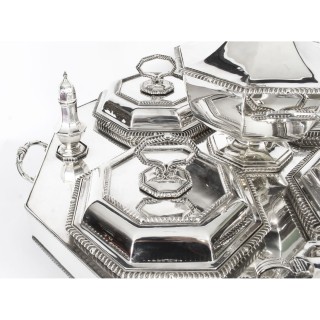 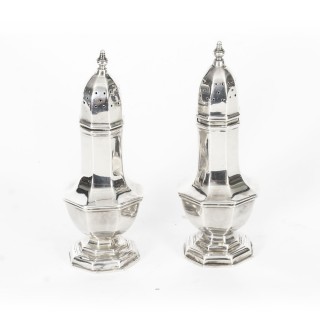 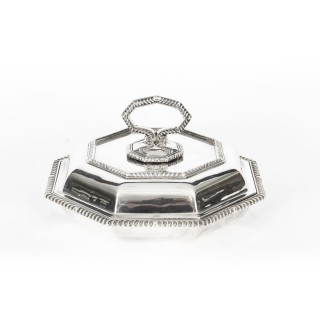 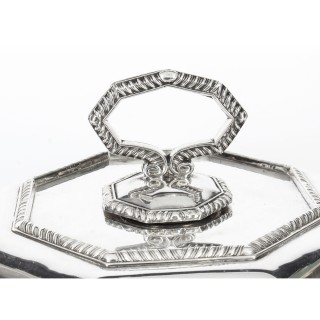 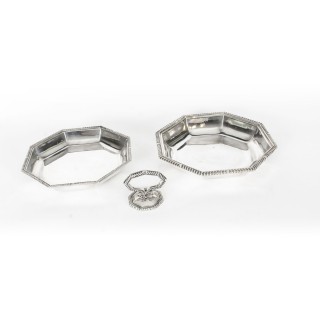 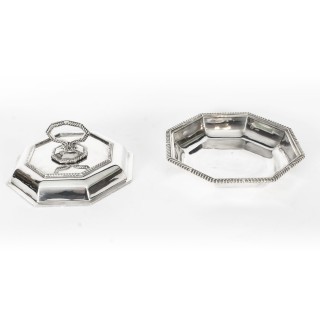 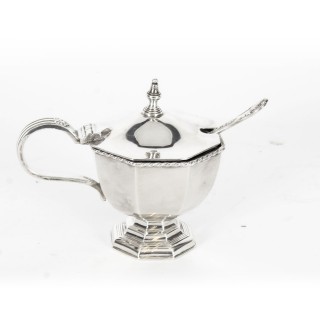 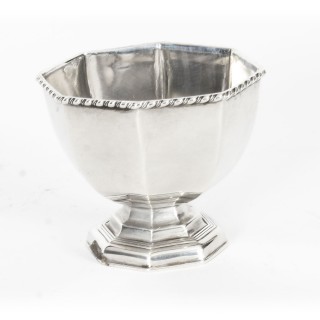 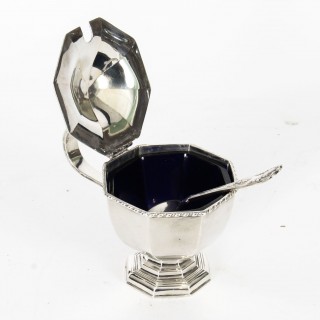 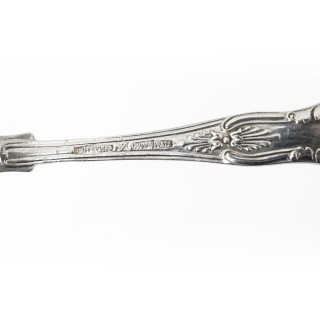 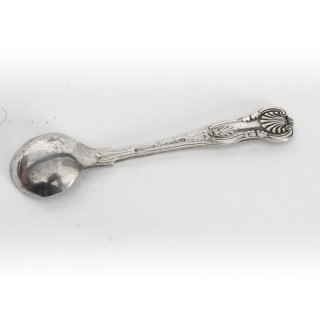 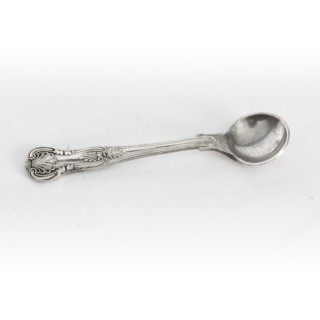 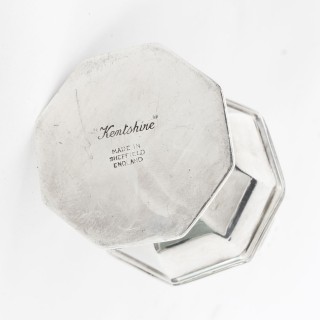 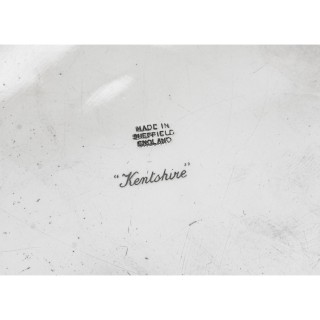 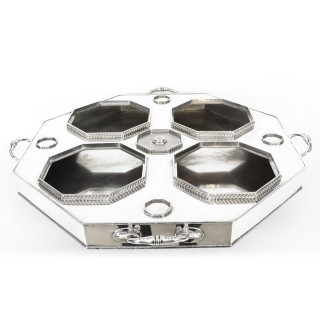 This is a superb and rare Antique Art Deco silver plated “Lazy Susan”, by Kentshire of Sheffield circa 1920 in date.

The octagon shaped rotating serving tray features a fitted central soup tureen with ladle, four lidded entree dishes, a salt and a pair of pepper shakers and a mustard with spoon. The compartment can be filled with hot water to keep the food warm and it can be emptied by a tap underneath.

The craftsmanship is second to none throughout all aspects of this piece and this exceptional ensemble is sure to add an unparalleled touch of class to any fine dining experience.

This item is English made and is silver on copper.

Lazy Susan (or Lazy Suzy) is a turntable rotating tray placed on a table or countertop to aid in moving food. They are usually circular and placed in the center of a circular table to share dishes easily among the diners.

It is likely that the explanation of the term Lazy Susan, and who Susan was, has been lost to history. Folk etymologies claim it as an American invention and trace its name to a product – Ovington’s $8.50 mahogany “Revolving Server or Lazy Susan – advertised in a 1917 Vanity Fair, but its use well predates both the advertisement and (probably) the country.

Part of the mystery arises from the variety of devices that were grouped under the term dumb waiter (today written “dumbwaiter”). An early 18th-century British article in The Gentleman’s Magazine describes how silent machines had replaced over-garrulous servants at some tables and, by the 1750s, Christopher Smart was praising the “foreign” but discreet devices in verse. It is, however, almost certain that the devices under discussion were wheeled serving trays similar to those introduced by Thomas Jefferson to the United States from France, where they were known as étagères.

At some point during or before the 3rd quarter of the 18th century, the name dumb waiter also began to be applied to rotating trays. Finally, by the 1840s, Americans were applying the term to small elevators carrying food between floors as well. The success of George W. Cannon’s 1887 mechanical dumbwaiter then popularized this usage, replacing the previous meanings of “dumbwaiter.”