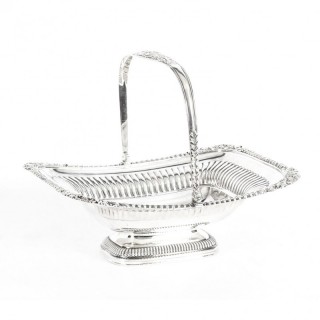 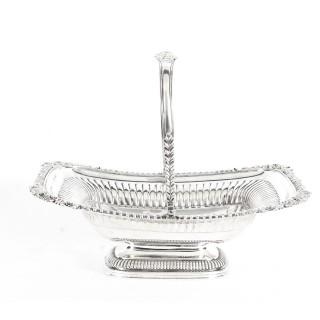 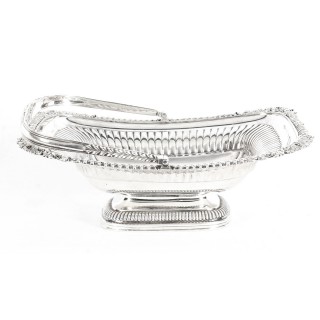 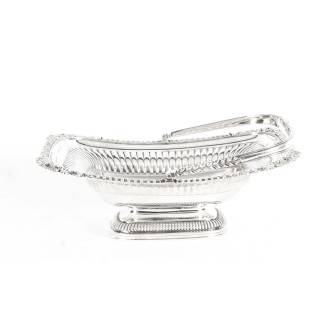 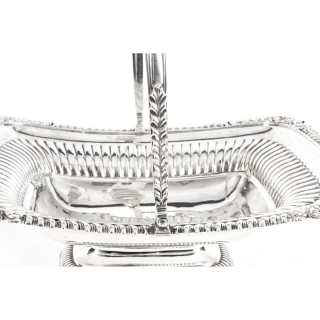 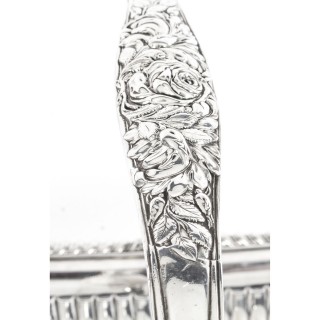 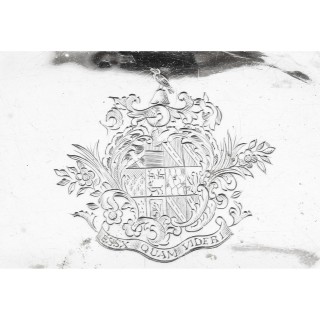 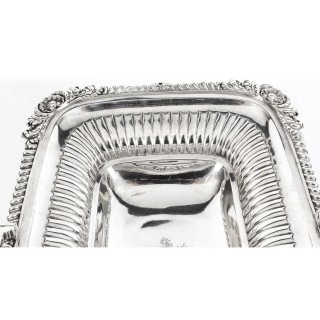 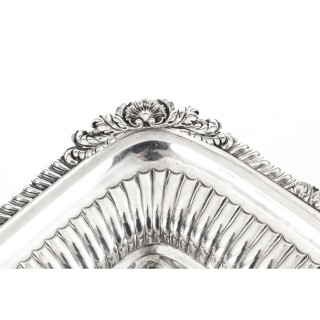 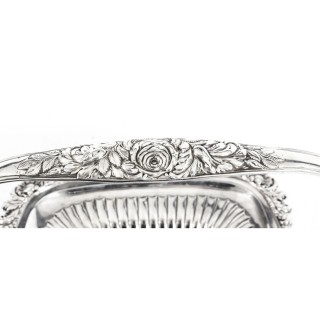 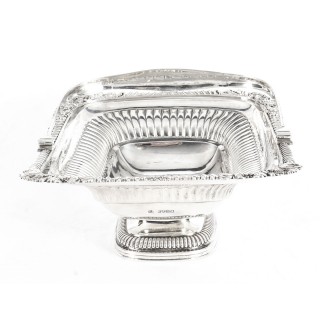 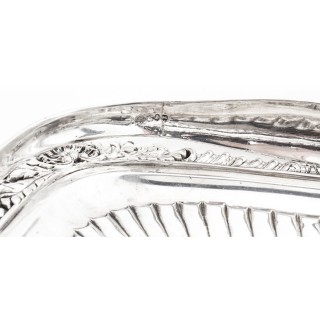 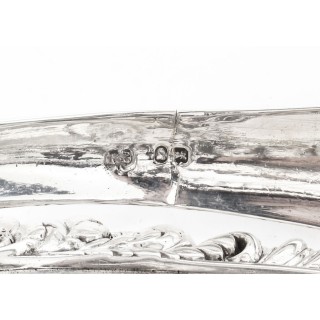 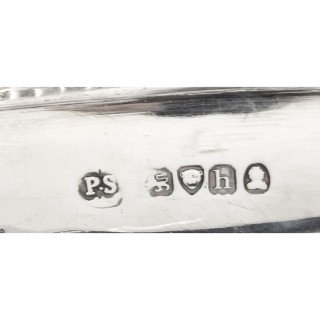 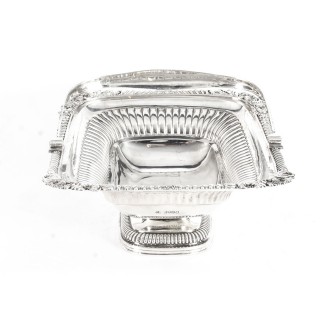 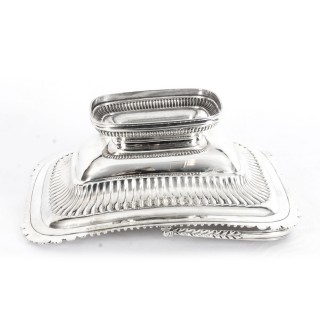 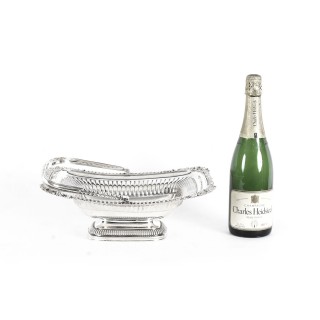 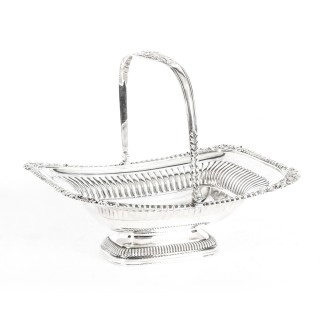 This magnificent basket is rectangular in shape and features a remarkable gadrooned rim which is further embellished with Rococo shells flanked by acanthus foliage decoration.

The bowl of the main body is decorated with striking fluted bands and the central plain panel is engraved with a fabulous coat of arms and Latin motto ‘Esse Quam Videri’ meaning “To be, rather than to seem”.

The delightful swing handle is decorated on the sides with foliate motifs and displays sublime floral decoration in the centre.

It stands on an attractive and sturdy rectangular foot with matching gadrooned design.

It bears the full hallmarks – Lion passant for sterling silver, Leopard head for London, letter ‘h’ for 1823 and the maker’s mark ‘P.S’ for Paul Storr.

Not only is this a very useful item, but it is also an extremely beautiful decorative piece in its own right – only to be expected from the incredible mastery of Paul Storr.

There is no mistaking its unique quality and design, which is sure to make it a treasured piece by any silver collector.