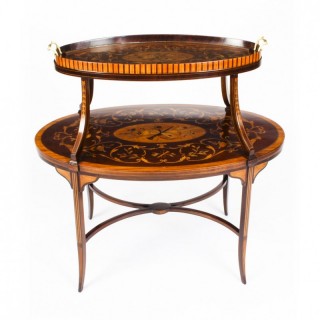 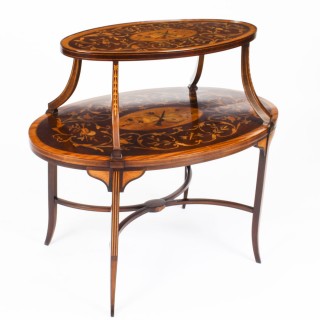 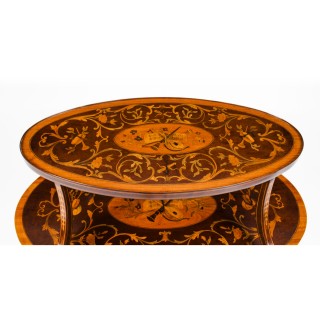 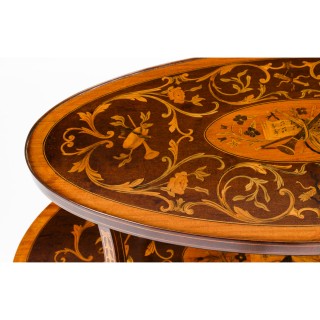 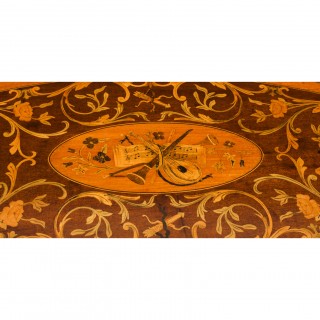 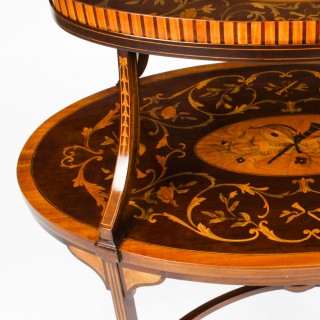 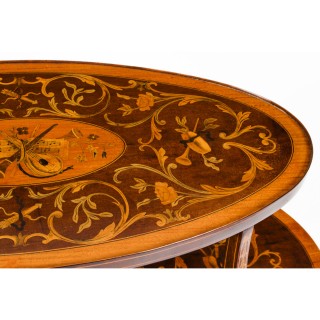 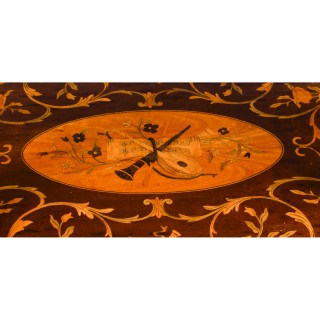 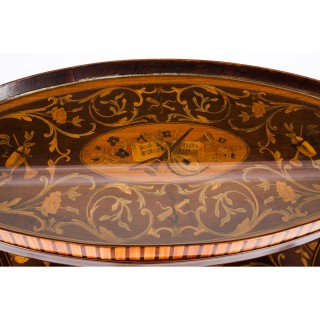 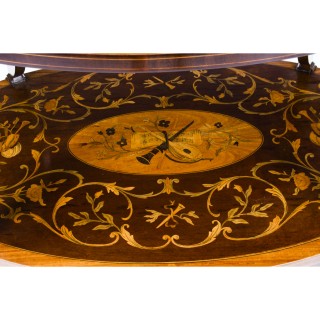 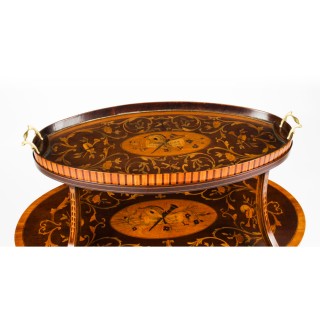 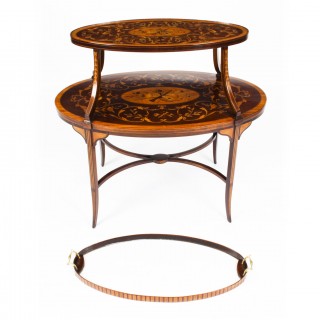 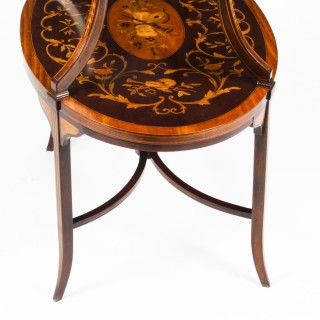 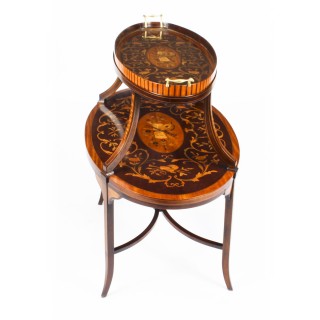 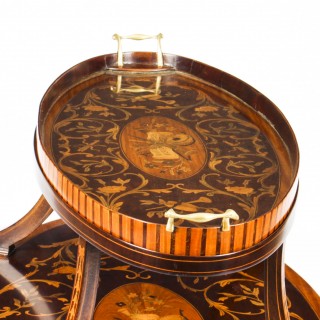 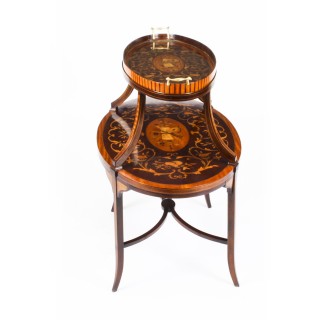 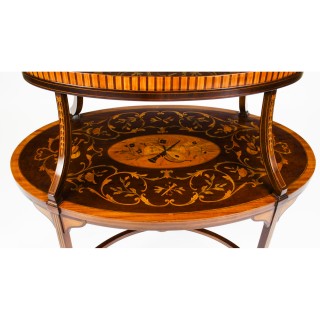 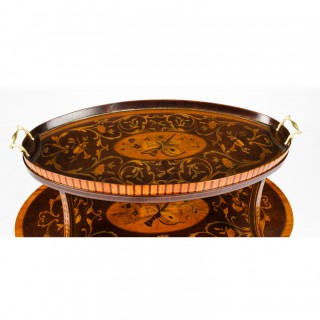 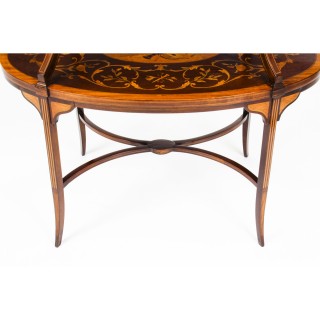 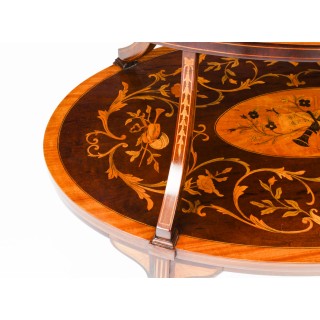 This is a truly exceptional antique English Edwardian mahogany and satinwood banded marquetry oval two tier ‘etagere’, in the manner of Edwards & Roberts, circa 1890 in date.

Crafted from the best flame mahogany, note the wonderful grain to the wood and the beautifully inlaid decoration with musical trophies within scrolling foliage and kingwood crossbanding.

Masterfully inlaid with Sheraton influences, this etagere has an elegant refined look.

The removable glass bottomed tray can be used to serve drinks, etc.

It is raised on elegant square section tapering outswept legs with a shaped cross stretcher.

Edwards & Roberts
was founded in 1845, and had premises at 21 Wardour Street London. By the 1892 they occupied more than a dozen buildings in Wardour Street, where they continued to trade until the end of the century.

They became one of the leading London cabinet makers and retailers working in a variety of styles, both modern and revivalist. Their business also involved retailing, adapting and restoring the finest antique furniture and there are many examples of their earlier furniture with later embellishments bearing their stamp.
Edwards & Roberts specialised in marquetry, inlay and ormolu.