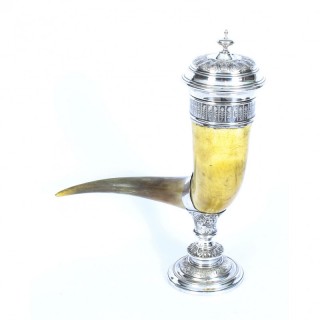 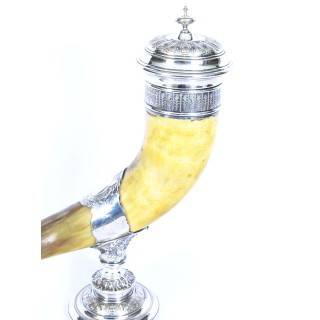 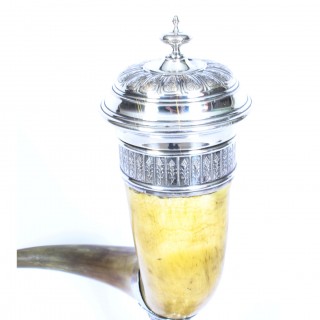 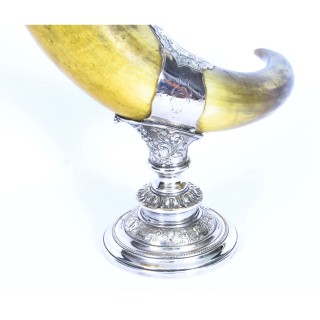 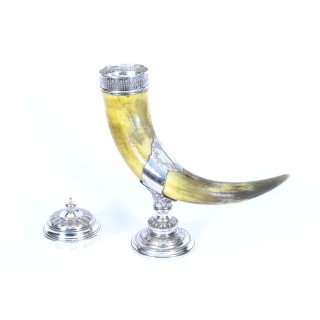 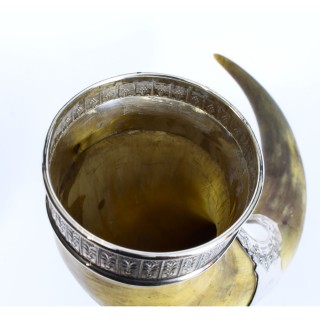 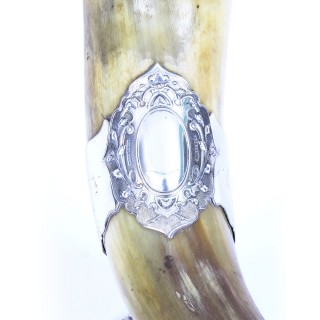 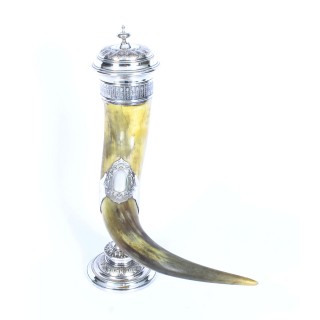 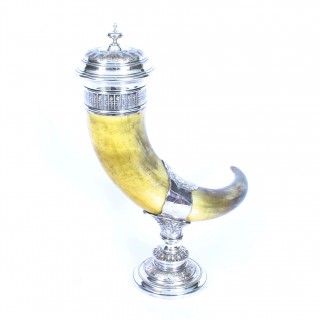 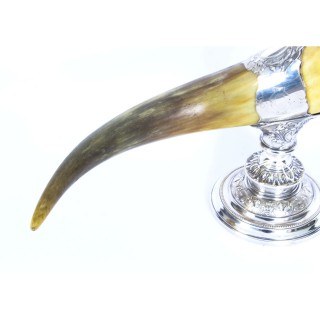 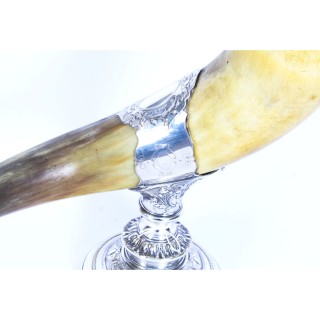 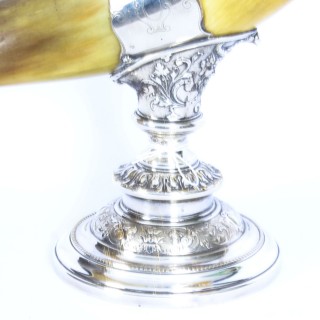 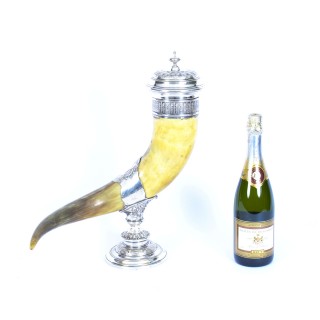 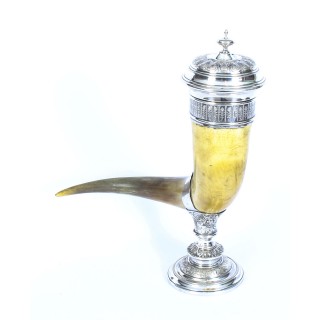 This is a large and decorative English antique silver plated horn cornucopia, circa 1860 in date.

The horn is mounted on a silver plated stand that rests on a delightful circular base decorated with acanthus leaves and winged cherubs.

The mounts and plaques have engraved and embossed decoration and the domed lid is decorated with a classical finial.

This stylish and highly decorative piece will look amazing in any room.

Mythology offers multiple explanations of the origin of the cornucopia. One of the best-known involves the birth and nurturance of the infant Zeus, who had to be hidden from his devouring father Kronus. In a cave on Mount Ida on the island of Crete, baby Zeus was cared for and protected by a number of divine attendants, including the goat Amalthea (“Nourishing Goddess”), who fed him with her milk. The suckling future king of the gods had unusual abilities and strength, and in playing with his nursemaid accidentally broke off one of her horns, which then had the divine power to provide unending nourishment, as the foster mother had to the god.

In another myth, the cornucopia was created when Heracles (Roman Hercules) wrestled with the river god Achelous and wrenched off one of his horns; river gods were sometimes depicted as horned.
The cornucopia became the attribute of several Greek and Roman deities, particularly those associated with the harvest, prosperity, or spiritual abundance, such as personifications of Earth (Gaia or Terra); the child Plutus, god of riches and son of the grain goddess Demeter; the nymph Maia; and Fortuna, the goddess of luck, who had the power to grant prosperity. In Roman Imperial cult, abstract Roman deities who fostered peace (pax Romana) and prosperity were also depicted with a cornucopia, including Abundantia, “Abundance” personified, and Annona, goddess of the grain supply to the city of Rome. Hades, the classical ruler of the underworld in the mystery religions, was a giver of agricultural, mineral and spiritual wealth, and in art often holds a cornucopia.