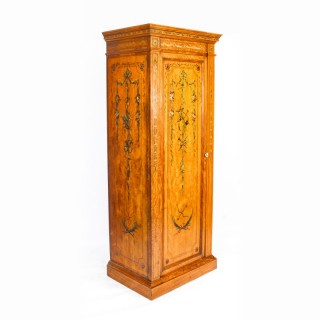 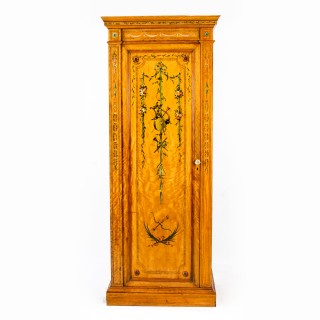 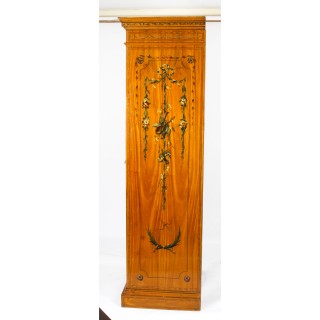 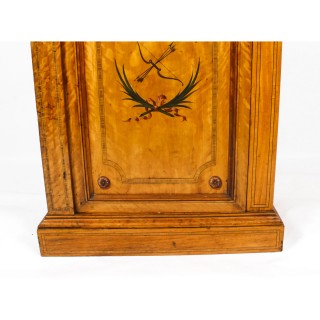 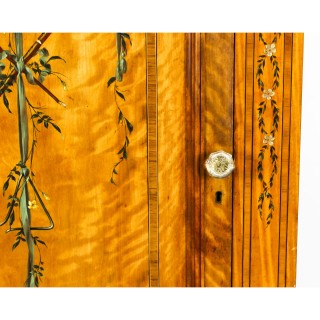 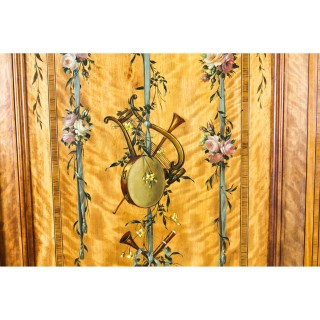 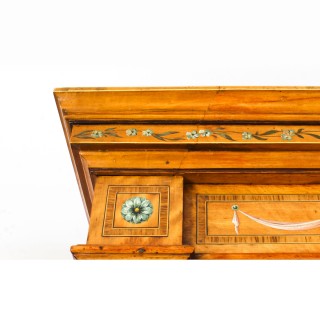 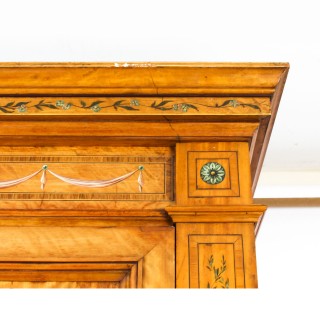 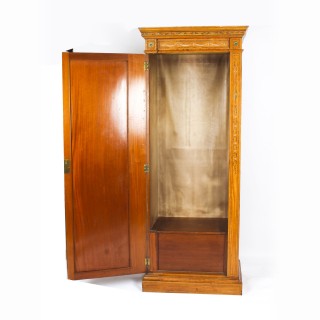 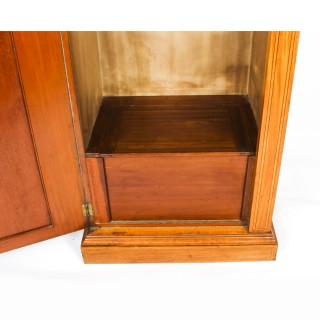 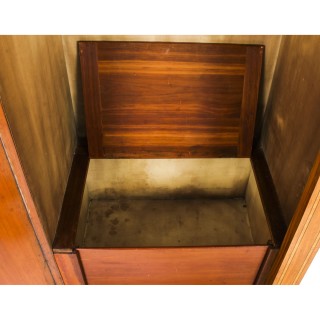 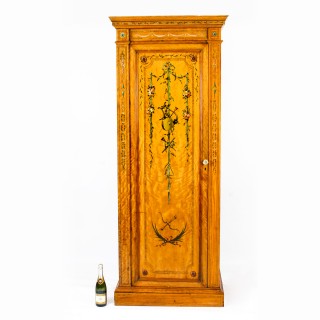 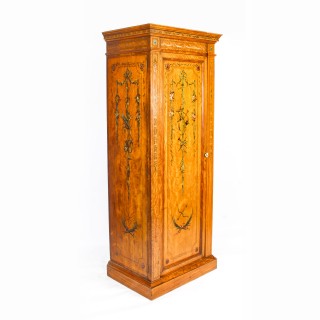 This is an impressive and rare antique English late Victorian Sheraton style satinwood wardrobe, circa 1880 in date.

This wonderful wardrobe is made from the finest quality satinwood and features magnificent hand-painted ribbon-tied garlands, palmettes, swags, and musical trophies, all in the manner of Angelica Kauffman, making it a true piece of artwork. Superbly executed in warm and cosy colour palettes – pink, green, red and white – these hand-painted decorations convey a sense of grace, elegance and finesse.

The straight moulded cornice stands above a moulded panel door which opens to reveal a roomy hanging space above a useful spacious laundry cupboard in the base.

It is raised on an elegant and sumptuous plinth base, and is complete with its original handle, working lock and key.

It is a truly rare and beautiful wardrobe which is also very capacious.

The lustrous, fine-grained, usually figured wood is used for furniture, cabinetwork, veneers, and backs of brushes. West Indian satinwood, sometimes called yellow wood, is considered superior. It is the golden yellow, lustrous, even-grained wood found in the Florida Keys and the West Indies.
It has long been valued for furniture. It is also used for musical instruments, veneers, and other purposes. Satinwood is classified in the division Magnoliophyta, class Magnoliopsida, order Sapindales, family Rutaceae.e.

The works of Angelica Kauffman have retained their reputation. By 1911, rooms decorated with her work were still to be seen in various quarters. At Hampton Court was a portrait of the duchess of Brunswick; in the National Portrait Gallery, a self-portrait. There were other pictures by her at Paris, at Dresden, in the Hermitage at St Petersburg, in the Alte Pinakothek at Munich, in Kadriorg Palace, Tallinn (Estonia).