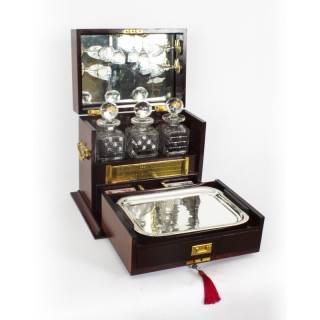 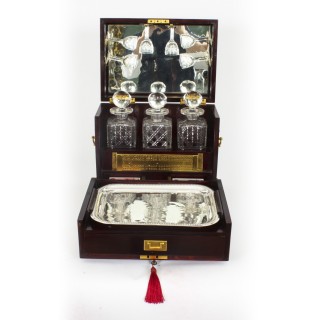 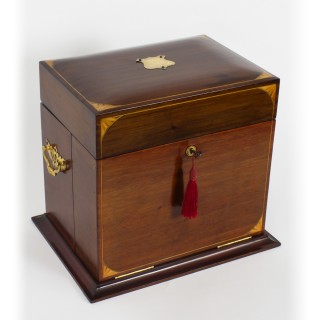 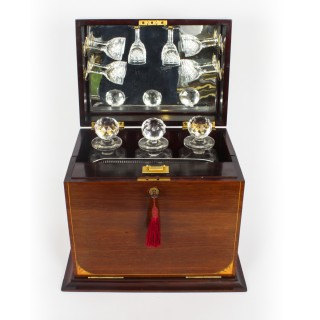 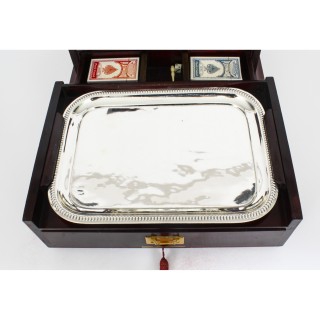 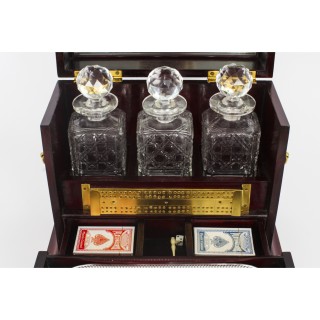 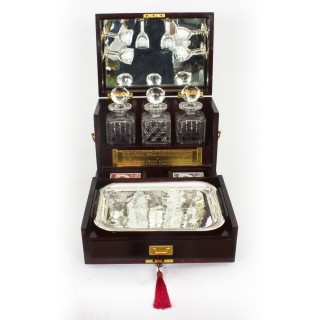 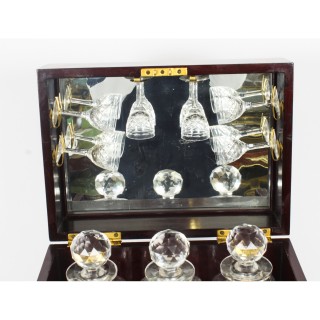 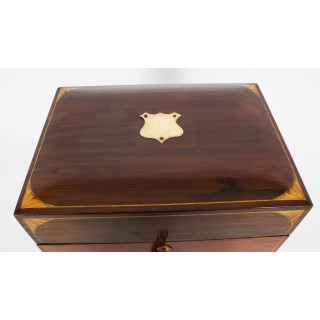 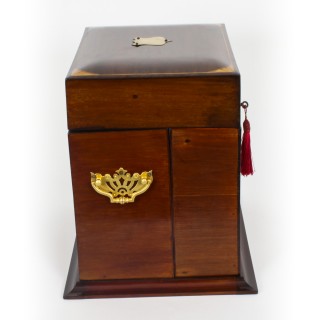 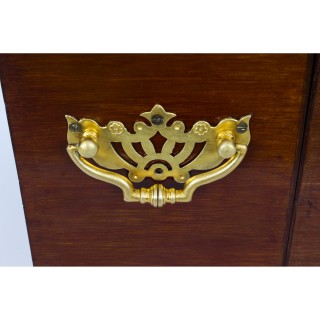 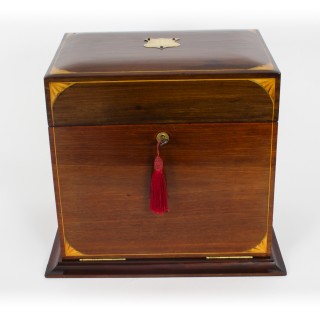 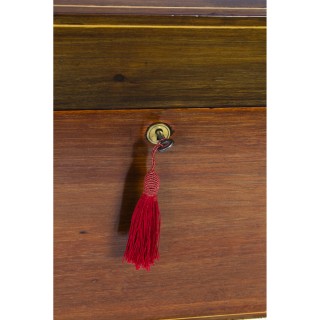 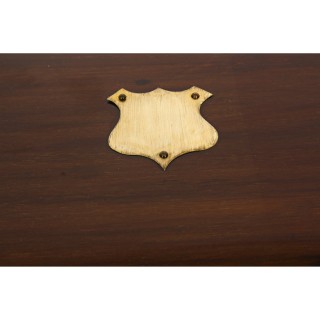 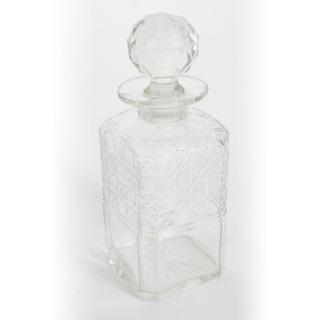 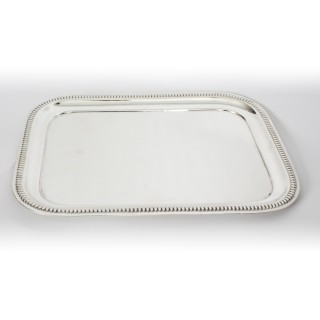 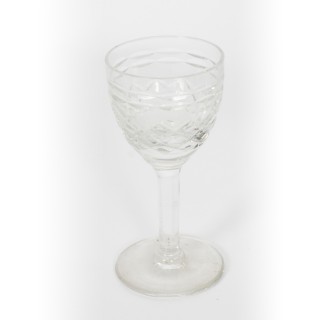 This is a fabulous antique English tantalus, circa 1880 in age. It consists of three cut crystal liquor bottles with stoppers, 6 etched stemmed glasses, a silver plated tray and a fitted cribbage board – all housed in a magnificent mahogany casket inlaid with satinwood and boxwood with shell fan inlaid corners, the interior lined with a bevelled mirror and accented with brass handles and details .

Inside it has 2 drawers, one with a decorative brass handle, providing space for playing cards. The second one is a hidden drawer which opens automatically when the tantalus is opened.

It is fitted with a working high quality Bramah lock complete with key.

Tantalus
is a type of liquor decanter in which the bottle stoppers are locked down tightly by a metal bar. This was to prevent the theft of the contents by servants. Like the name suggests, the decanters themselves are visible, drawing temptation while unattainable. A key is required for entry.

Tantalus derived its name from the story of the mythological Greek king, Tantalus, mortal son of Zeus and Pluto. To be tantalized is to be tempted with the unattainable, and the king was sorely tested. He was condemned to an eternity in Hades for angering the Gods and was forced to stand forever in water that, when he bent to drink, would recede and to gaze upon foods he could only reach for and never grasp.

Bramah
is London’s oldest security company. Established at 124 Piccadilly, London in 1784, and today based in Marylebone, London and Romford, Essex.

Bramah made their first lock in 1784 and the patent was awarded in 1787. The designer was Joseph Bramah. Joseph Bramah was a leading inventor of the industrial revolution, patenting over 18 new ideas, including a new valve for the water closet (toilet), the hydraulic pump, a fountain pen, and a fire engine.

Bramah also introduced a beer hand pump for use at the bar, to prevent fluid loss when barmen went downstairs to pour a new jug! Due to the quality of his manufacturing, his name became a by-word amongst British Engineers for engineering excellence and many of his inventions are on display in the Science Museum in London. You can find one of his original toilets still working in Osborne House, Queen Victoria’s home on the Isle of Wight.

The Bramah lock was unique and advanced property and valuables protection enormously. Indeed it was 50 years ahead of any Chubb lock and 70 years ahead of Yale. Original Bramah locks are most often found on the highest quality homes and furniture.

Cribbage, or crib, is a card game traditionally for two players, but commonly played with three, four or more, that involves playing and grouping cards in combinations which gain points. Cribbage has several distinctive features: the cribbage board used for score-keeping, the eponymous crib or box (a separate hand counting for the dealer), two distinct scoring stages (the play and the show) and a unique scoring system including points for groups of cards that total fifteen.