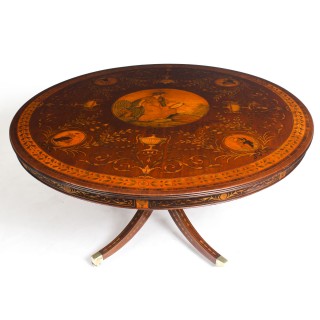 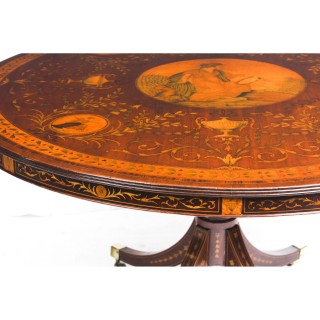 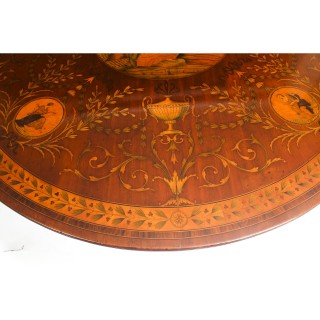 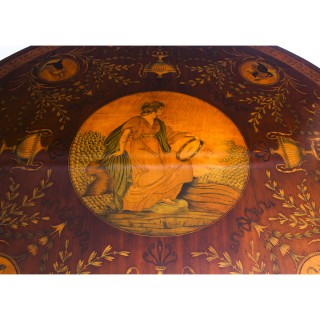 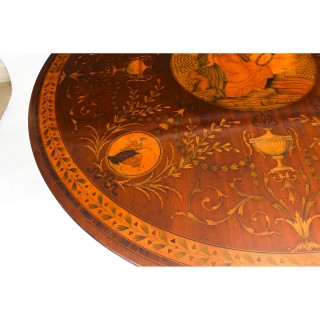 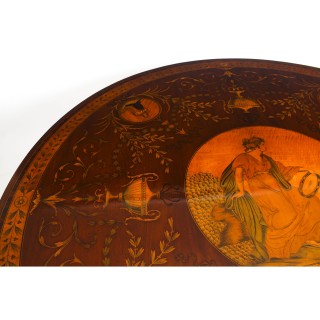 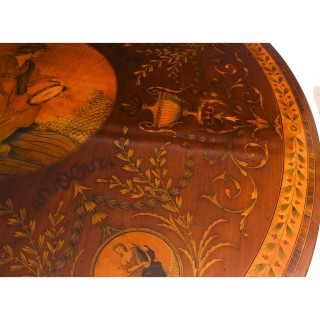 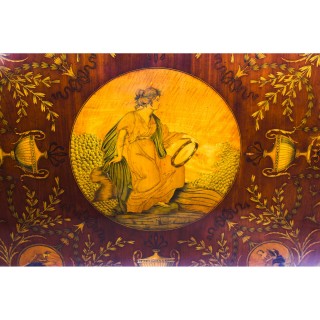 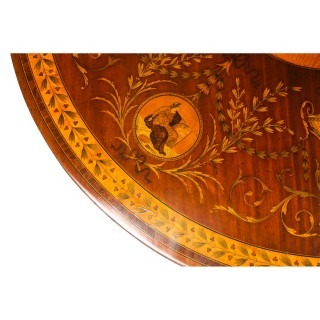 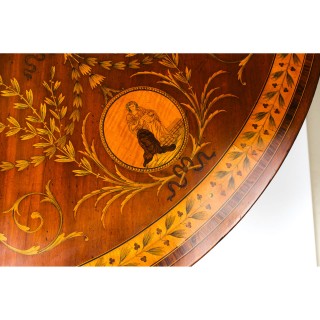 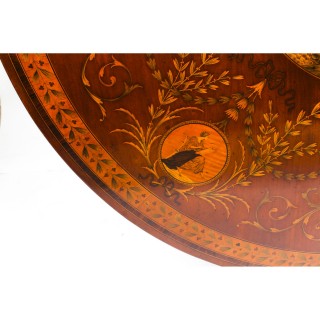 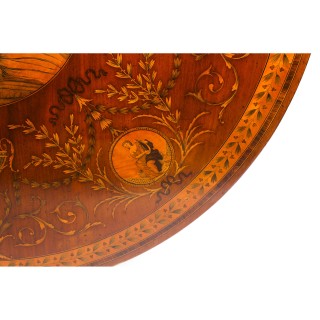 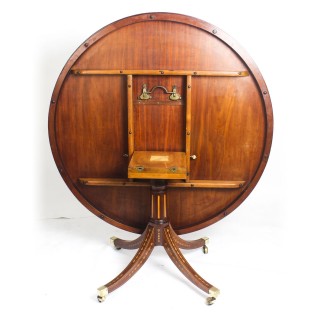 It stands on a circular fluted stem with four floral inlaid splayed legs that terminate in square cup casters. The table top can be raised 90 degrees when required by using the brass catch on the underside.

It is extremely versatile and can be placed in your hallway, living room, dining room, or reception.

Condition:
In really excellent original condition having only been cleaned and waxed, please see photos for confirmation.

Edwards & Roberts
The firm Edwards & Roberts was one of the best English antique furniture cabinet makers of the second half of the eighteenth century. The company was founded in 1845 and by 1854 was trading as ‘Edwards & Roberts’, 21 Wardour Street, Antique and Modern Cabinet Makers and Importers of Ancient Furniture’. By 1892 they occupied more than a dozen buildings in Wardour Street, where they continued to trade until the end of the century.

They became one of the leading London cabinet makers and retailers producing high quality furniture and working in a variety of styles, both modern and revivalist. Their business also involved retailing, adapting and restoring the finest antique furniture and there are many examples of their earlier furniture with later embellishments bearing their stamp. The quality of timber used was always the best quality with fine burr walnuts, finely figured mahogany and lighter toned satinwood as they specialised in marquetry, inlay and ormolu.