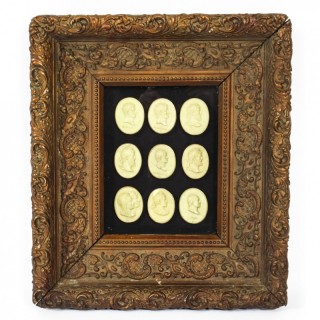 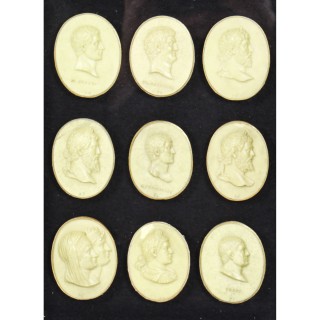 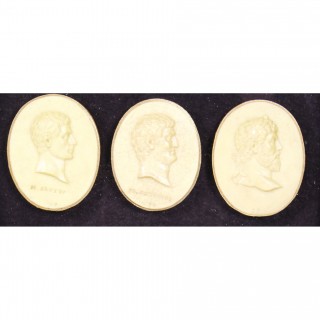 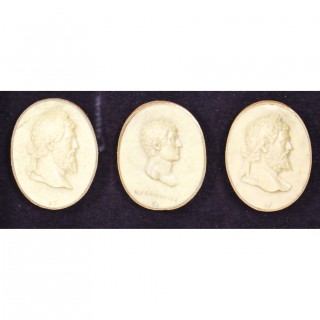 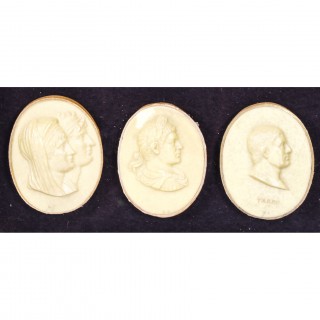 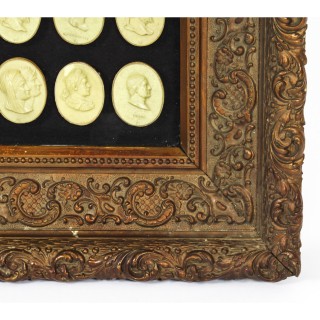 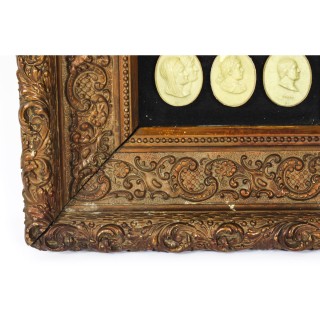 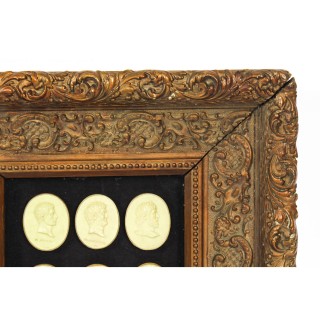 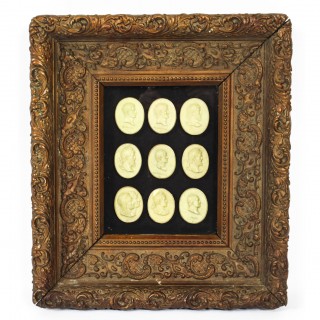 The medallions are each of oval form and are cast with individual classical heads of Emperors in profile. They are superbly mounted and arranged in their original giltwood display frame, which is carved in relief with acanthus, foliate and floral decoration.

Charles James Fox (24 January 1749 – 13 September 1806), styled The Honourable from 1762, was a prominent British Whig statesman whose parliamentary career spanned 38 years of the late 18th and early 19th centuries and who was the arch-rival of William Pitt the Younger.