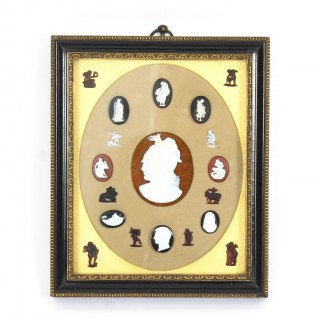 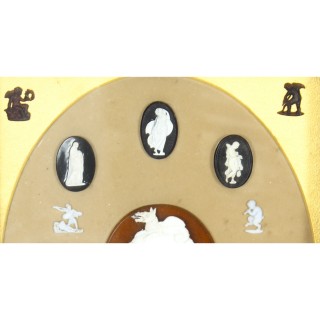 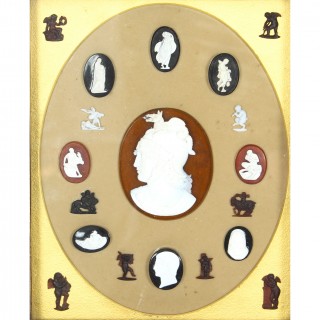 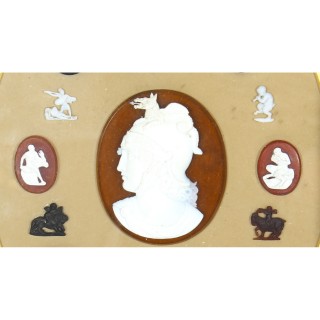 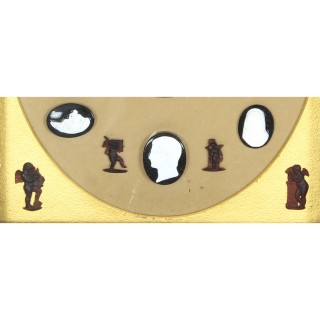 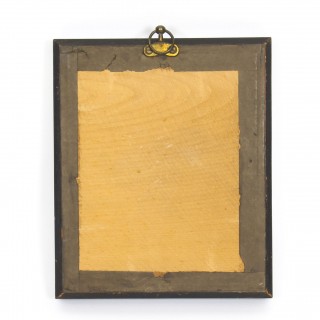 A fine group of Grand Tour gem cameo intaglios mounted in a glazed frame, in the manner of James Tassie, of various historical figures dating from the 19th Century.

The intaglios are beautifully mounted on the gilt inner oval frame with a light brown ground in a rectangular black lacquer frame decorated with ormolu beaded and egg and dart bands.

James Tassie (1735–1799)
Was a Scottish gem engraver and modeller. He is remembered for a particular style of miniature medallion heads, portraying the profiles of the rich and famous of Britain, and for making and selling large numbers of “Tassie casts” of engraved gems for collectors.

The Grand Tour
Was the traditional trip around Europe, often lasting three to four years, undertaken by the wealthy upper-class English during the 16th and 17th century. Their prime interest was to visit cities that were considered major centres of culture; Paris, Rome, Venice, Florence and Naples were popular destinations.