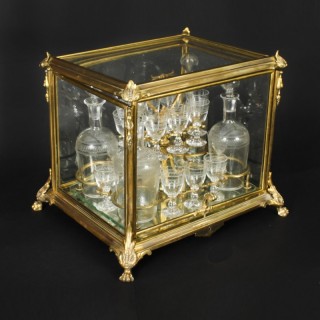 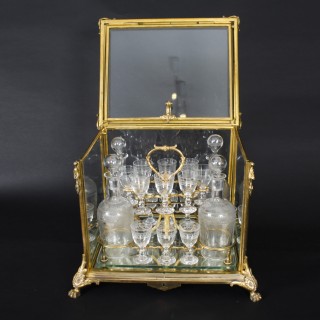 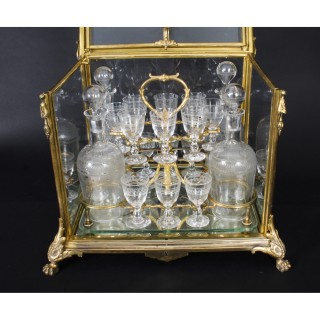 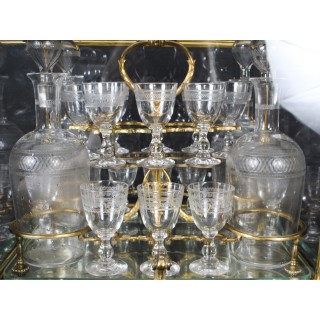 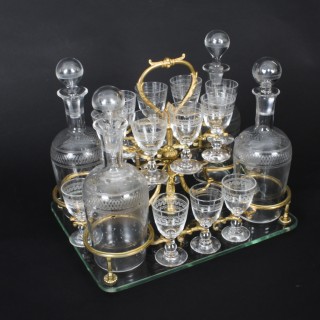 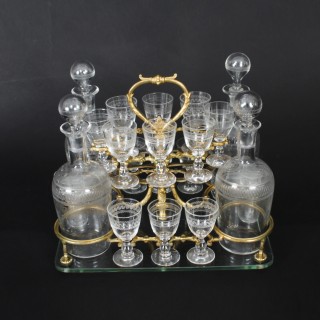 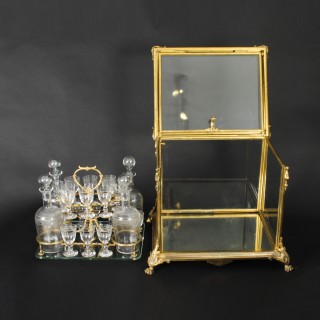 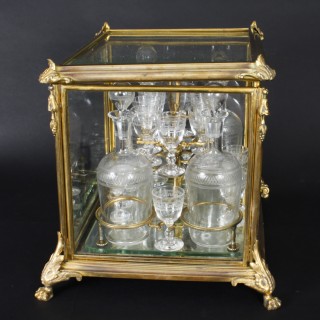 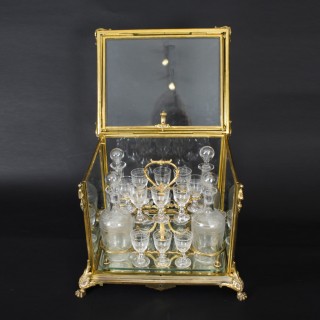 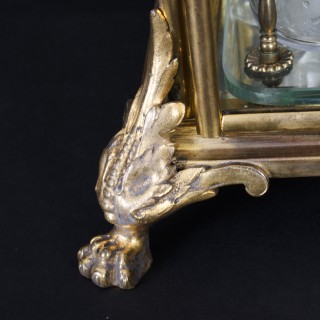 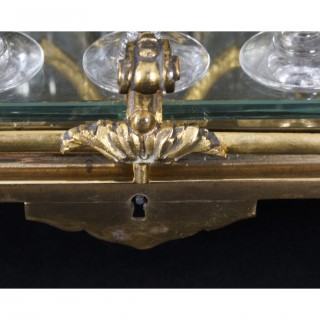 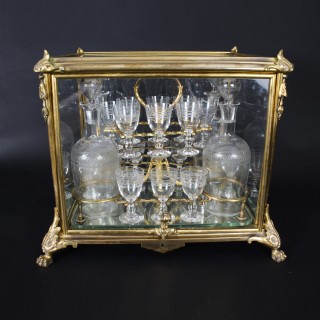 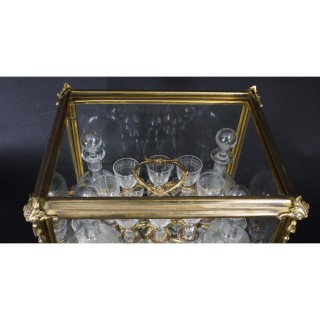 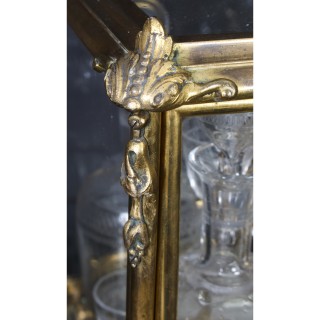 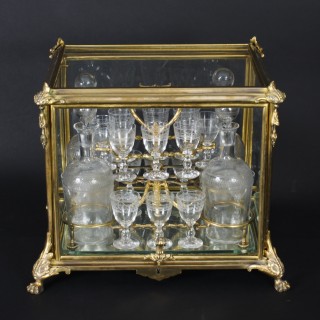 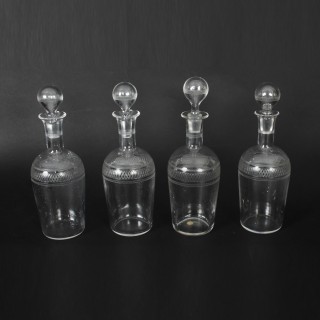 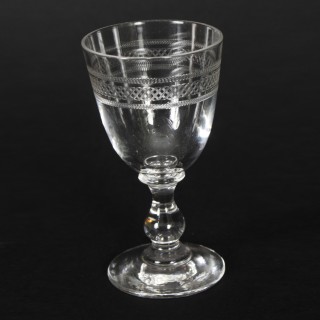 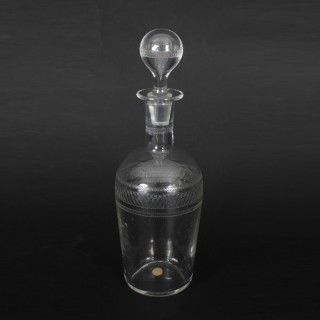 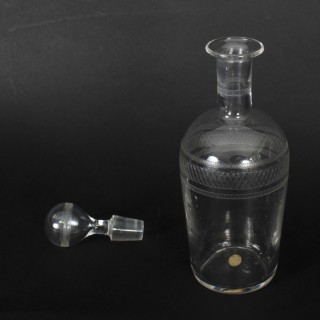 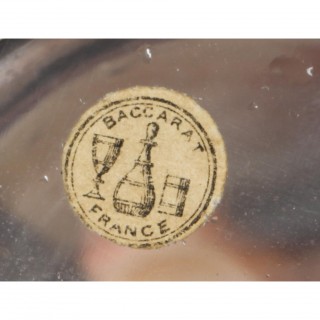 This is an exquisite antique French Napoleon III Bacarrat ormolu and glass Cave a Liqueur, or tantalus, circa 1860 in date.

The Cave a Liqueur features an ormolu case with glass panels and an ‘up and over’ lid enclosing a gilt bronze frame containing sixteen small glasses and four decanters with stoppers, on all on finely cast paw feet. One decanter with a Bacarrat label to the underside

The glasses and decanters are beautifully engraved with geometric decoration.

It is an absolutely superb set which is sure to attract a lot of attention.

Condition:
In really excellent condition with no damage, please see photos for confirmation.

In 1764 King Louis XV of France gave permission to found a glassworks in the town of Baccarat in the Lorraine region in eastern France to Prince Bishop Cardinal Louis-Joseph de Laval-Montmorency (1710-1802). Production consisted of window panes, mirrors and stemware until 1816 when the first crystal oven went into operation. By that time over 3000 workers were employed at the site.
Baccarat received its first royal commission in 1823. This began a lengthy line of commissions for royalty and heads of state throughout the world. In 1855 Baccarat won its first gold medal, at the World’s Fair in Paris. Baccarat first began marking its work with a registered mark in 1860. The mark was a label affixed to the bottom of the work. In the period 1846-1849 Baccarat signed some of their high quality glass millefiori paperweights with the letter B and the year date in a composite cane. A special paperweight dated 1853 was found under the cornerstone of a bomb damaged church in Baccarat when construction recommenced after World War II. The crystal production expanded its scope throughout this period, and Baccarat built a worldwide reputation for making fine stemware, chandeliers, barware, and perfume bottles.
The Imperial Era ended in 1870 with the defeat of Napoléon III. Influences outside France began to have a stronger influence on Baccarat’s work during this era, particularly imports from Japan. The world’s largest chandelier and a staircase lined with a Baccarat crystal balustrade adorn the Dolmabahçe Palace in Istanbul. Strong growth continued in Asia for Baccarat. Baccarat has become quite famous at the royal houses. The queen of Portugal , for example, commissioned for her private collection decorative pieces and tableware (currently exhibited in the Ajuda National Palace ). One of the strongest production areas for Baccarat was perfume bottles, and by 1907 production was over 4000 bottles per day. In 1936 Baccarat began marking all of its works via acid or sandblasting.
Baccarat created an American subsidiary in 1948 in New York City. They started to produce pieces based on Cylon designs, as the famous Cylon Carrier – Napoleon Hat piece (1958). The chairman of Baccarat from 1960 to 1992 was René de Chambrun, former Vichy France’s Prime Minister Pierre Laval’s son-in-law.