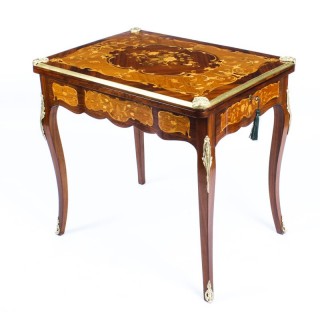 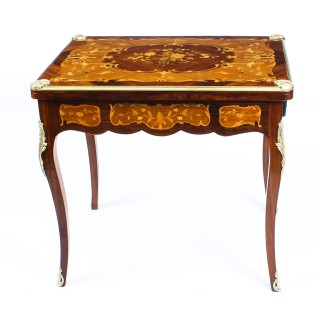 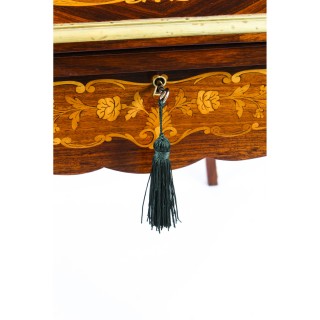 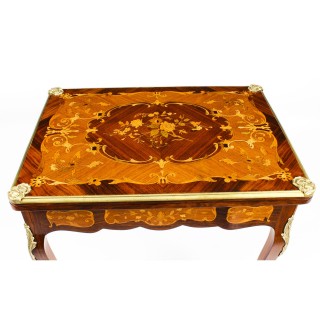 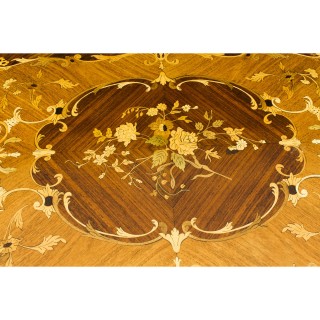 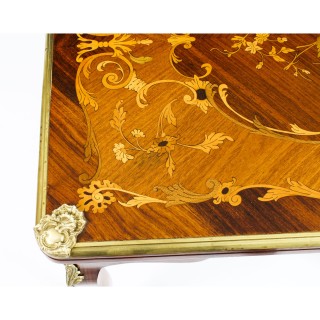 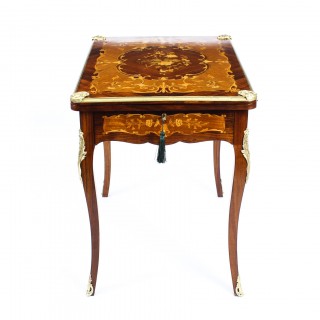 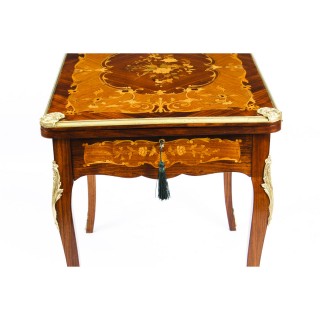 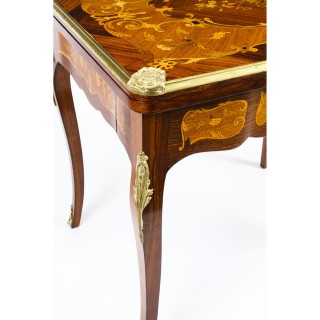 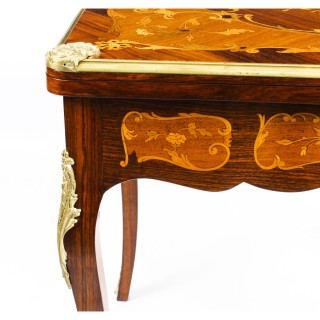 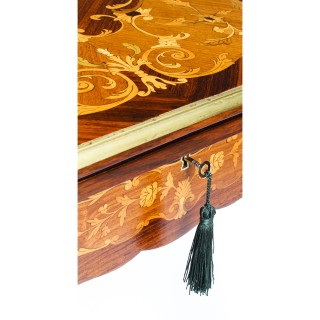 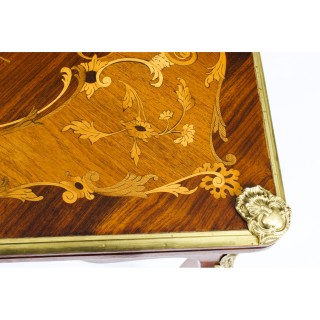 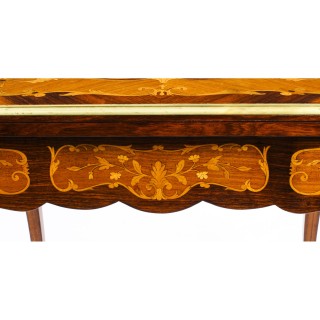 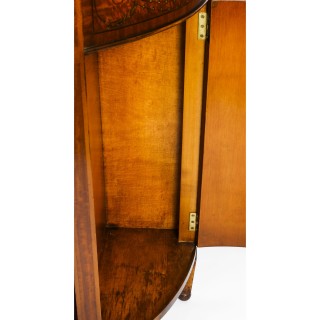 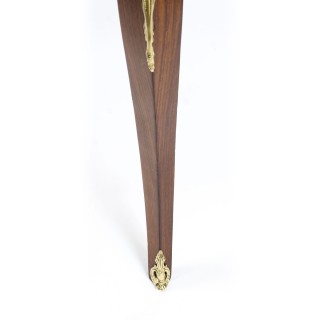 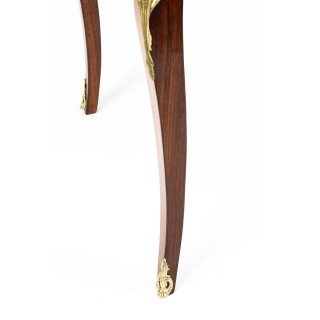 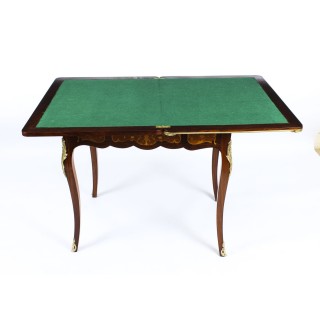 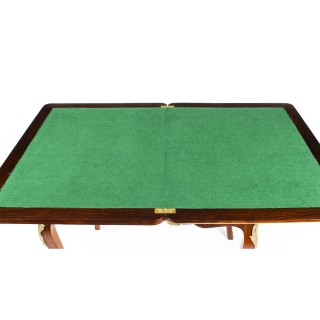 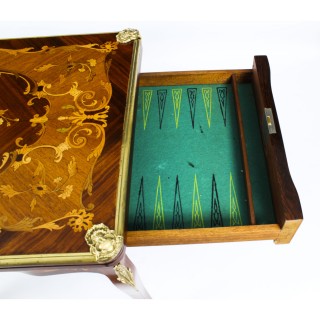 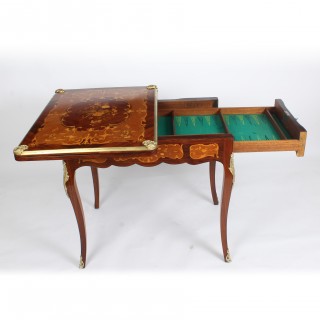 The top with ormolu banded edge, the floral marquetry decoration exhibits a stunning array of exotic woods to include walnut, satinwood, and kingwood.

The attractive ormolu mounts only enhance the overall appearance of this superb piece of French craftsmanship. The table is raised on cabriole legs with ormolu mounts and feet.

The top opens to reveal a baize lined interior for playing cards, you then swivel the top to reveal the backgammon table.