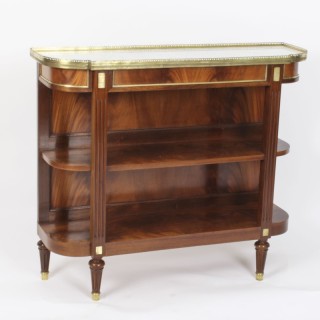 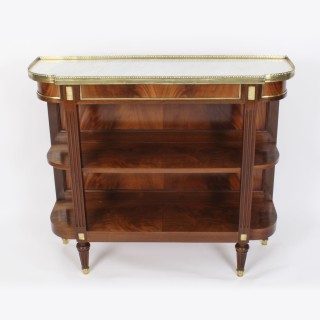 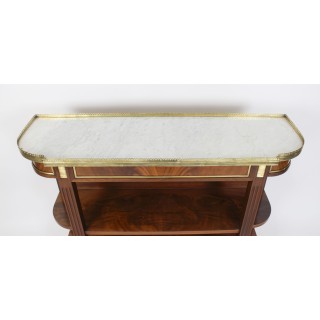 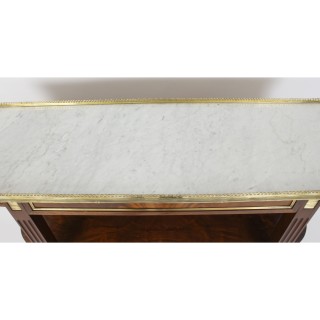 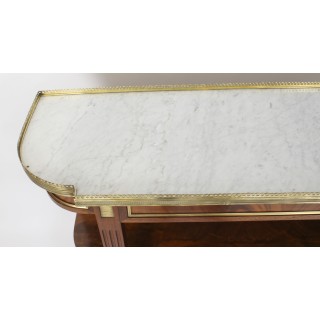 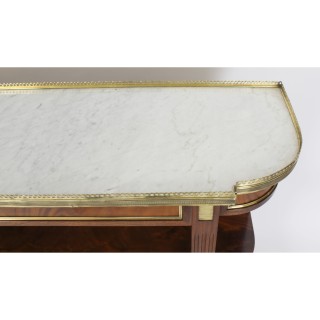 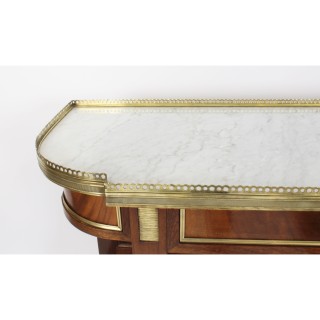 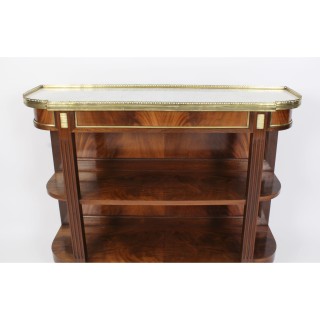 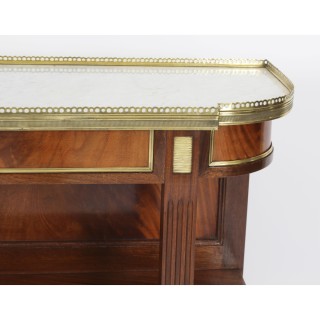 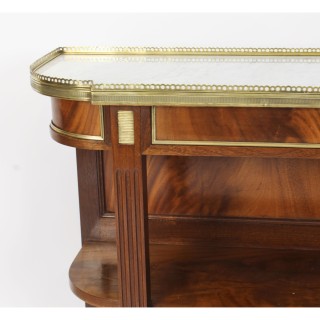 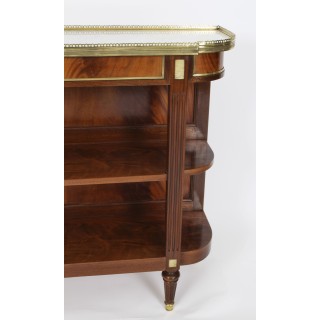 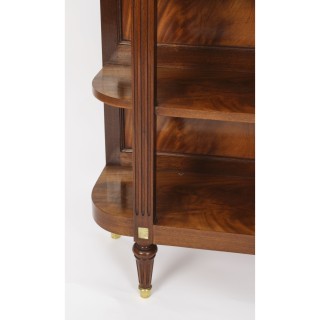 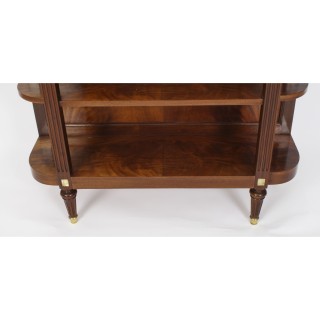 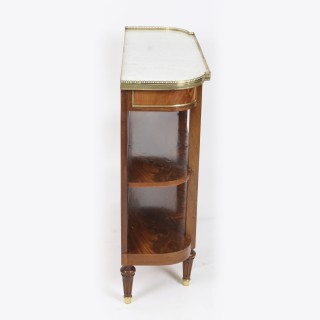 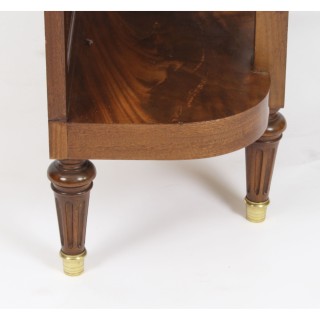 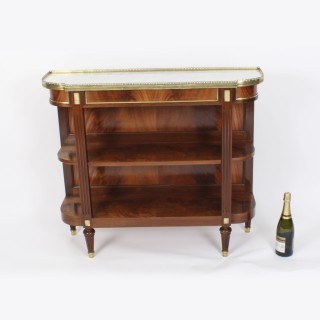 The cabinet is raised on reeded toupie feet that terminate in ormolu sabots.

Add a touch of elegance to a special room in your home with this superb antique serving table.

Directoire
style was a period in the decorative arts, fashion, and especially furniture design in France concurrent with the Directory (November 2, 1795–November 10, 1799), the later part of the French Revolution. The style uses Neoclassical architectural forms, minimal carving, planar expanses of highly grained veneers, and applied decorative painting. It is a style transitional between Louis XVI and Empire.

The Directoire style was primarily established by the architects and designers Charles Percier (1764–1838) and Pier François Léonard Fontaine (1762–1853). In its use of Neoclassical architectural form and decorative motifs the style anticipates the slightly later and more elaborate Empire style, which was introduced after Napoleon established the First French Empire.

It reflected the Revolutionary belief in the values of republican Rome.

Carrara marble – is a type of white or blue-grey marble popular for use in sculpture and building decor. It is quarried at the city of Carrara in the province of Massa-Carrara (Tuscany, Italy).

Carrara marble has been used since the time of Ancient Rome; the Pantheon and Trajan’s Column in Rome are constructed of it. Many sculptures of the Renaissance, such as Michelangelo’s David, were carved from Carrara marble. For Michelangelo at least, Carrara marble was valued above all other stone, except perhaps that of his own quarry in Pietrasanta. The Marble Arch in London and the Duomo di Siena are also made from this stone, as are the interiors of Manila Cathedral, the cold-white marbles of the Sheikh Zayed Mosque and the campus of Harvard Medical School.