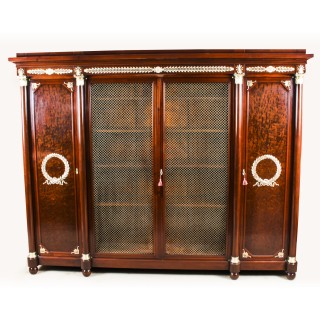 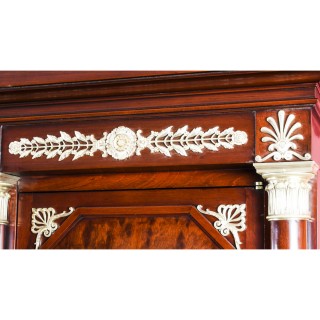 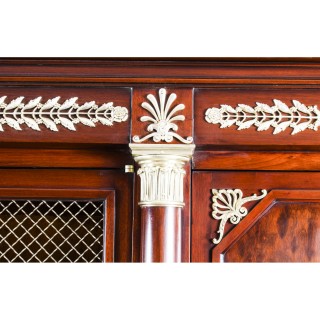 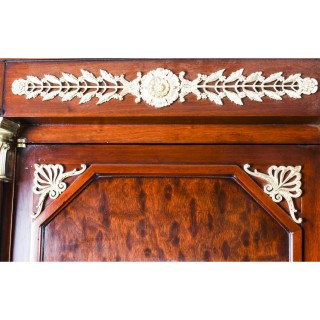 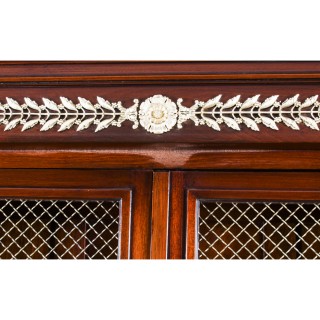 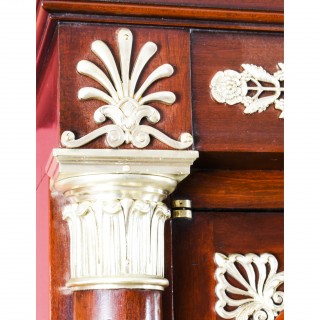 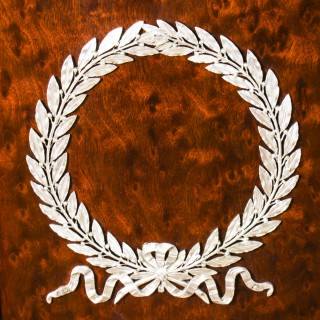 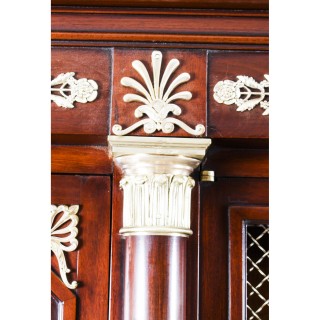 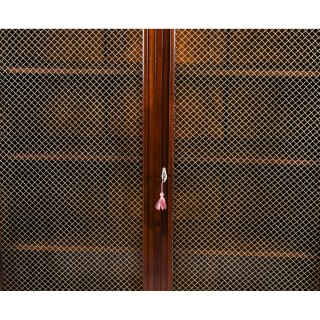 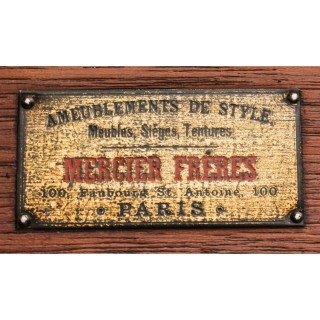 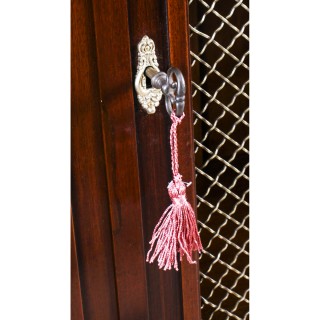 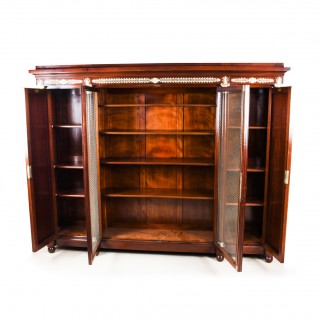 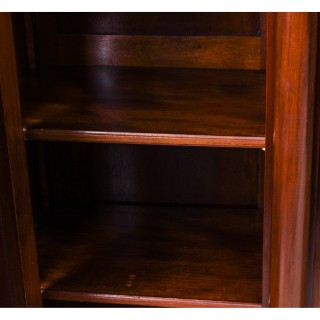 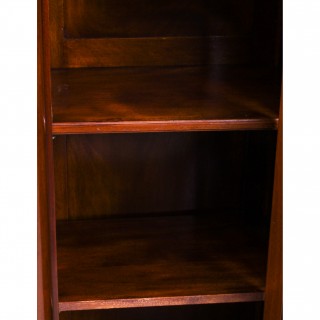 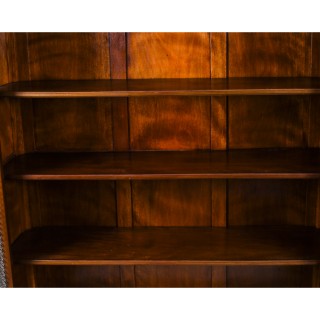 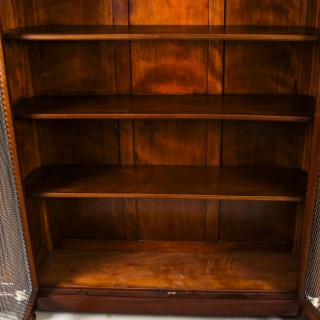 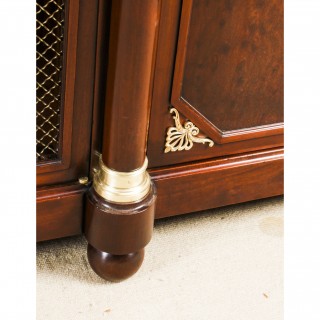 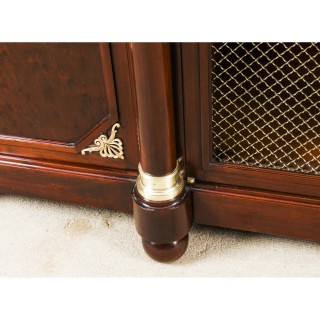 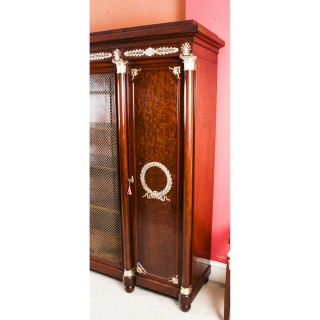 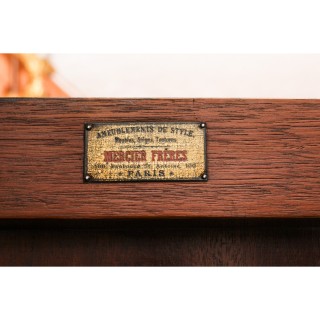 This is a superb antique French Empire Acajou Mouchete mahogany bookcase / Bibliotheque by the renowned French cabinet maker and retailer, Mercier Freres, Paris, dating from the last quarter of the 19th Century.

It features a pair of central brass grill fronted doors flanked by a pair of panelled doors and they each enclose adjustable shelves. The cabinet is raised on on bun feet.

It is a lovely bookcase which will blend very well with contemporary interiors.

Condition:
In excellent condition having been cleaned, polished and waxed in our workshops, please see photos for confirmation.

The firm of Mercier Freres was a furniture and tapestry making firm in the 19th Century in France. It was founded in 1828 by Claude Mercier and participated in most of the major exhibitions of the late 19th Century. By the later 19th Century the firm counted Spanish and Iranian royalty among its clientele. The firm made furniture mostly in the 18th Century Louis XV and Louis XVI styles, but by the early 20th Century Mercier Freres had started to experiment with the popular Art Deco style.