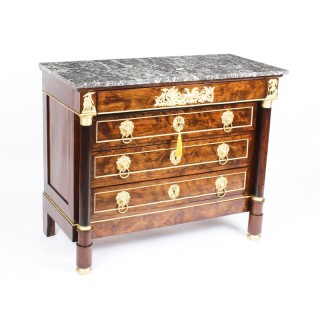 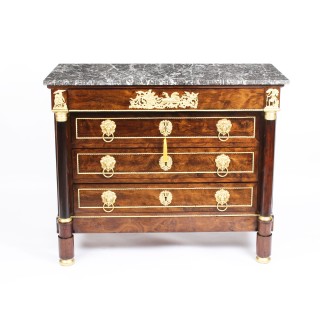 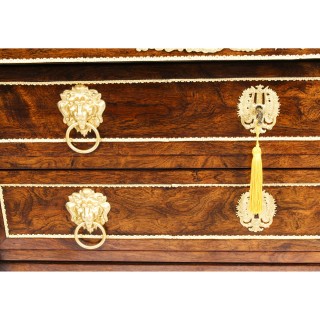 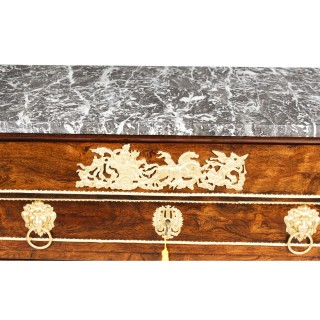 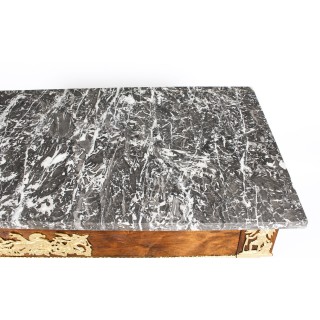 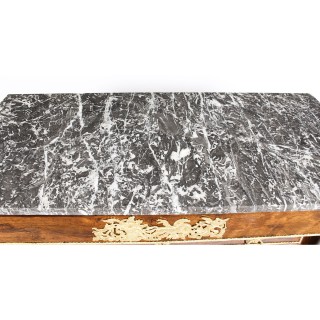 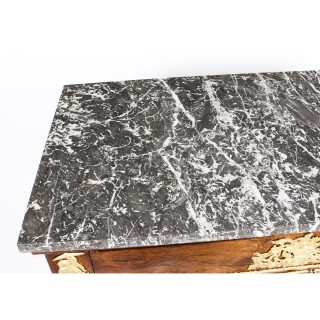 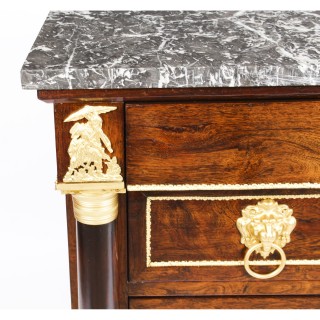 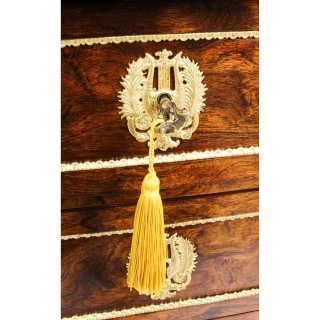 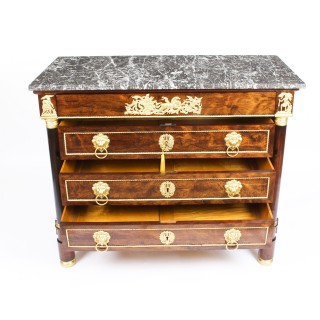 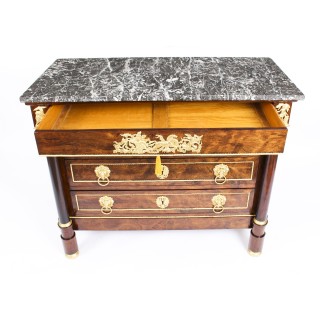 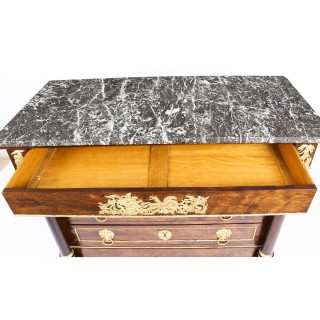 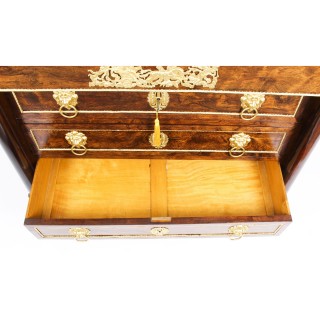 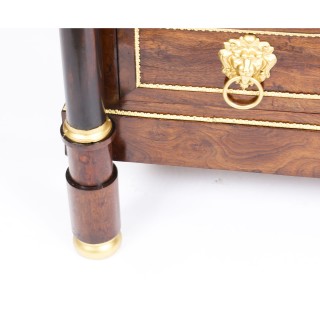 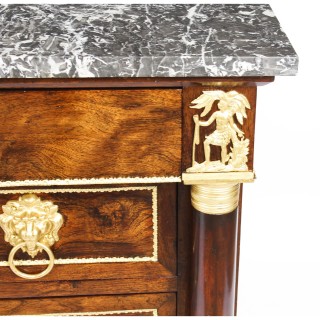 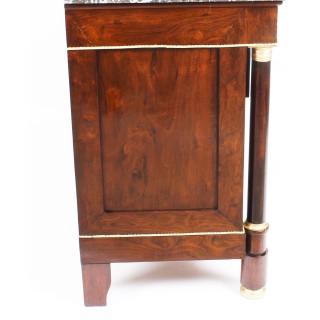 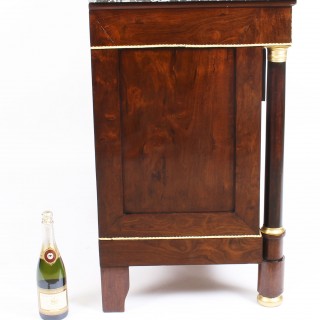 This important and rare antique French Empire commode was crafted from the most beautiful chestnut and is circa 1860 in date.

The drawers are flanked by a pair of ormolu mounted turned columns and it is raised on turned feet that terminatein ormolu mounts.

Make this opulent chest the focal point of any room in your home.

Gris St.Anne Marble
Is a beautiful dark gray marble with lght gray and white markings.
The principal quarries are at Gougnies, near Charleroi; and at Biesme, Namur, Belgium.
is an early-19th-century design movement in architecture, furniture, other decorative arts, and the visual arts followed in Europe and America until around 1830.

Empire
The style originated in and takes its name from the rule of Napoleon I in the First French Empire, where it was intended to idealize Napoleon’s leadership and the French state. The style corresponds to the Biedermeier style in the German-speaking lands, Federal style in the United States and to the Regency style in Britain. The previous style was called Louis XVI style, in France.