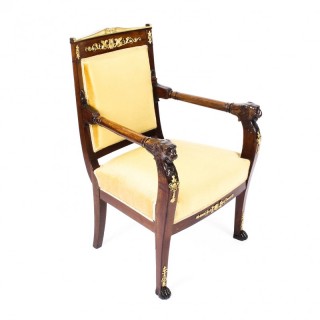 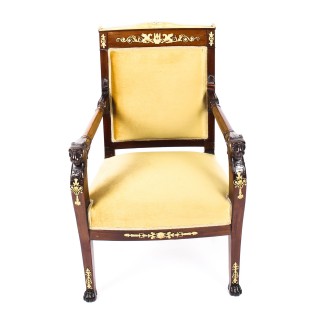 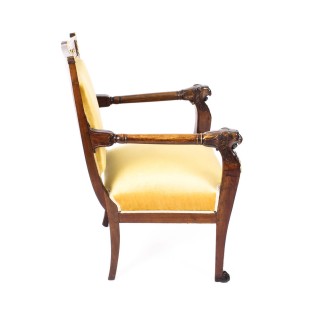 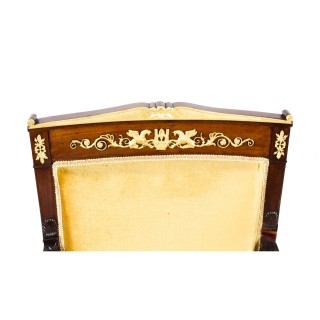 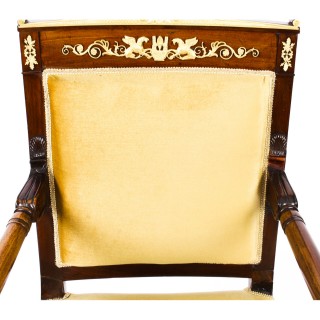 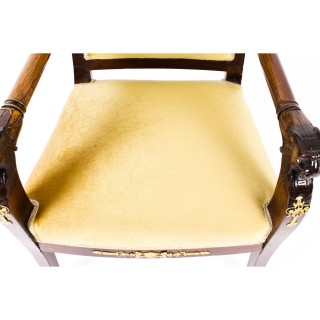 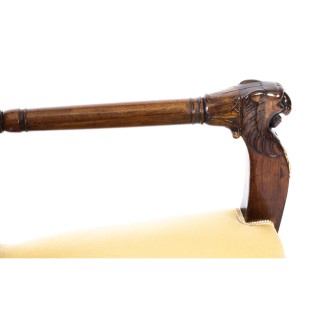 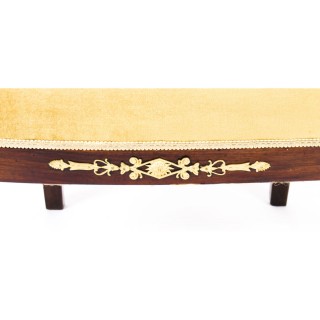 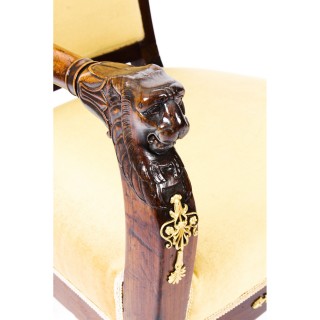 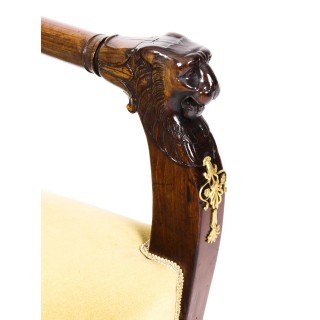 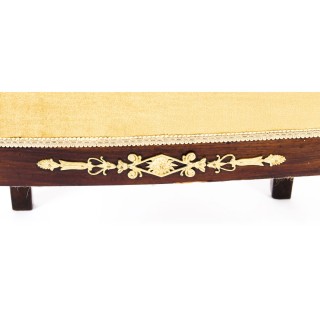 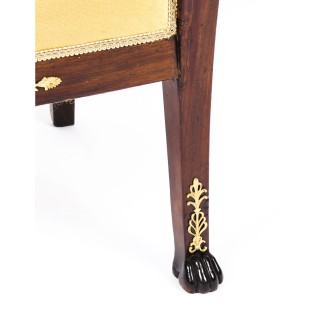 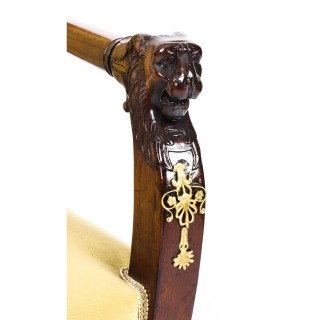 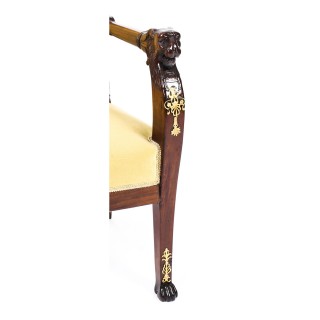 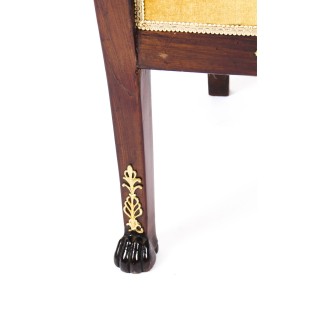 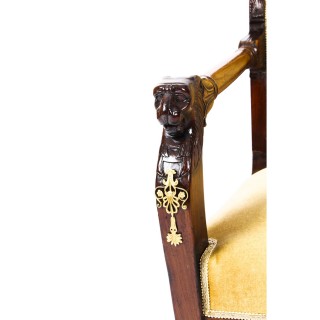 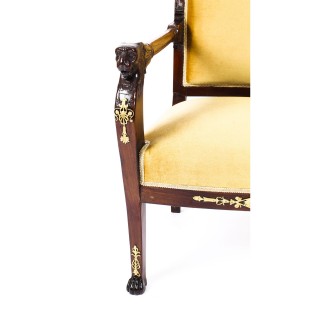 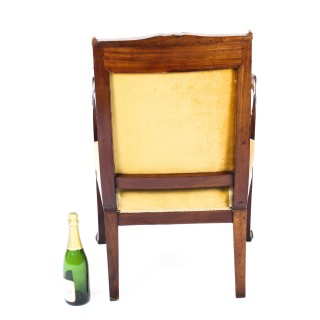 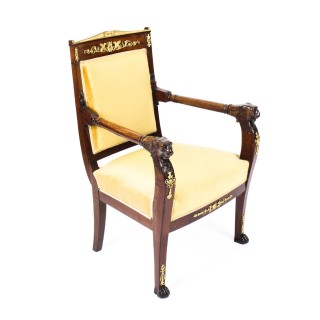 This is a splendid early 19th century French Empire mahogany armchair with ormolu mounts and raised on square tapered legs that terminate in carved paw feet.

The mahogany is exceptionally beautiful in colour and has been embellished with striking ormolu mounts typical of the era. In particular, the pedimented back features distinctive gryphon and anthemion motifs above the padded back.

The open arms are carved with striking lion head terminals.

It has been upholstered in a fabulous golden fabric, which gives the chair its regal look.

Add an elegant touch to your home with this exceptional armchair.

Condition:
In excellent condition having been beautifully cleaned, polished and reupholstered in our workshops, please see photos for confirmation.