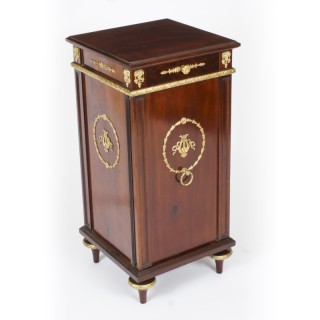 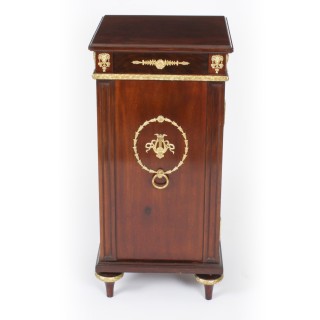 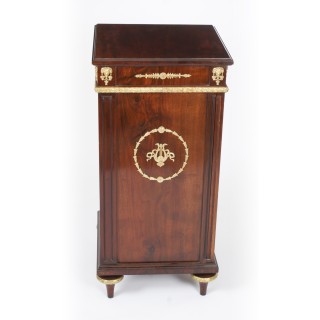 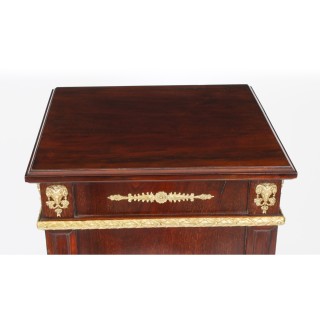 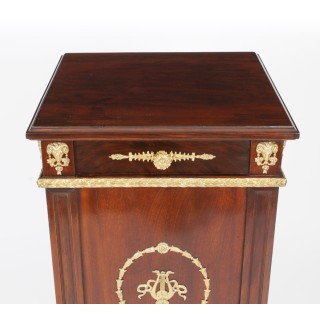 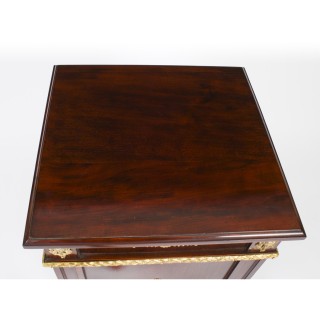 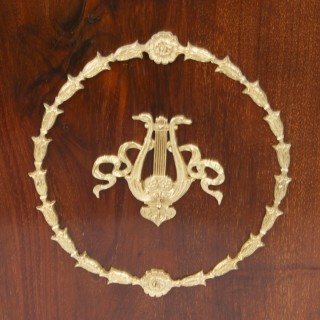 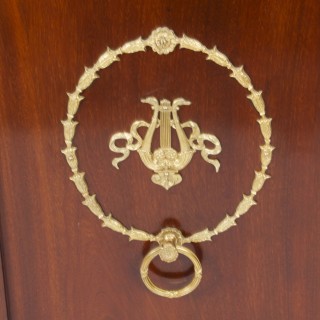 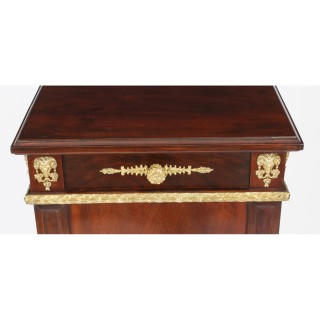 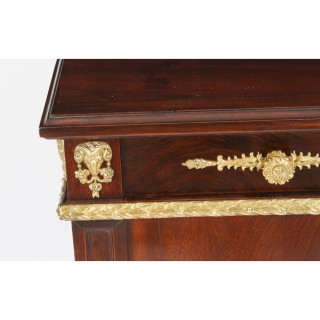 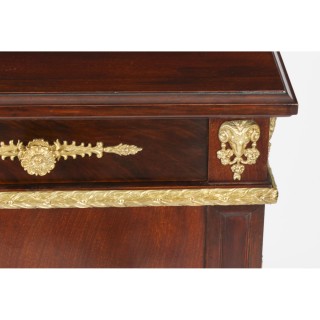 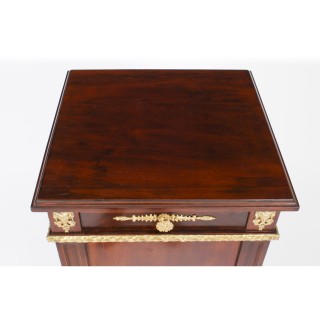 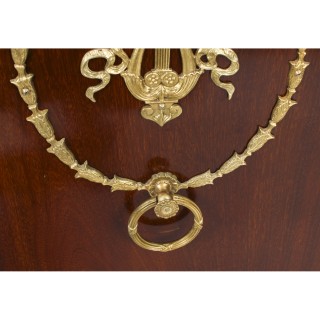 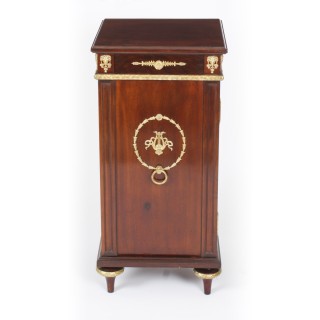 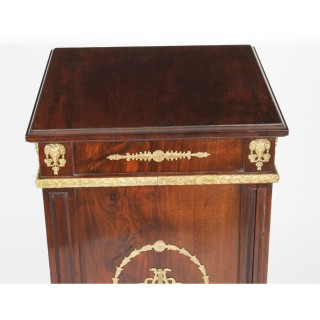 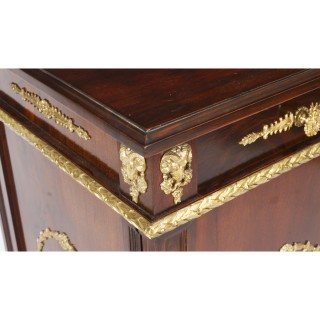 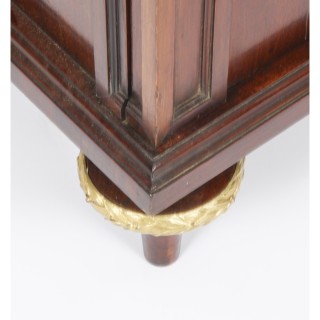 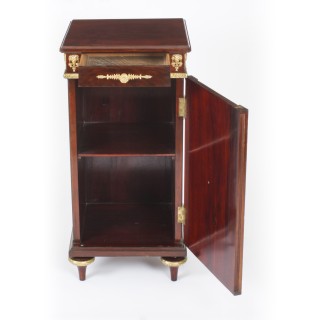 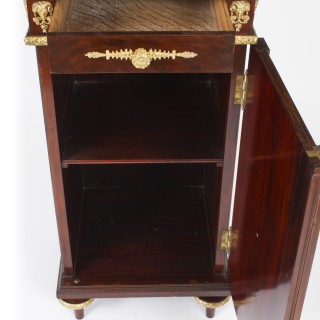 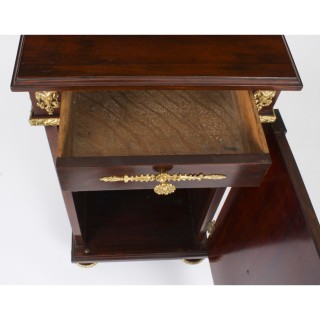 A superb French Empire mahogany and ormolu mounted pedestal cabinet, Circa 1870 in date.

The botanical name for the mahogany this pedestal is made of is Swietenia Macrophylla and this type of mahogany is not subject to CITES regulation.

The rectangular shaped pedestal is finished all round and features fine ormolu mounts in the form of ram’s heads, laurel wreaths and lyres with swans. The cabinet having a useful frieze drawer over a cupboard door that opens to reveal a shelved interior and the whole raised on shaped bun feet.

Add some elegance to your home with this lovely pedestal.