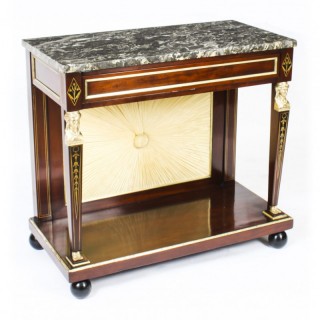 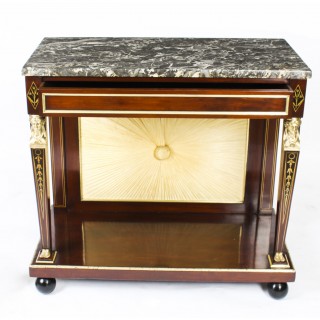 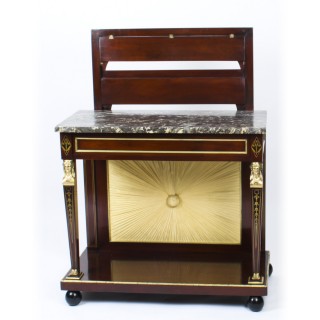 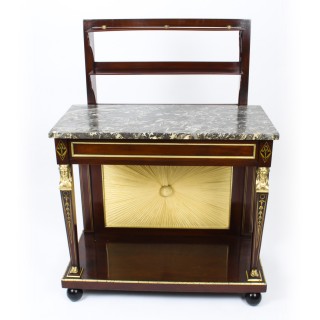 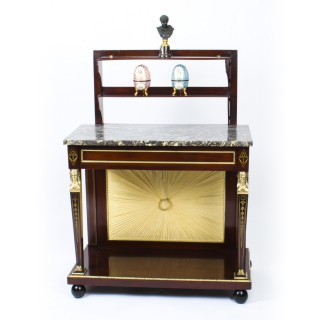 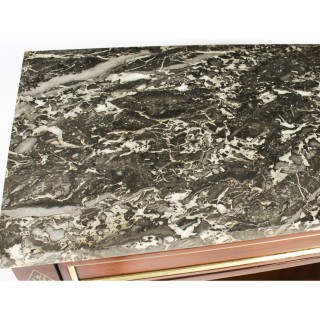 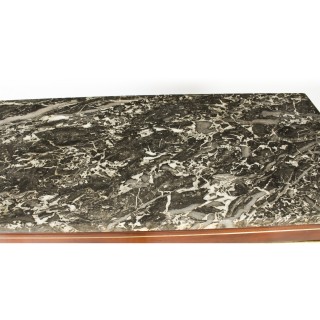 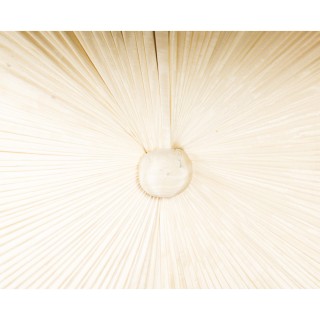 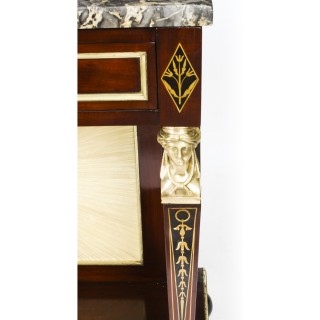 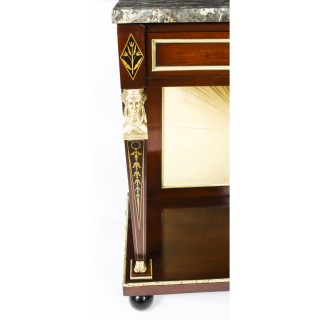 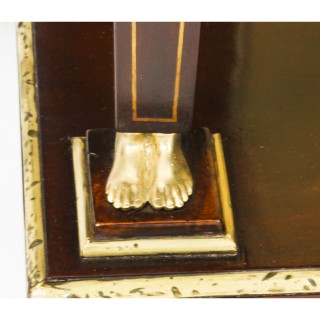 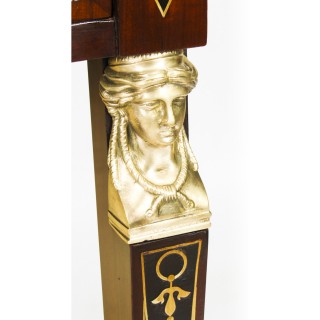 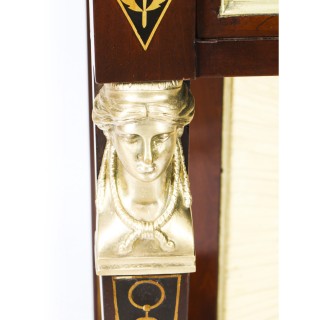 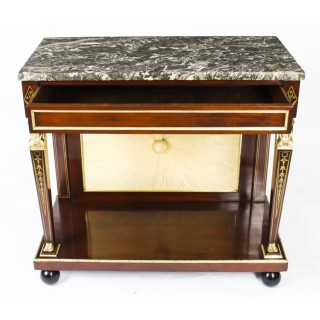 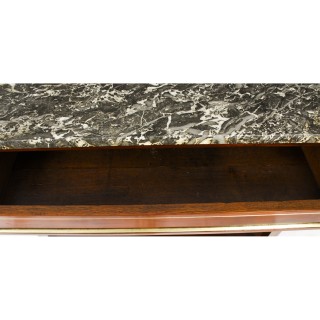 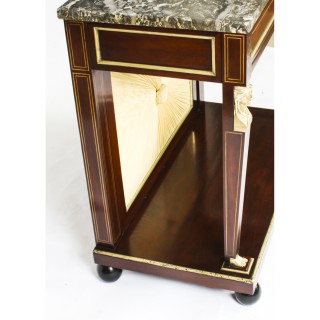 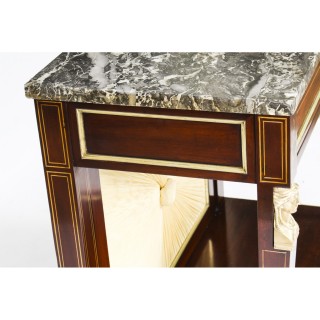 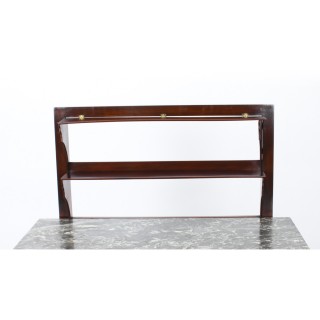 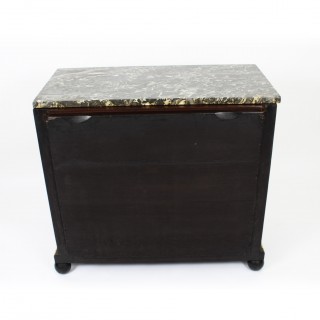 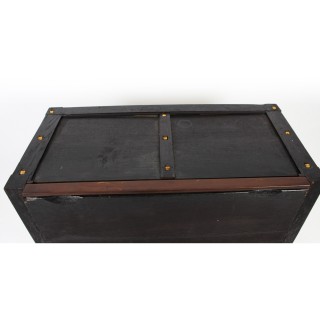 This is a beautiful antique French Empire metamorphic flame mahogany and ormolu mounted console table with a striking Verde Antico green marble top, Circa 1810 in date.

The table has wonderful decorative ormolu classical sphynx heads above each front leg. It stands on elegant square tapering legs that terminate in giltwood mounts in front of a framed mirror back. It is further decorated with elegant ormolu mounts that are typical of the Empire Period.

Unusually it has a marble top that slides forward on rollers so that you can raise the lift up shelved back when required.

This gorgeous console table will instantly enhance the style of one special room in your home and is sure to receive the maximum amount of attention wherever it is placed.

The flame figure in the wood is revealed by slicing through the face of the branch at the point where it joins another element of the tree.
Empire style,
is an early-19th-century design movement in architecture, furniture, other decorative arts, and the visual arts followed in Europe and America until around 1830.