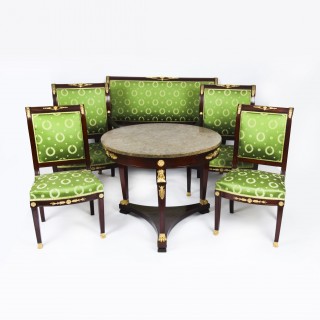 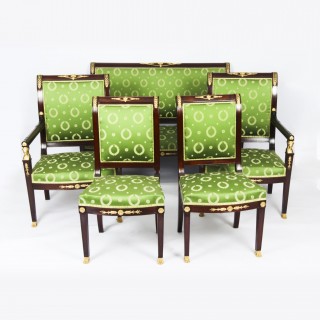 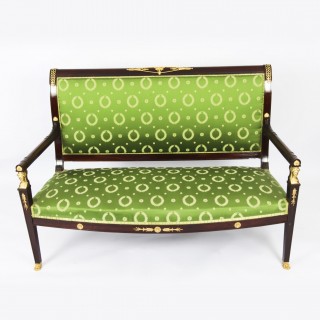 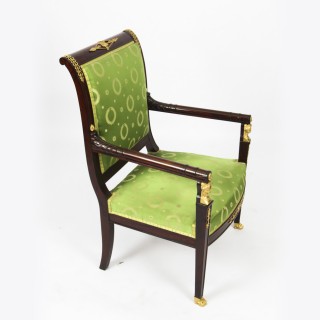 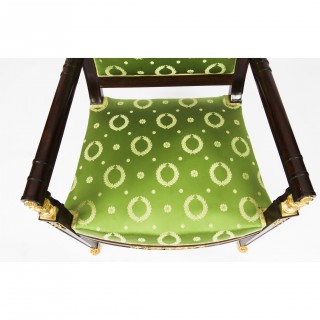 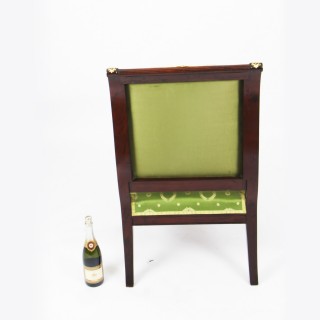 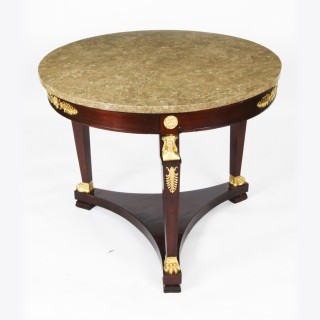 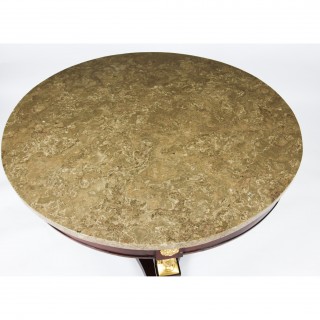 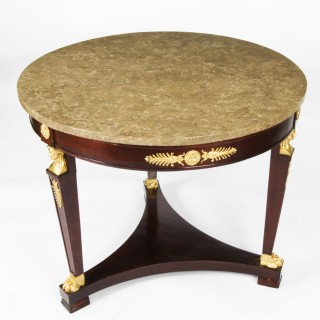 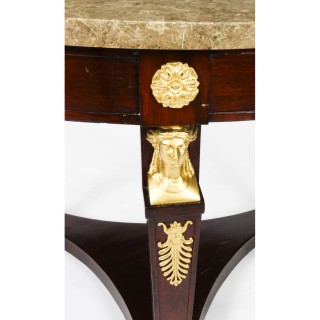 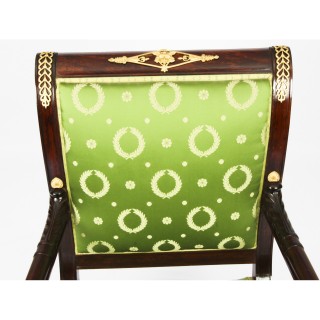 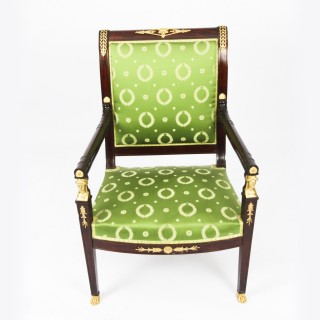 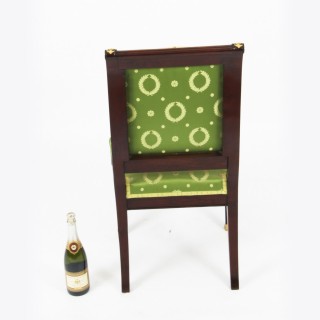 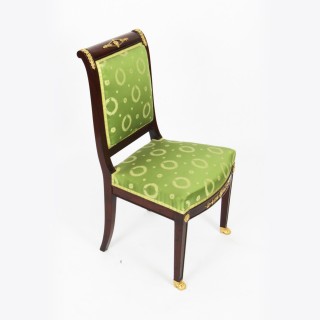 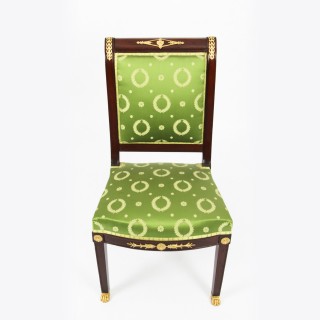 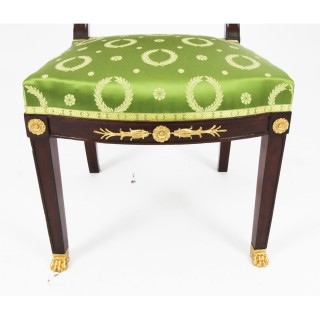 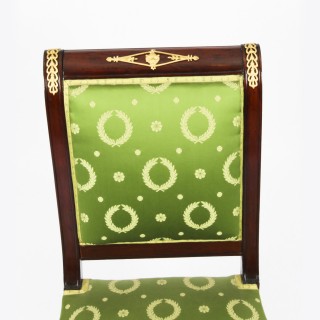 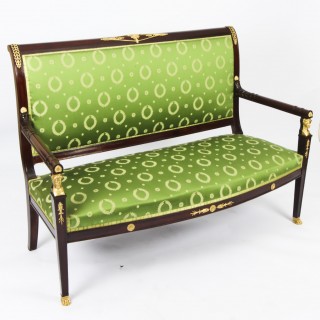 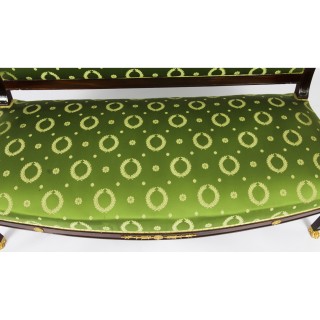 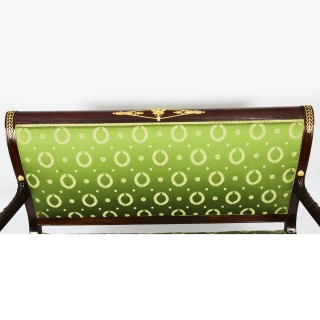 This is a fantastic and highly decorative antique French gilt bronze mounted Empire six piece salon suite, comprising a sofa, a pair of fauteuil armchairs, a pair of side chairs and a center table, circa 1880 in date.

They have been crafted from fabulous solid mahogany and are smothered in fabulous high quality Egyptian revival neo-classical ormolu mounts including rosettes, laurels and many more Napoleonic symbols.

The arms of the sofa and chairs terminating in classical female masks while standing on elegant tapering legs that terminate in ormolu paw feet and upholstered in a fabulous Lelievre Tassinari green and golden fabric.

The round center table features a gray Belgian fossil marble top on tripod legs united by an undertier.

This gorgeous antique suite will be a wonderful addition to one special room in your home.

Condition:
In excellent condition having been beautifully cleeaned, polished and waxed in our workshops, please see photos for confirmation.