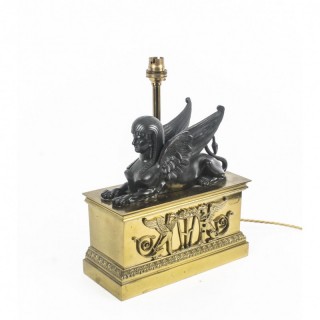 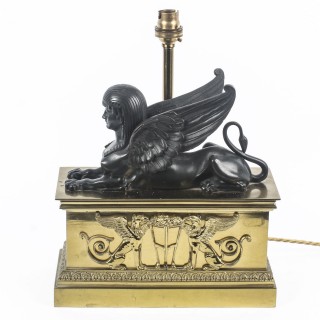 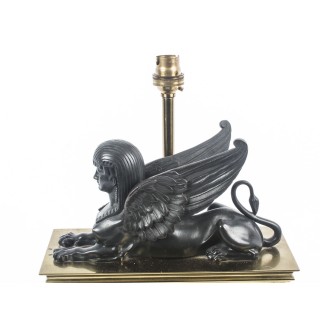 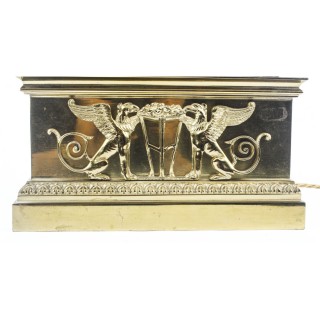 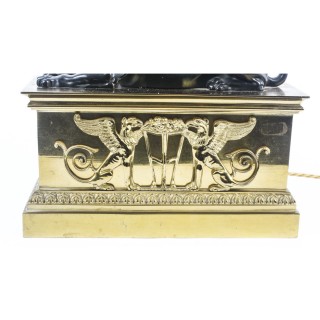 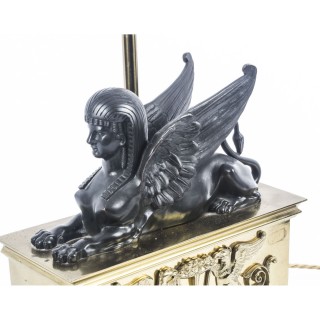 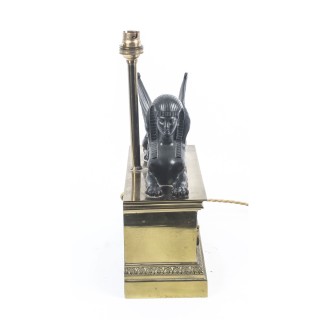 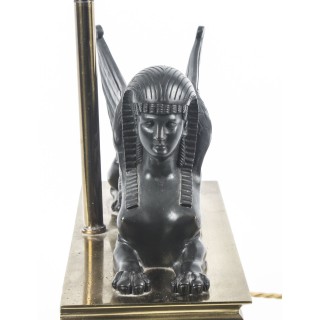 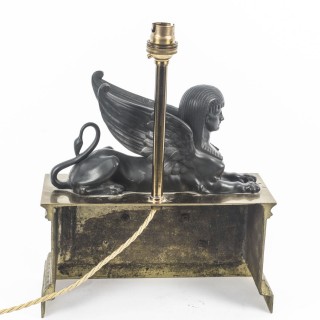 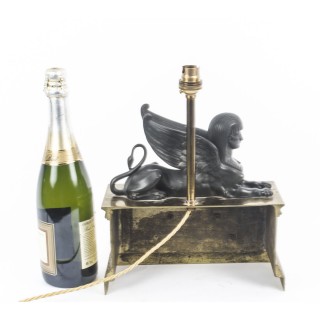 This is a truly superb antique French Empire period Egyptian Revival patinated bronze modelled as a recumbent winged sphynx mounted to an ormolu plinth with applied decoration of griffins flanking a cendrier, Circa 1820 in date.

Later converted to a table lamp.

The craftsmanship is second to none throughout all aspects of this piece and it is sure to add an unparalleled touch of elegance to your home.

Condition:
In excellent working condition having been beautifully cleaned and rewired in our workshops, please see photos for confirmation.