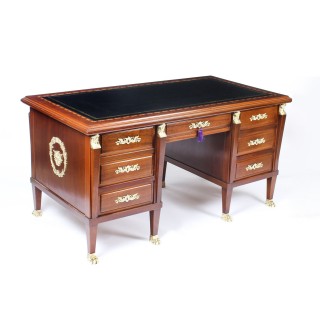 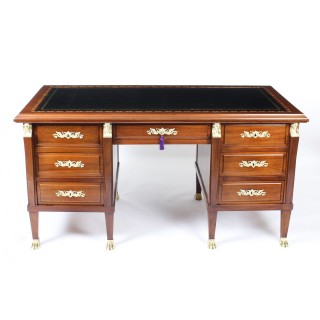 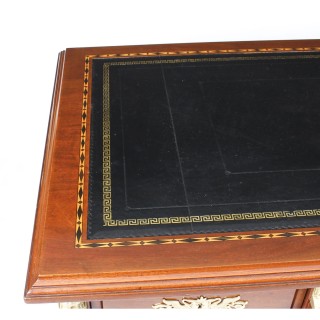 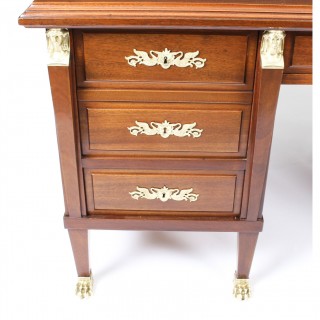 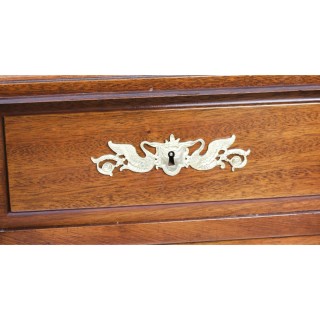 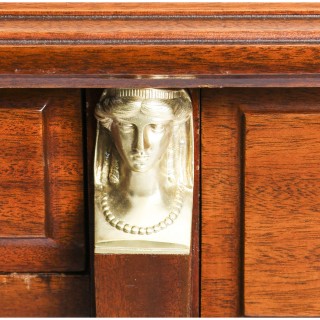 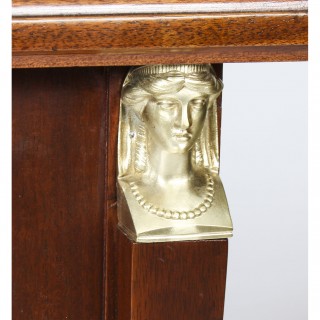 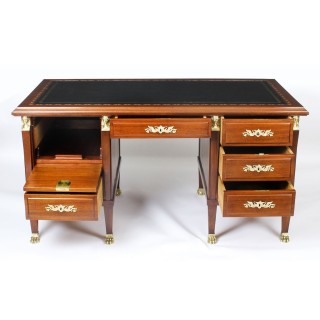 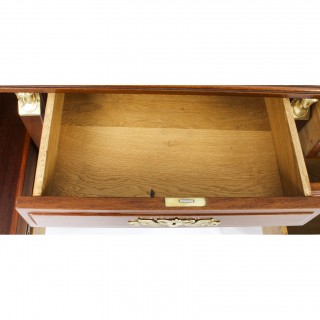 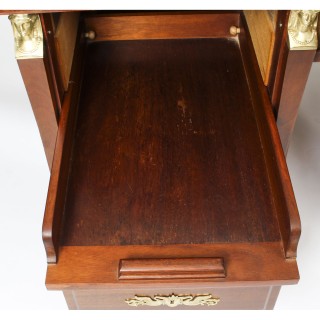 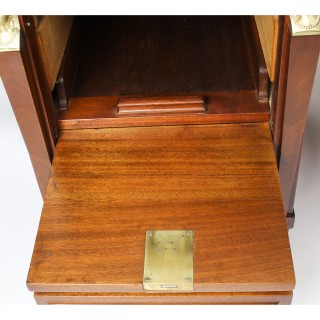 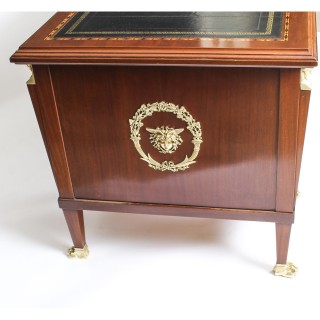 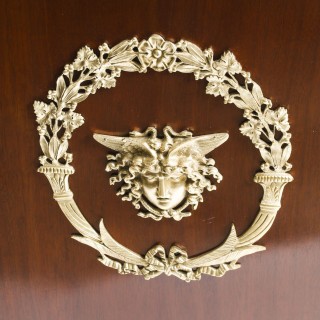 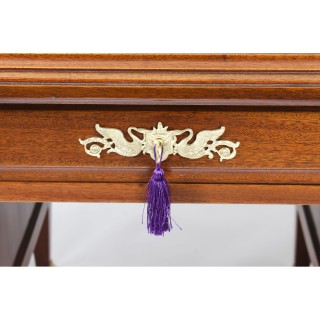 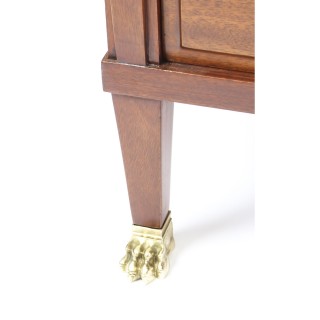 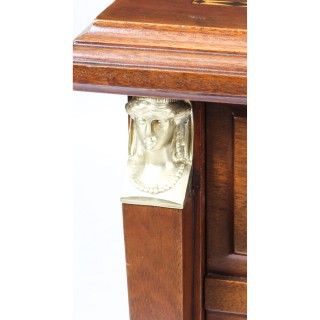 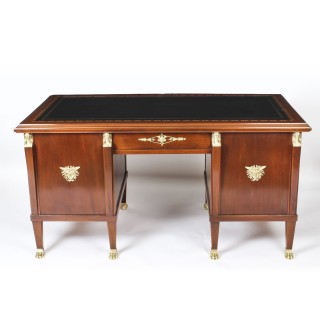 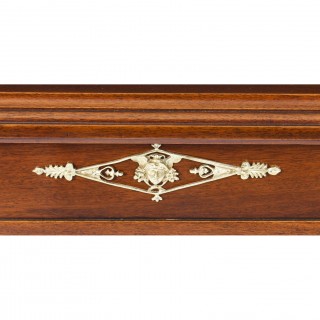 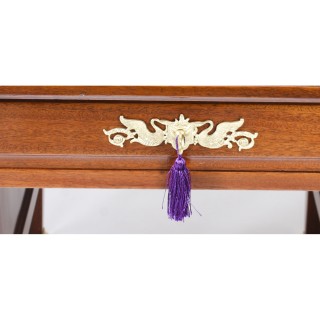 This is an exquisite French Empire Revival pedestal desk, Circa 1880 in date.

This desk has been beautifully crafted from flame mahogany. The top has a striking gold tooled black leather inset writing surface which has a decorative geometric inlaid satinwood and ebony border around it..

It features beautifully cast gilded ormolu mounts including angels, pharaonic herms above paw feet and swan escutcheons. It is further enhanced with male masks wearing nemes headress’s on the sides, making it an incredibly imposing and impressive item of furniture.

The desk features seven drawers for maximum storage, it is freestanding with a beautifully panelled back and comes complete with the original working locks and keys.

Condition:
In excellent condition having been beautifully cleaned, French polished, waxed and releathered in our workshops, please see photos for confirmation.