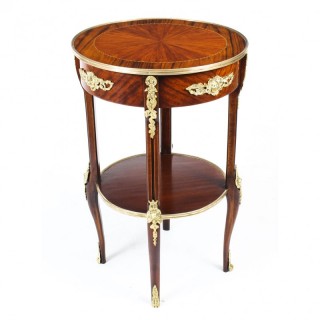 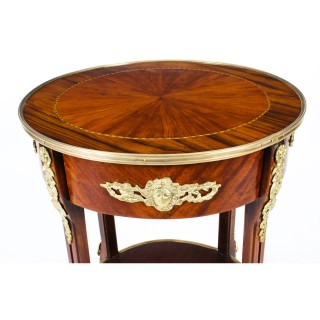 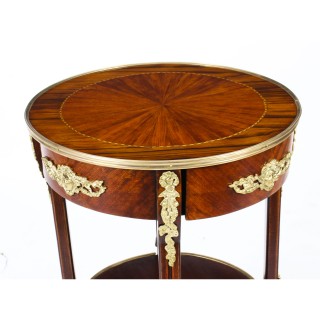 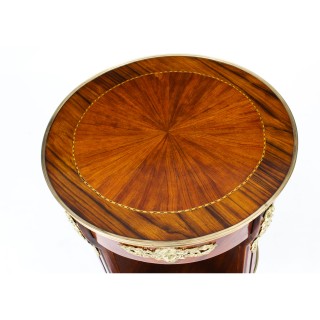 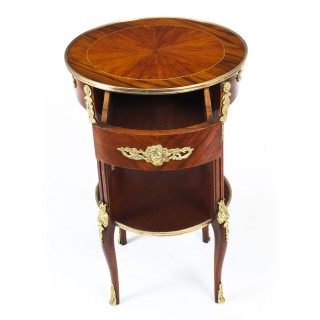 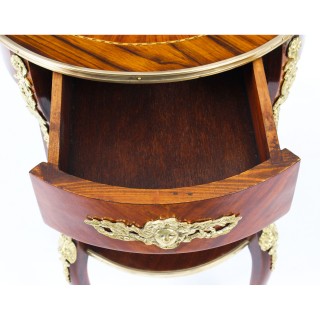 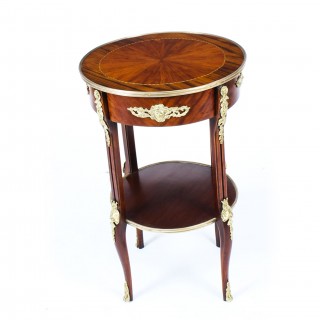 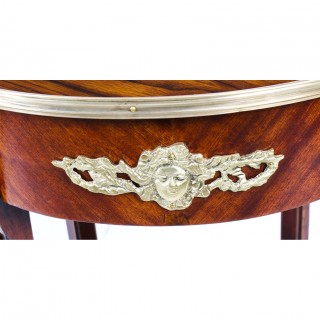 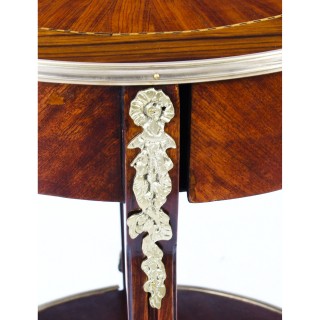 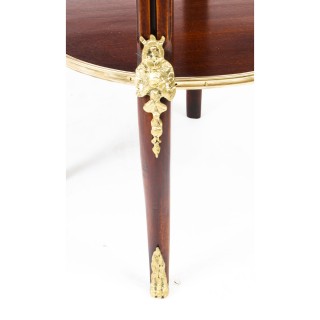 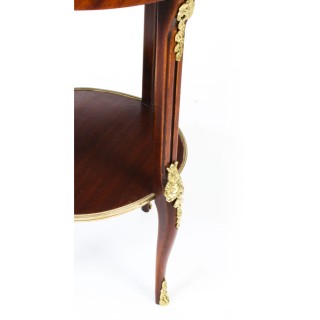 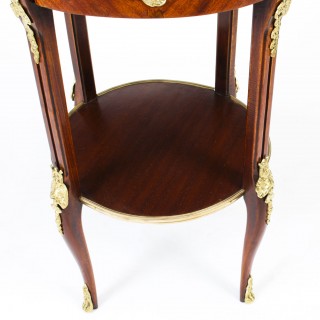 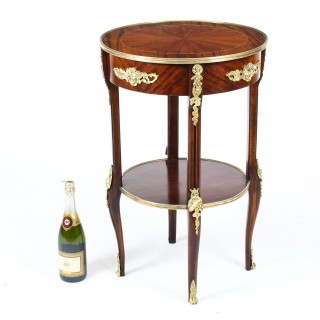 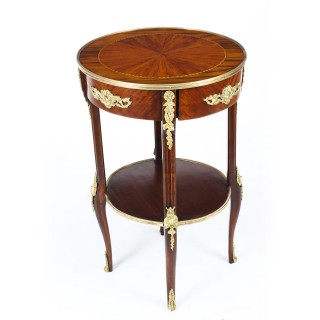 This is a beautiful antique French Empire Revival circular Mahogany Gueridon, circa 1870 in date.

It has a useful single frieze drawer with further ormolu decorative mounts and is raised on squaresection supports surmounting a second ormolu mounted tier, on cabriole legs with ormolu lions paw sabots

This lovely table is certain to make it a talking point in your home and a fine embellishment to your reception room.