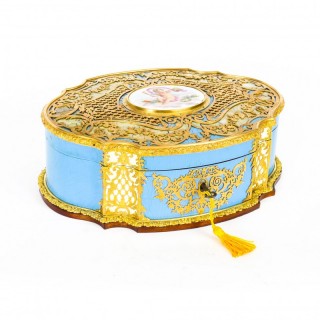 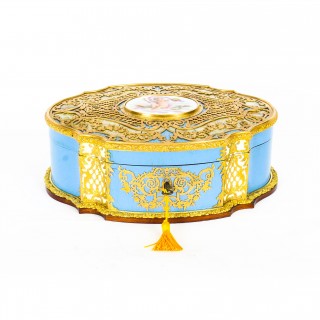 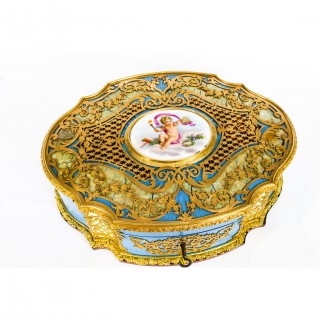 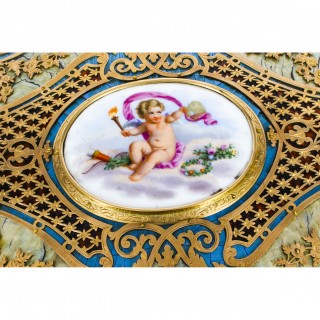 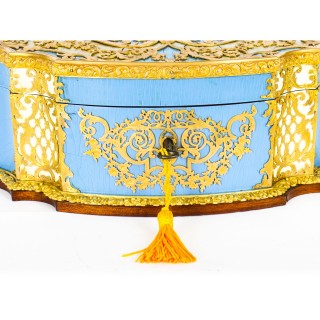 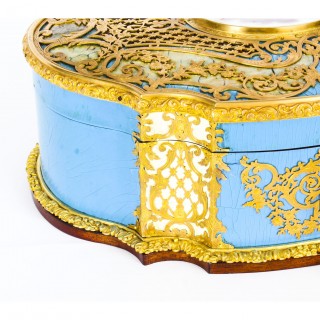 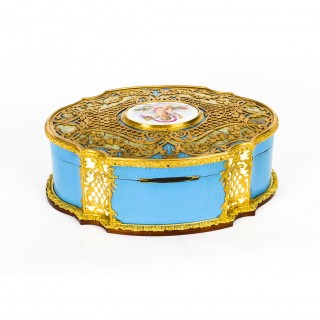 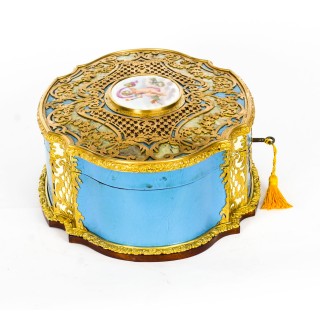 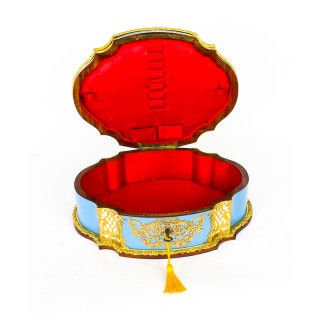 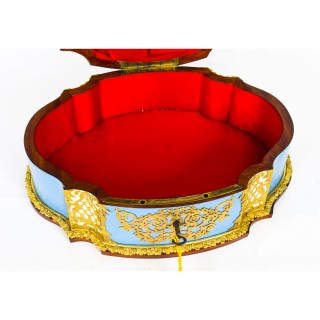 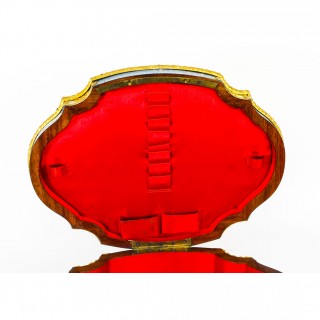 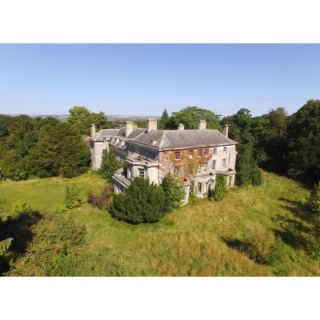 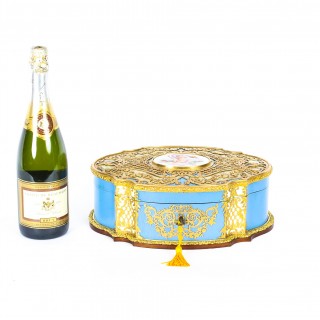 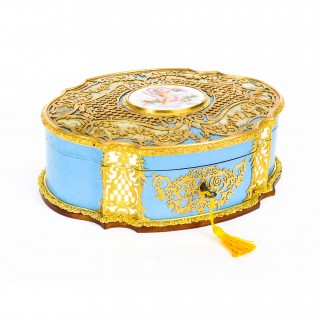 This is a magnificent antique French enamel, ormolu and mother of pearl casket fitted with a beautiful hand-painted Sevres porcelain plaque of Cupid, later converted to a charming sewing box, dating from the 19th Century.

This superb large casket is of elegant quatrefoil shape. The top features a stunning hand painted oval Sevres porcelain plaque of Cupid holding a torch. The body of the casket features intricate ormolu floral and foliage decoration against a charming mother of pearl and blue enamel background.

The hinged lid opens to reveal an exquisite red satin lining, and a brass lockplate that is inscribed “Maison Boissier”.

This casket is of superb quality, is incredibly beautiful and will instantly enhance any space in your house.

Condition:
In excellent original condition, been professionally cleaned and polished in our workshops. Please see photos for confirmation.

West Heslerton Hall is a 21-bedroom historic hall in West Heslerton village, a perfectly preserved, quintessential Yorkshire village. The village is the site of one of Britain’s largest archeological excavations, that of a large settlement which seems to have been occupied for several centuries until about 800 AD. The settlement flourished during late Roman /early Anglo-Saxon times, but may have been occupied for a considerable length of time before the arrival of Romans in Britain. The site covers over 110 acres (45 hectares) and contains the traces of more than 200 buildings.
The entire village was owned by the same family for over 150 years, until 2016, when the land and property remaining in Estate ownership was put up for sale for £20 million following the death of its last owner, Eve Dawnay, in 2010. Miss Dawnay was a great-granddaughter of William Henry Dawnay, 7th Viscount Downe, and of Lt.-Col. Arthur de Vere Capell, Viscount Malden, son of the 6th Earl of Essex.
The estate was purchased by Albanwise, a Norfolk-based land and property investment company controlled by the Italian count Luca Rinaldo Contardo Padulli di Vighignolo.