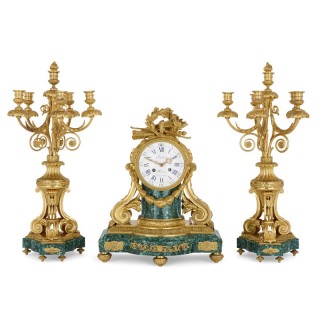 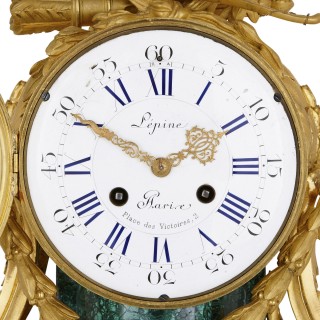 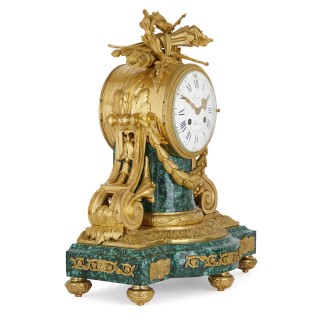 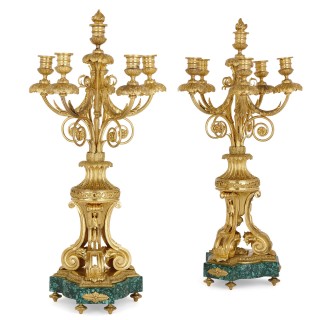 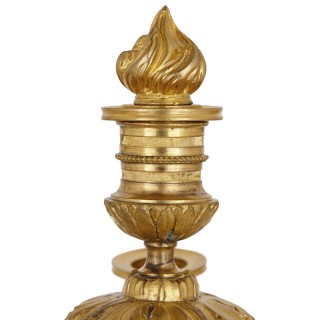 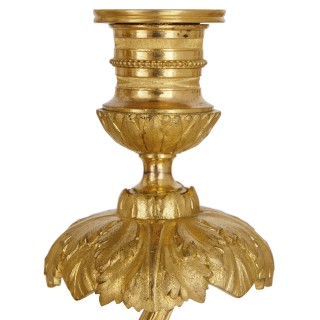 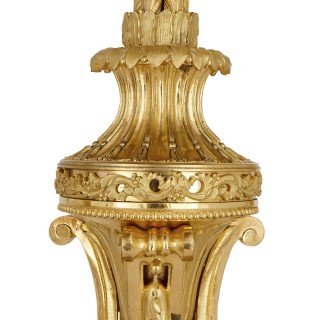 The pair of seven-branch candelabra is decorated in a likewise manner. The central stem of each candelabrum culminates in a removable gilt bronze finial, around which scroll six branches, each supporting a single candle.