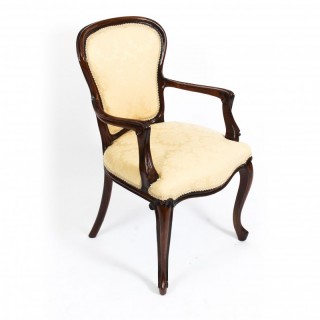 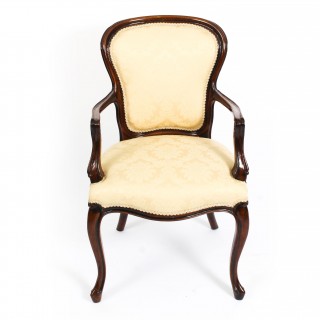 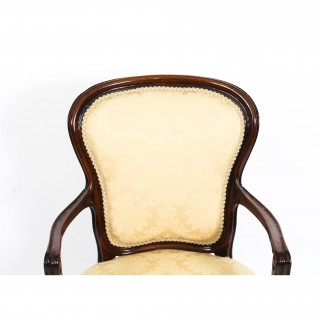 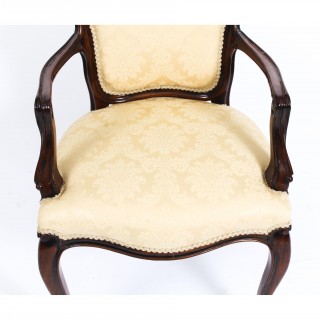 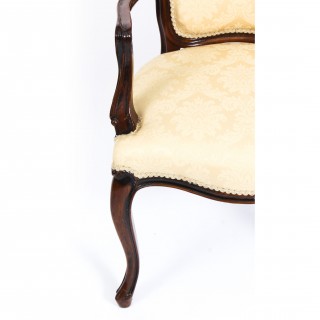 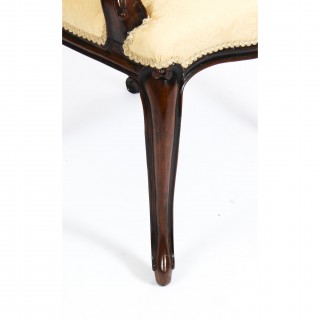 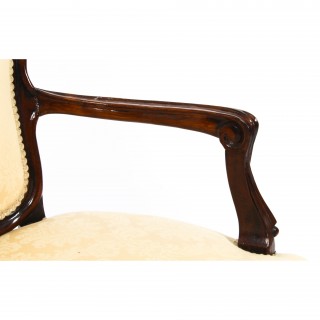 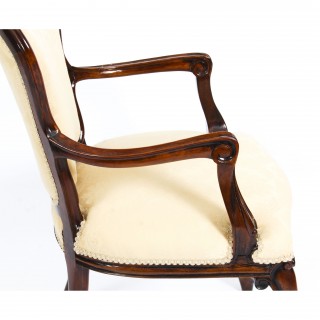 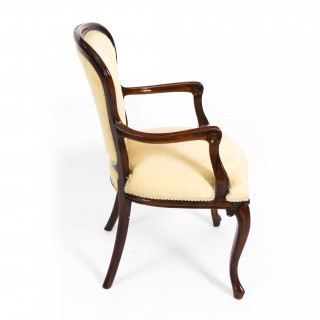 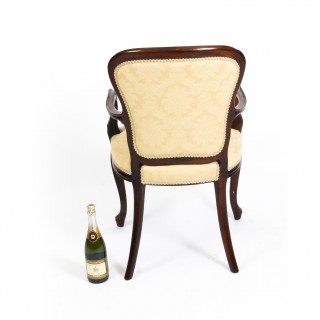 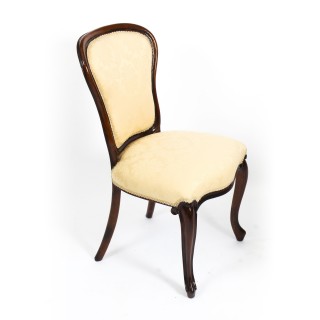 This is a beautiful antique Louis Revival mahogany armchair, dating from the late 19th Century.

It has been skillfully carved from solid mahogany and beautifully reupholstered in gold damask.

It has been expertly carved with a shaped upholstered back, overstuffed seat, and raised on beautiful cabriole legs.

Country House sitting in 25 acres of beautiful gardens in the centre of rustic Staffordshire and home of the Northcote family.

Condition:
In excellent condition having been beautifully cleaned polished and reupholstered in our workshops, please see photos for confirmation.

Bishton Hall,
at Wolseley Bridge, near Stafford, was built around 1750 and has been home to the Stafford Northcote family and a prep school since 1946.