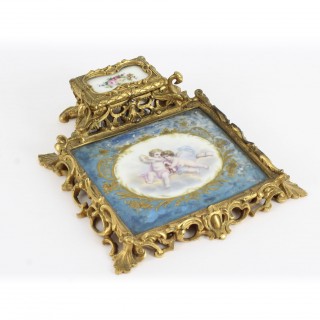 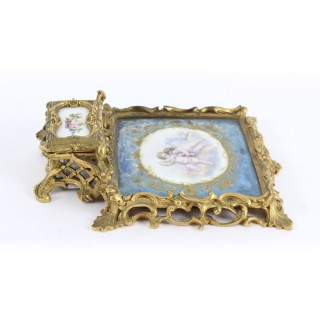 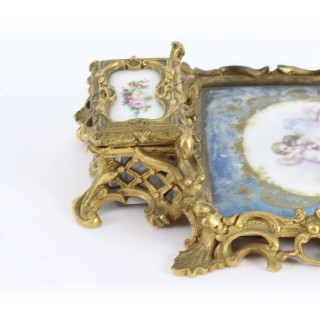 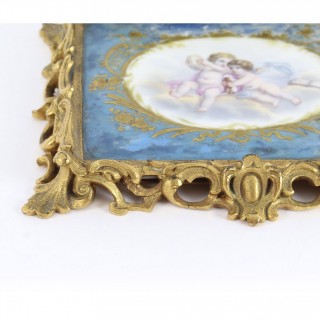 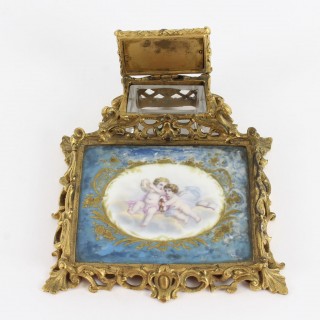 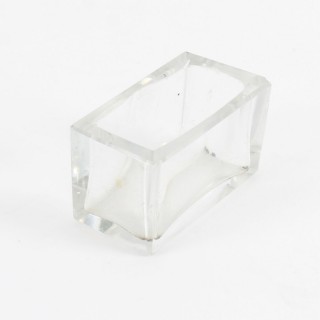 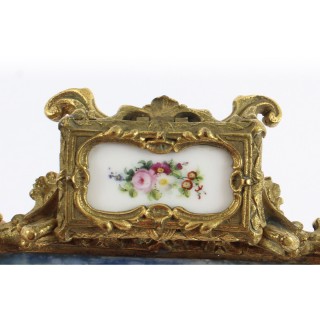 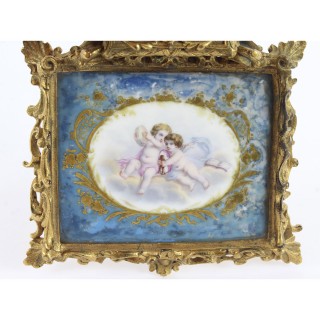 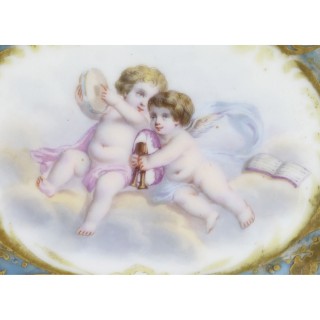 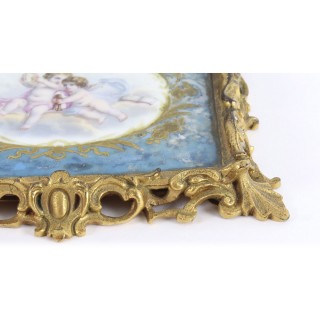 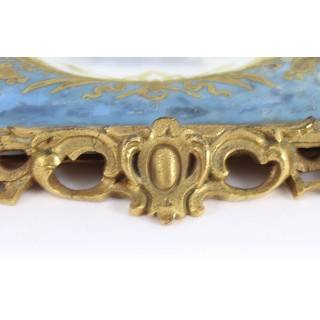 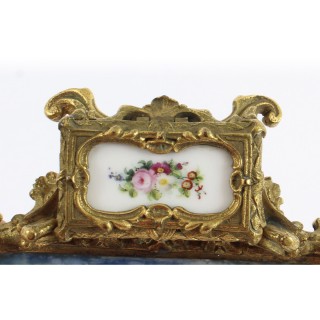 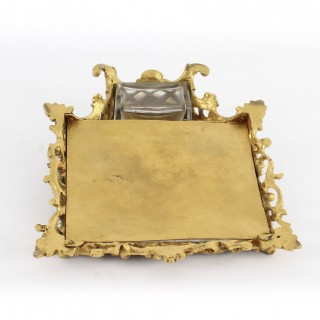 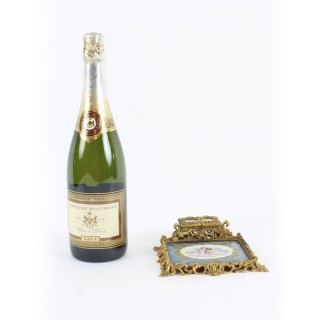 This is a wonderful antique French Louis Revival ormolu and Sevres porcelain inkstand, circa 1870 in date.

This stunning inkstand is mounted with an exquisite Bleu Celeste Sevres porcelain panel of rectangular shape, which has been masterfully gilded and painted with two lovely putti emblematic of music.

It has an ink reservoir and inkwell of rectangular shape which features beautiful porcelain-mounted floral decoration, including a pink rose and a white daisy, against a white background. The pleasing inkwell is hinged and encloses its original internal glass.

The elegant ormolu base and feet are boldly cast with shaped shields, C-scrolls and acanthus leaves, adding an extra touch of charm to this exquisite item.