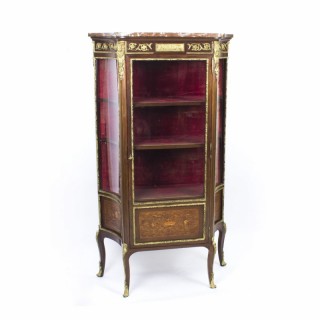 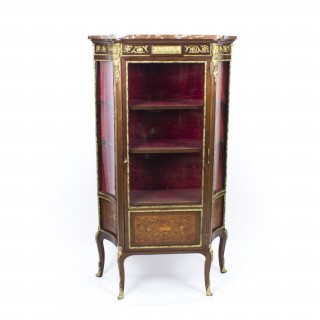 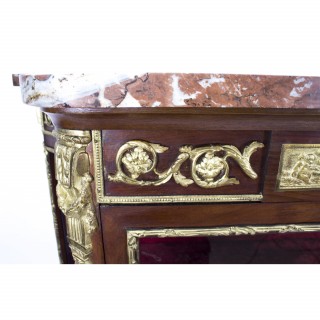 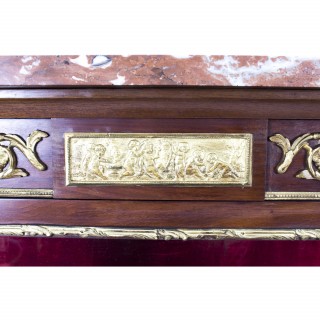 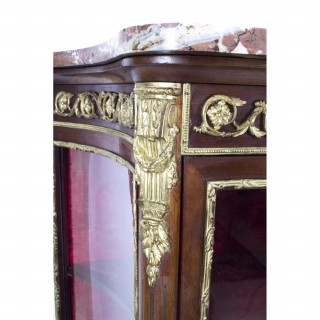 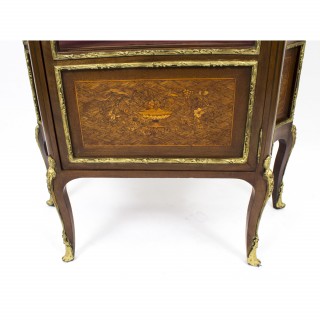 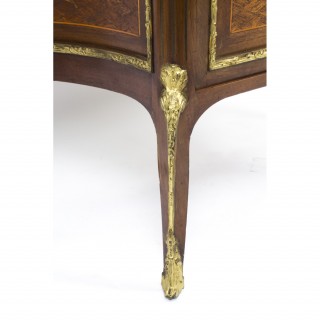 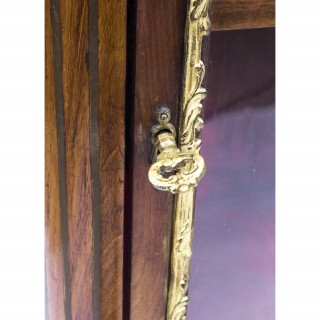 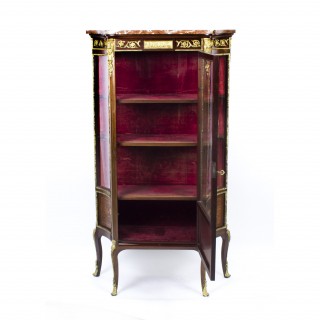 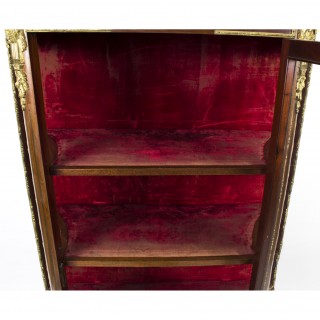 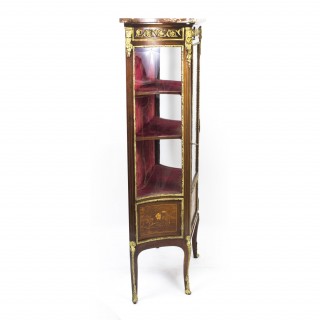 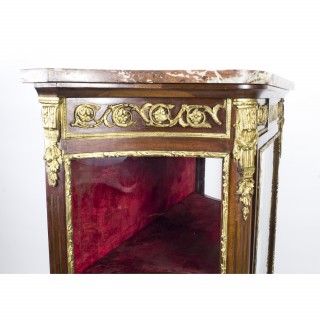 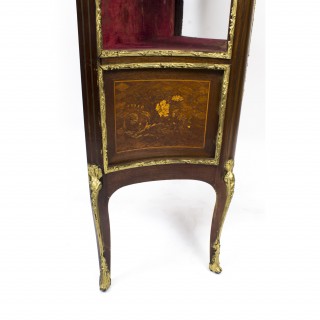 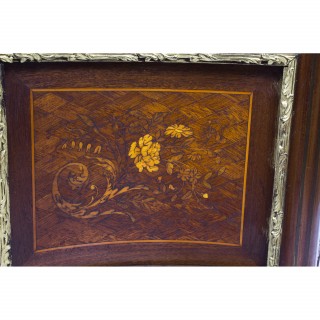 This is a beautiful antique French mahogany and ormolu mounted display cabinet in the French Louis XV manner, circa 1870 in date.

This beautiful cabinet has an abundance of exquisite ormolu mounts as well as intricate inlaid parquetry and marquetry decoration.

It has shaped glass to the front and sides, stands on elegant slender cabriole legs and has three shelves to display your collectables .

It is surmounted with an exquisite “Rosso Carpazzi” marble top and it will add a touch of unparalleled style to your home. It is perfect for displaying your collection of silver or porcelain.

Condition:
In excellent condition having been beautifully restored and relined in our workshops, please see photos for confirmation.

Empire style, is an early-19th-century design movement in architecture, furniture, other decorative arts, and the visual arts followed in Europe and America until around 1830.

The Empire style was based on aspects of the Roman Empire. It is the second phase of neoclassicism which is also called “Directoire”, after a government system.
Furniture typically had symbols and ornaments borrowed from the glorious ancient Greek and Roman empires.

In excellent condition having been beautifully restored and relined in our workshops, please see photos for confirmation.