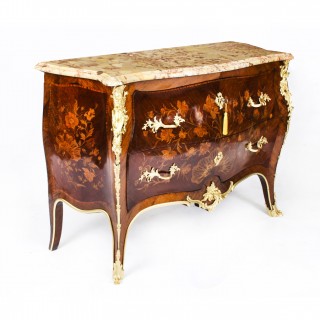 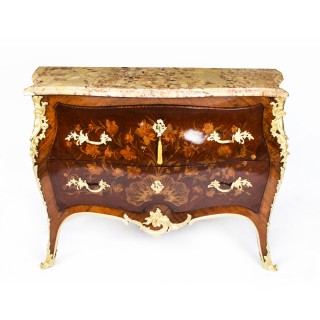 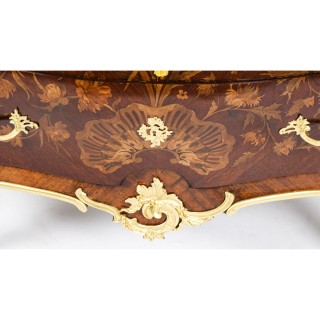 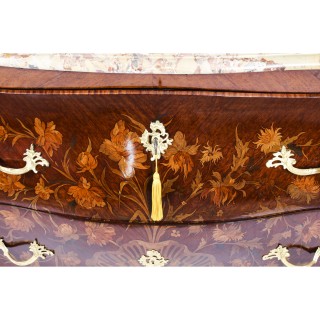 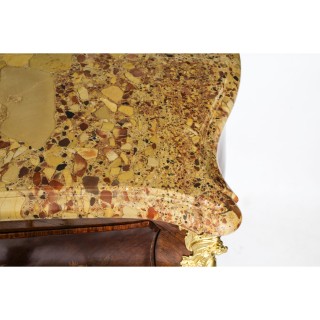 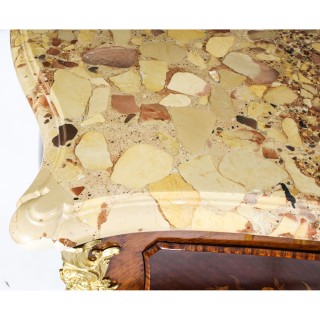 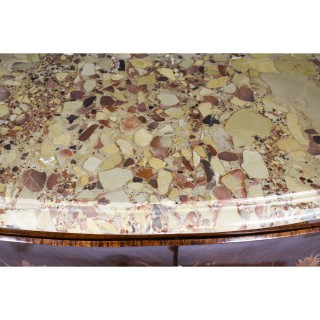 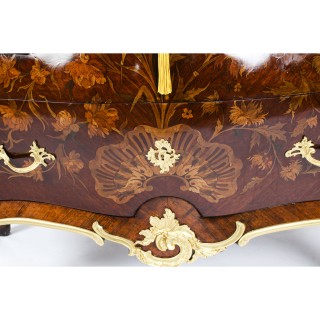 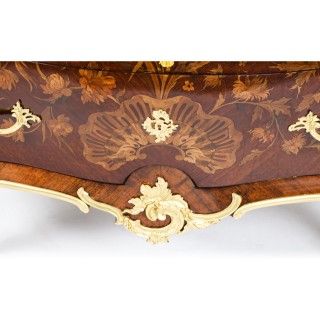 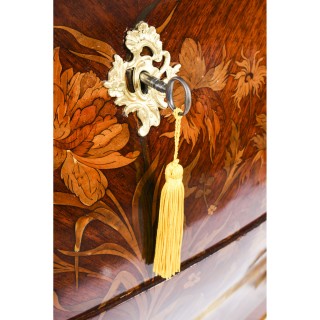 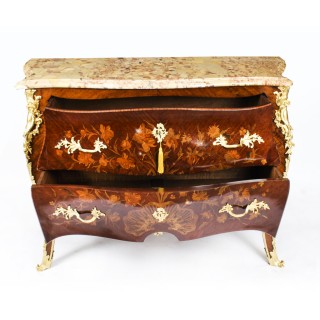 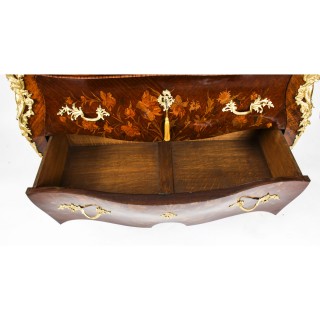 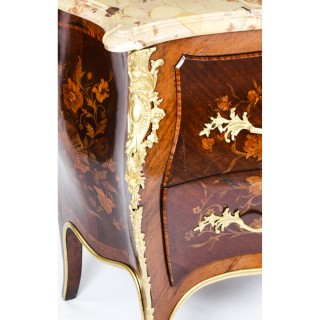 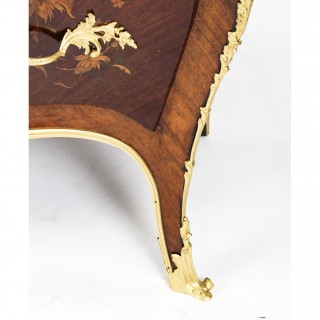 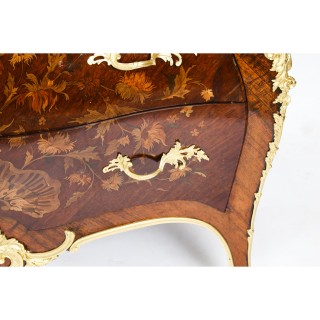 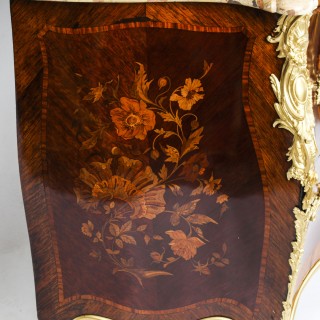 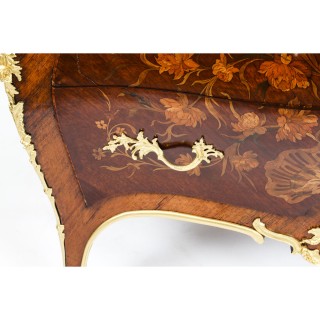 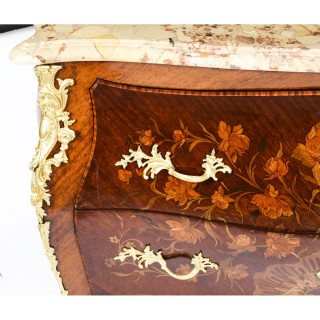 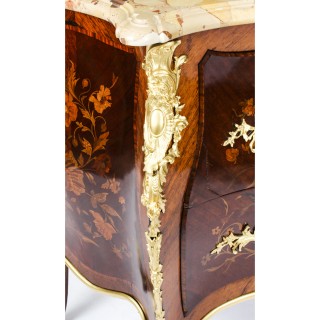 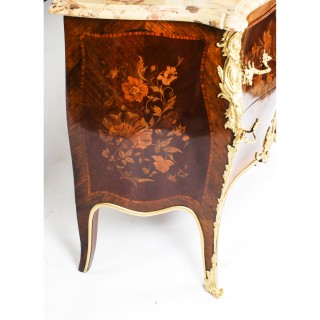 This is a beautiful antique French Louis XV Revival walnut, kingwood and marquetry commode, circa 1860 in date.

A lot of intricate workmanship by a master craftsman has gone into the creation of this wonderful commode.

Is a rock composed of broken fragments of minerals or rock cemented together by a fine-grained matrix that can be similar to or different from the composition of the fragments.

The word has its origins in the Italian language, in which it means either “loose gravel” or “stone made by cemented gravel”.

For thousands of years, the striking visual appearance of Breccias has made them a popular sculptural and architectural material. Breccia was used for column bases in the Minoan palace of Knossos on Crete in about 1800 BC. Breccia was used on a limited scale by the ancient Egyptians, one of the best-known examples is the statue of the goddess Tawaret in the British Museum.

It was regarded by the Romans as an especially precious stone and was often used in high-profile public buildings. Many types of marble are brecciated, such as Breccia Oniciata or Breche Nouvelle.

Breccia is most often used as an ornamental or facing material in walls and columns. A particularly striking example can be seen in the Pantheon in Rome, which features two gigantic columns of pavonazzetto, a breccia coming from Phrygia, in modern Turkey. Pavonazzetto obtains its name from its extremely colourful appearance, which is reminiscent of a peacock’s feathers,pavone is “peacock” in Italian.