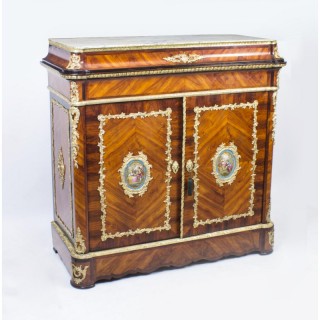 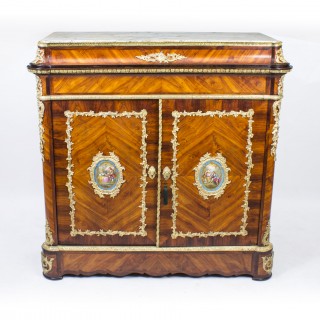 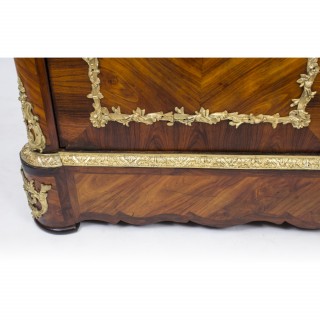 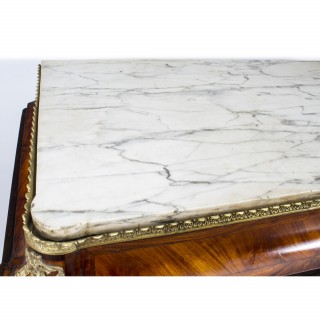 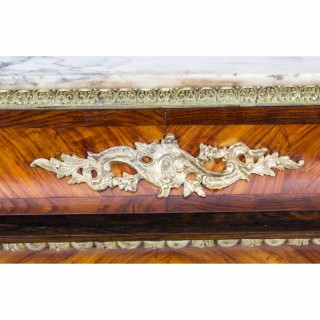 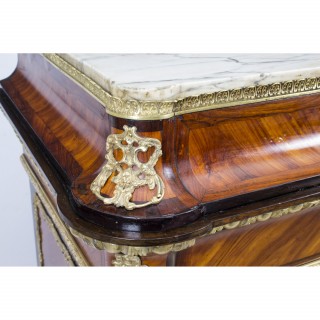 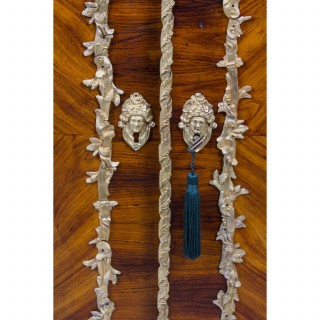 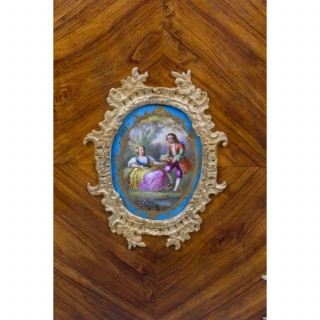 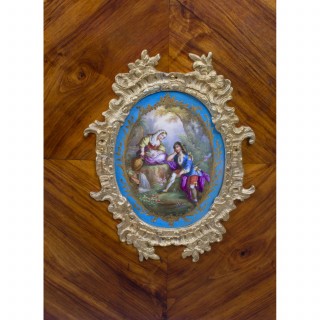 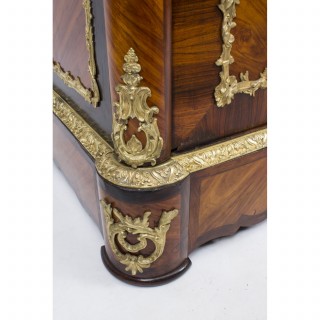 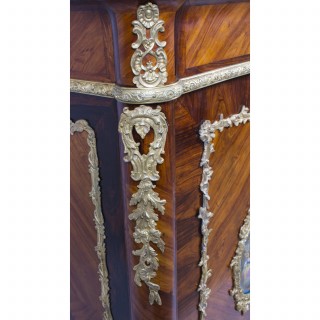 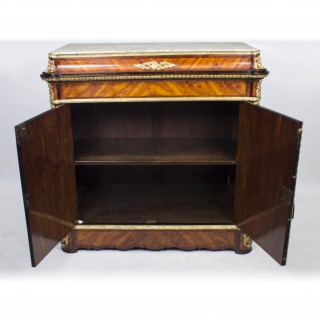 A 19th Century French kingwood side cabinet C1860 in date.

This stunning antique French side cabinet is a true rarity. It has been accomplished in Kingwood, an exotic and valuable veneer.

Adding to its truly unique character it has been decorated with a plethora of exquisite gilded ormolu mounts and is further embellished by the addition of two hand- painted oval French Sevres porcelain plaques depicting lovers.

Surmounted with a beautiful Carrara marble top that has an elegant three quarter pierced brass gallery, over a pair of ormolu mounted doors with Sevres plaques, that open to reveal a spacious cupboard with a central shelf, and raised on a plinth base and small turned feet.

With original key and working lock.

Kingwood is a classic furniture wood, almost exclusively used for inlays on very fine furniture. Occasionally it is used in the solid for small items and turned work, including parts of billiard cues, e.g., those made by John Parris. It is brownish-purple with many fine darker stripes and occasional irregular swirls. Occasionally it contains pale streaks of a similar colour to sapwood.

Carrara marble – is a type of white or blue-grey marble popular for use in sculpture and building decor. It is quarried at the city of Carrara in the province of Massa-Carrara (Tuscany, Italy).

Carrara marble has been used since the time of Ancient Rome; the Pantheon and Trajan’s Column in Rome are constructed of it. Many sculptures of the Renaissance, such as Michelangelo’s David, were carved from Carrara marble. For Michelangelo at least, Carrara marble was valued above all other stone, except perhaps that of his own quarry in Pietrasanta. The Marble Arch in London and the Duomo di Siena are also made from this stone, as are the interiors of Manila Cathedral, the cold-white marbles of the Sheikh Zayed Mosque and the campus of Harvard Medical School.