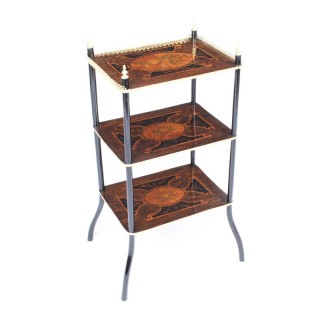 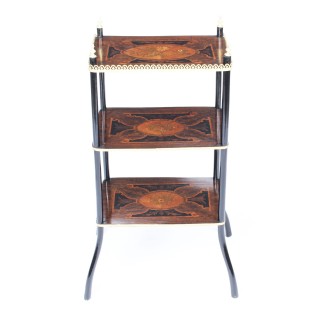 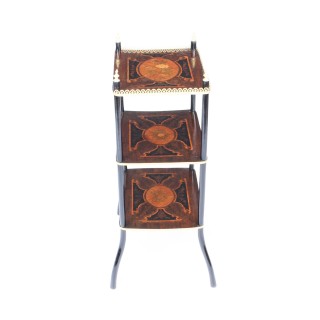 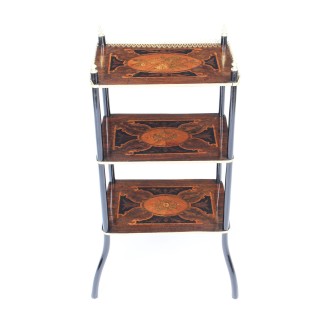 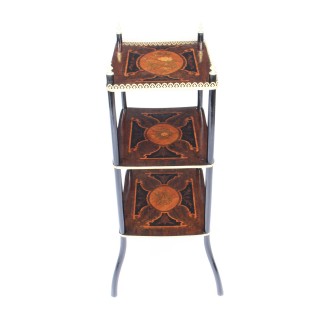 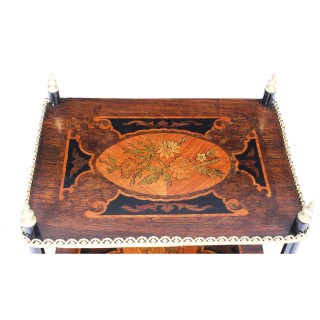 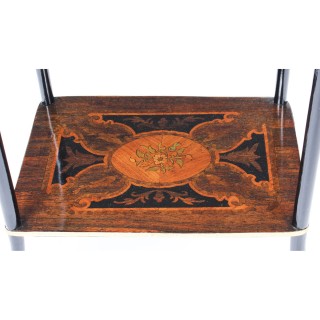 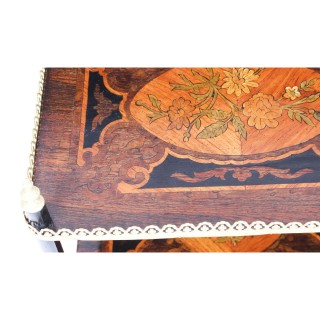 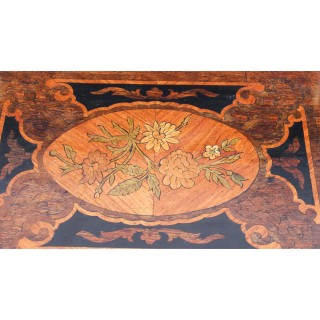 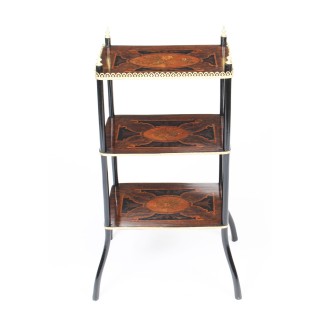 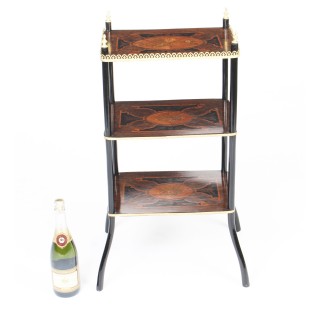 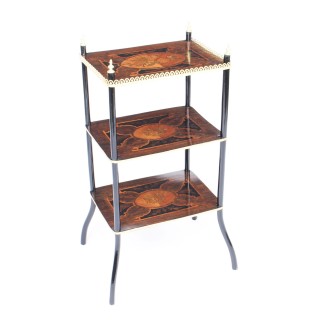 This is a truly delightful antique French marquetry and ebonised three-tier etagere or occasional table in Louis XV style, circa 1860 in date.

Such a beautiful and highly versatile piece is indeed a rare find and would look lovely almost everywhere.