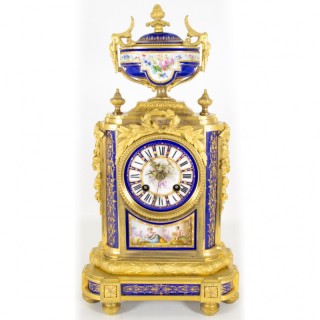 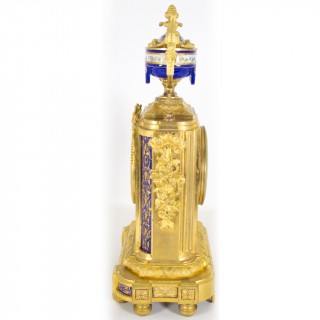 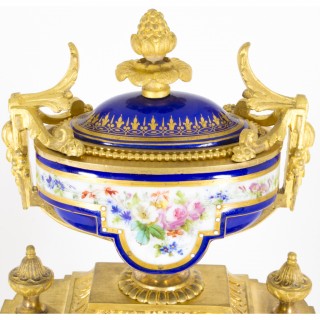 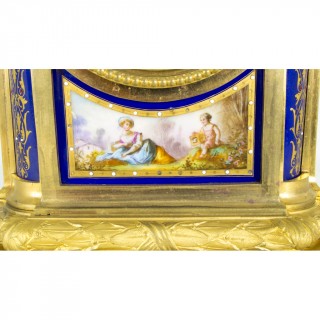 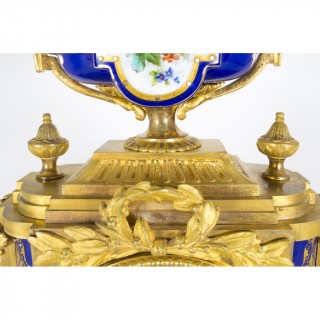 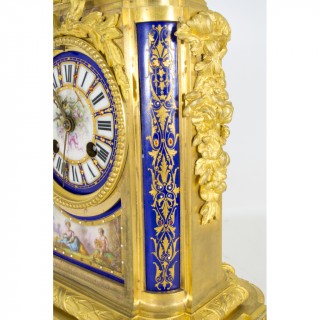 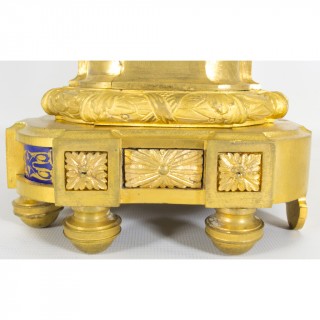 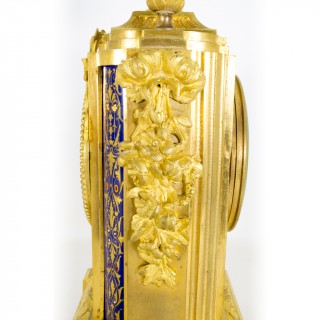 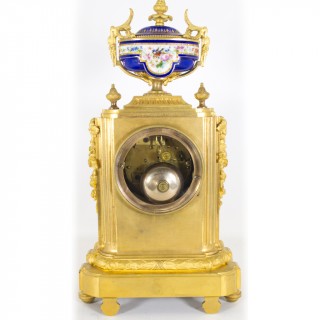 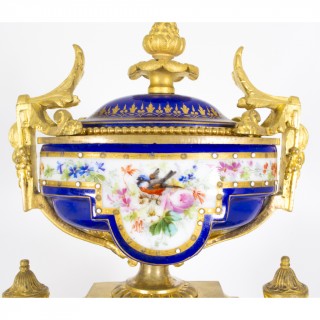 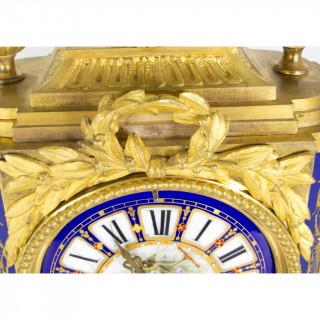 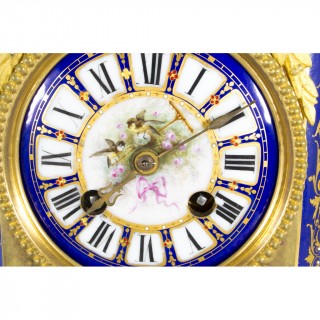 This is a beautiful antique French ormolu mantel clock with a profusion of Royal Blue porcelain inset panels in the Sevres manner, circa 1860 in date.

The movement is stamped with Serial Number: 2337
The porcelain inset panels on the side and borders of the case are decorated with gilded swags and swirls and are flanked by artichoke gilded finials. The central inset panel is hand painted with a lady dressed in period costume and a cherub enjoying the outdoors.

The enamel dial has Roman numerals and is further decorated with a pair of hand painted doves.

The clock is complete with pendulum, bell and key.

This incredible clock is a must have for any collector of ornamental and decorative pieces.

Condition:
This clock is in excellent working condition, the movement having been cleaned and serviced, the ormolu case having been polished, in our workshops, please see photos for confirmation.

This clock is in excellent working condition, the movement having been cleaned and serviced, the ormolu case having been polished, in our workshops, please see photos for confirmation.