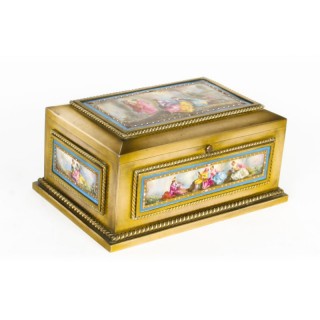 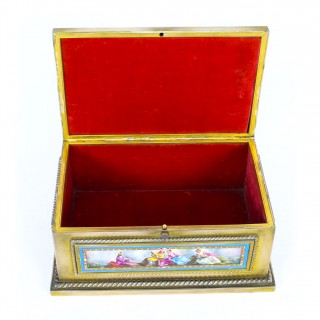 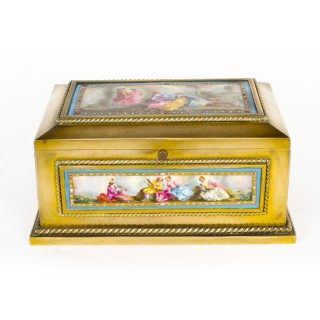 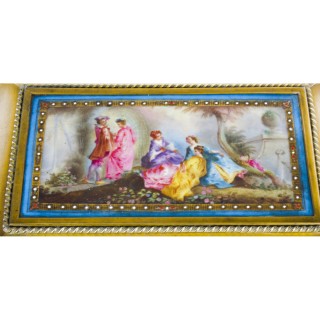 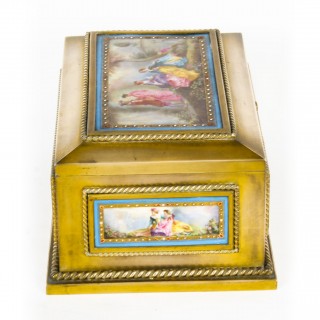 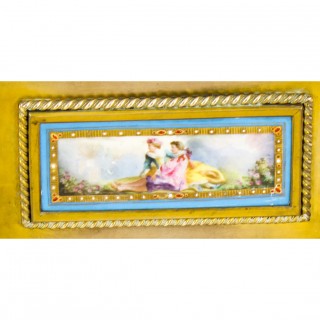 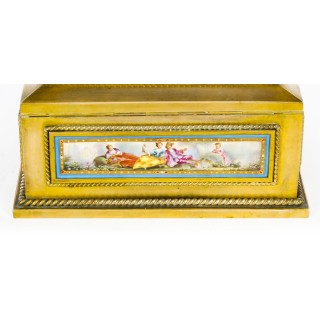 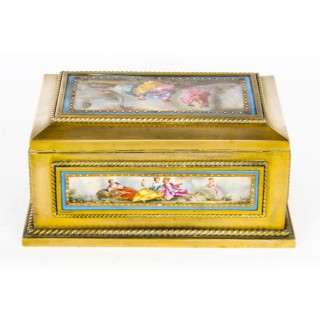 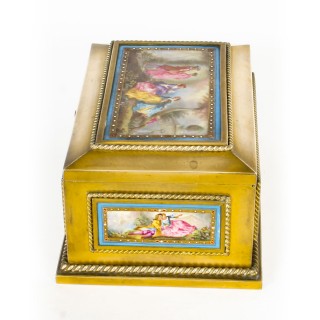 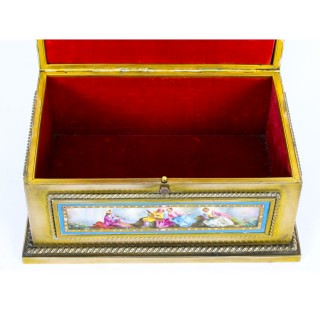 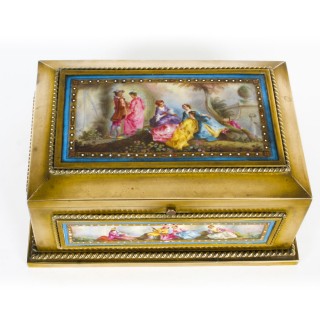 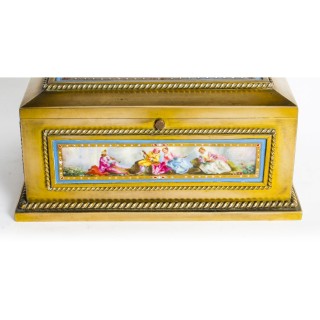 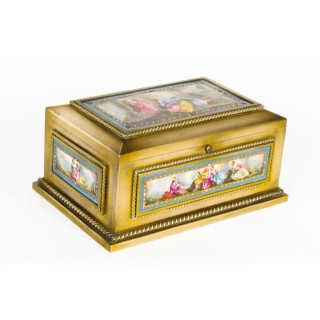 This is a fabulous antique French Ormolu jewellery casket with inset Sevres Porcelain panels, circa 1880 in date.

This magnificent casket is rectangular in shape with a decorative inset Sevres porcelain panel on top and on each side. These panels are decorated “en féte champetre” (meaning garden party), after Watteau, within gilt and turquoise jewelled borders with rope twist detailing.

The casket is raised on a plinth base and the interior lined in the original red velvet.

Condition:
In excellent condition. As an antique items, the casket show signs of use commensurate with age, these minor condition issues are mentioned for accuracy and, as seen in the accompanying photographs, the casket displays beautifully.