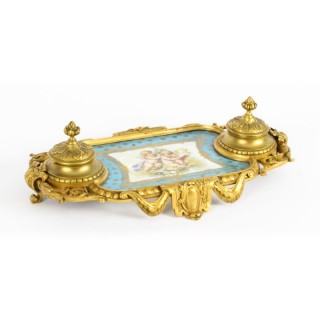 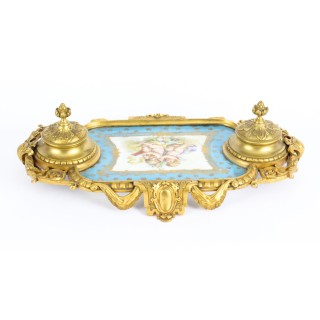 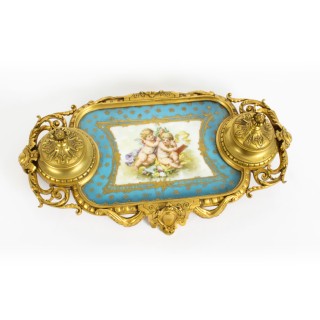 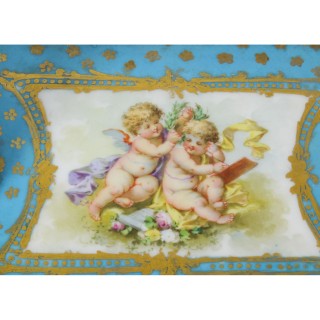 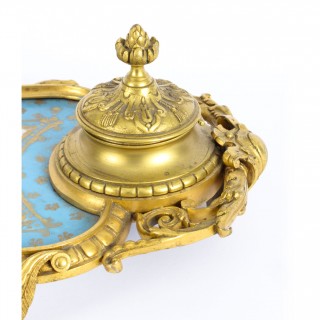 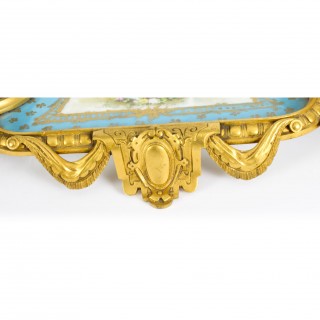 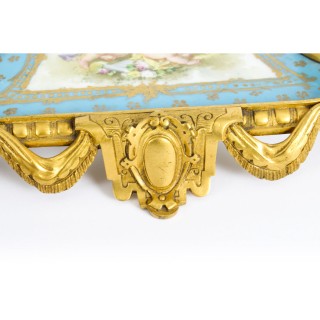 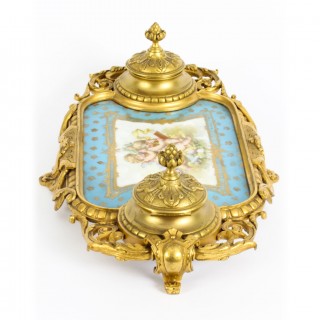 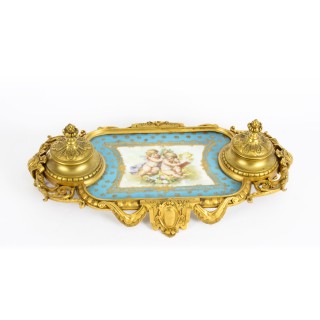 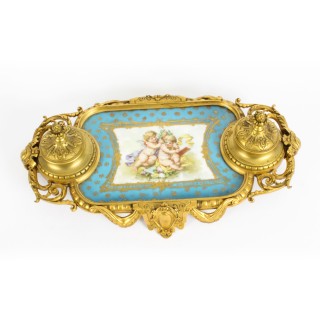 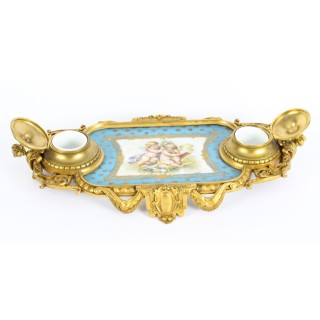 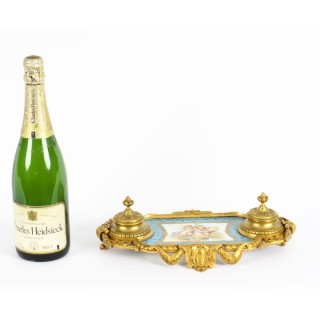 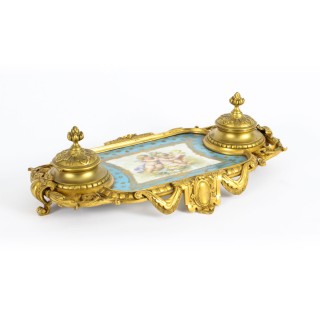 Of rectangular form with a pair of raised inkwells with porcelain liners having ormolu covers, and centred with a large hand painted porcelain cartouche of cherubs on a Bleu Celeste ground with gilt decoration within a scrollwork ormolu boarder and raised on out-scrolled cartouche feet.