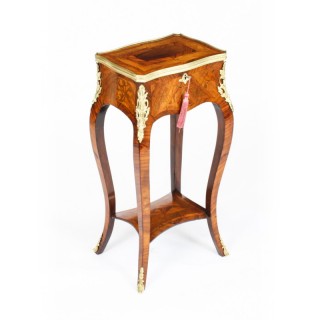 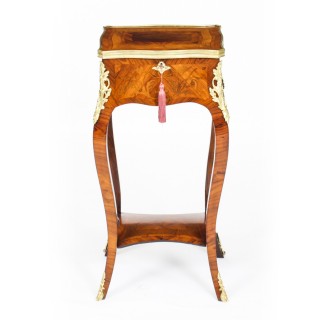 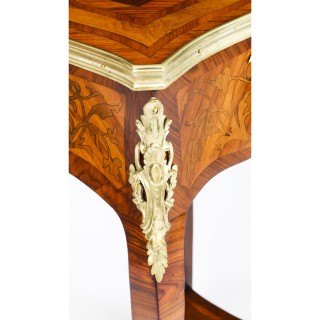 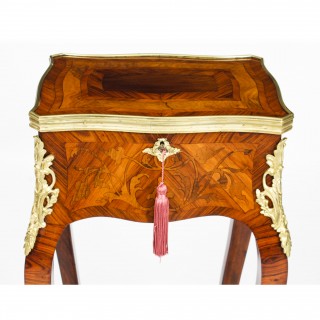 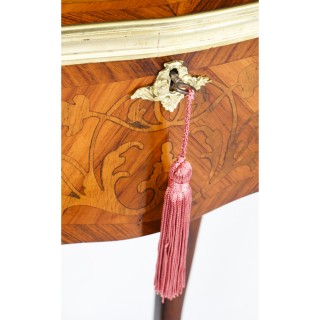 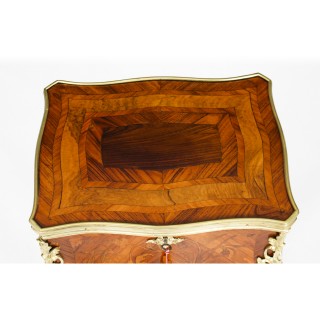 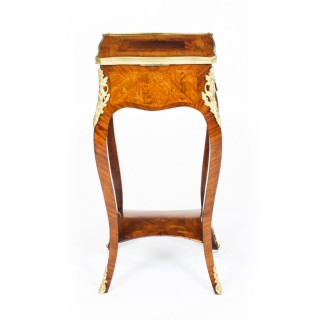 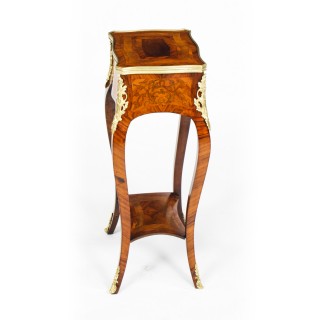 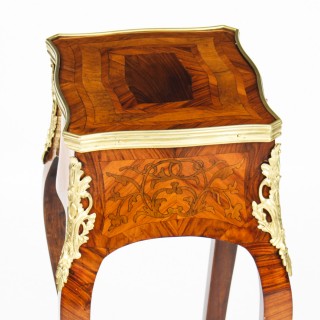 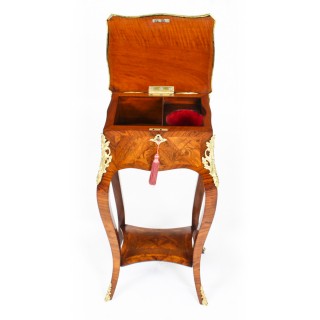 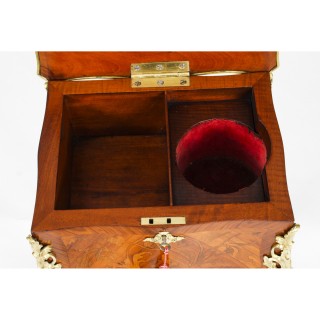 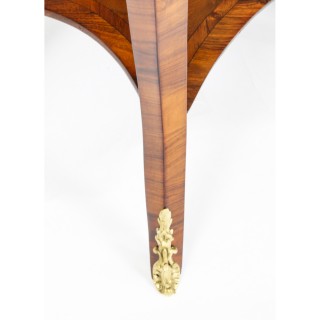 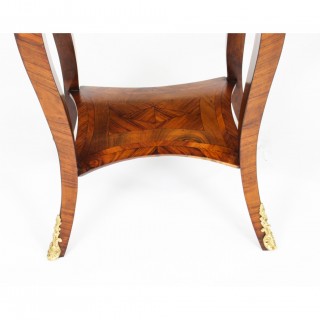 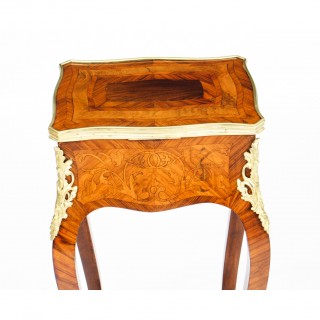 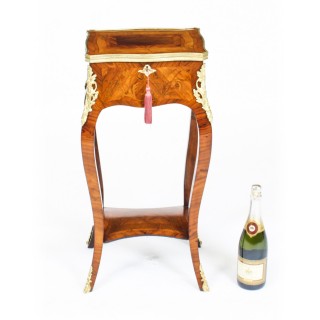 This is a beautiful antique French Louis Revival parquetry and marquetry ormolu mounted serpentine side table / teapoy kettle stand, circa 1850 in date.

The ormolu banded top has a Horne’s patent hinge with beautiful banded parquetry enclosing a provision for a bowl and caddy. It features matched veneers inlaid with scrolling leaves, the cabriole legs are united by an incurved undertier.

Complete with working locks and key.

Add an elegant touch to any room with this delightful side table.

Condition:
In excellent condition having been beautifully cleaned and French polished in our workshops, please see photos for confirmation.

Parquetry – is a geometric mosaic of wood pieces used for decorative effect. The two main uses of parquetry are as veneer patterns on furniture and block patterns for flooring. Parquetry patterns are entirely geometrical and angular—squares, triangles, lozenges.

The word derives from the Old French parchet , literally meaning “a small enclosed space”. Large diagonal squares known as parquet de Versailles were introduced in 1684 as parquet de menuiserie to replace the marble flooring that required constant washing, which tended to rot the joists beneath the floors.

Such parquets en lozange were noted by the Swedish architect Daniel Cronström at Versailles and at the Grand Trianon in 1693. Timber contrasting in color and grain, such as oak, walnut, cherry, lime, pine, maple etc. are sometimes employed; and in the more expensive kinds the richly coloured mahogany and sometimes other tropical hardwoods are also used.