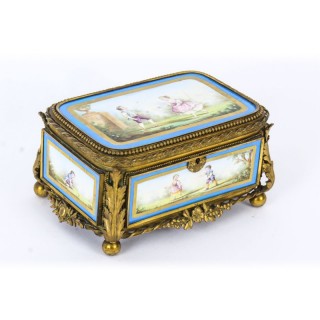 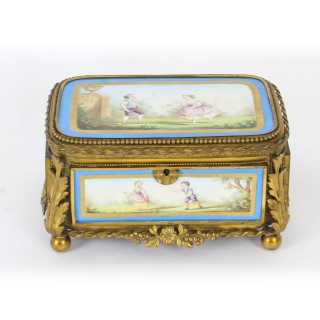 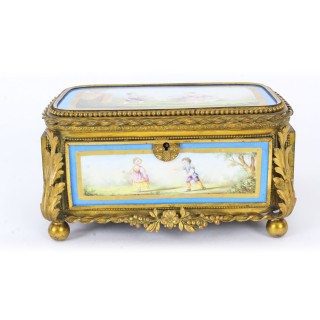 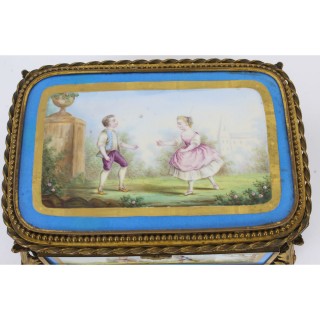 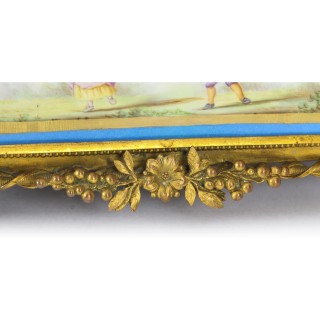 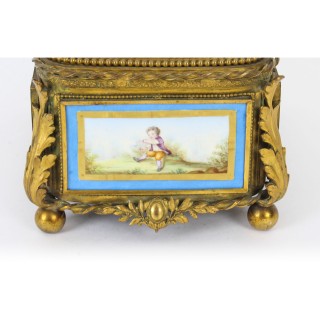 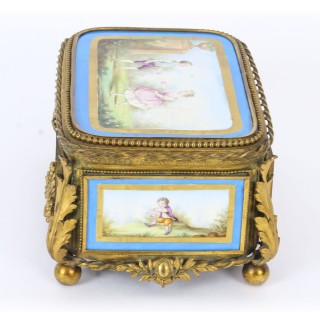 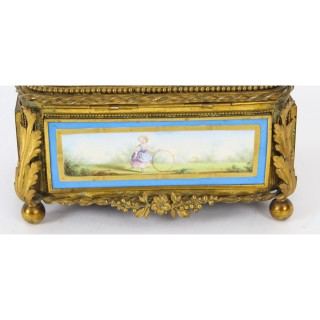 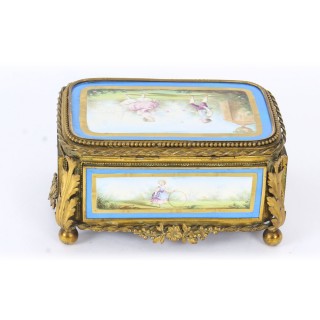 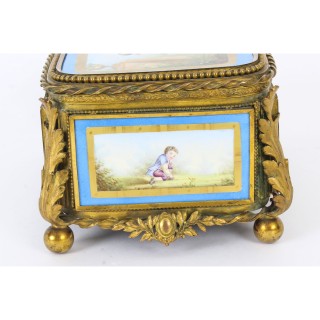 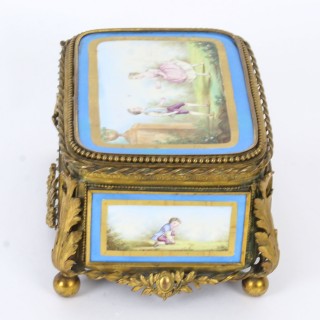 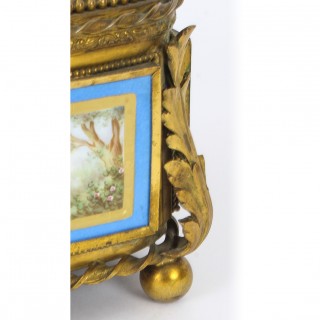 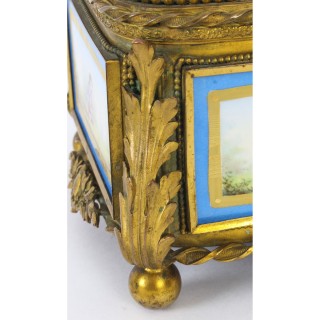 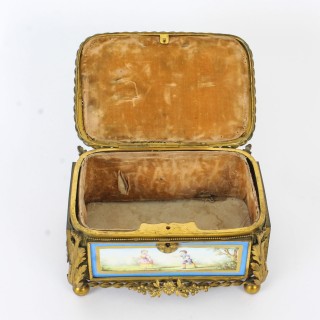 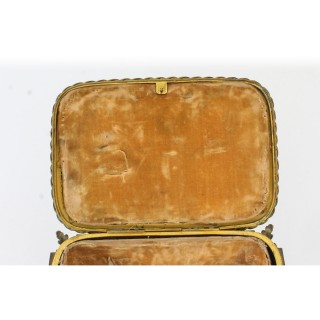 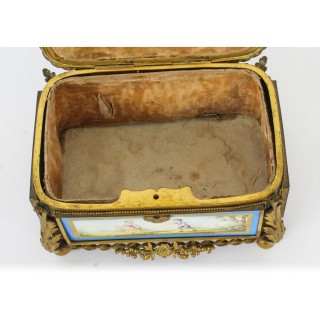 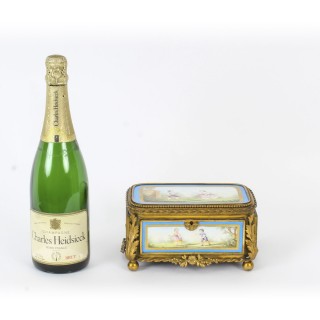 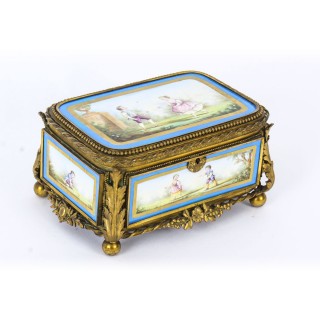 This is a fabulous antique French Ormolu and Sevres Porcelain jewellery casket, circa 1860 in date.

This magnificent casket is rectangular in shape with the top and each side exceptionally well decorated with superb ormolu mounts in the form of acanthus leaf corner straps, beading and ribbon twirls with foliate cresting which frame fabullous hand painted Sevres porcelain panels.

The lid opens to reveal the sumptuous original peach velvet lined interior, which is ready to keep custody of your precious items.

It is raised on four magnificent gilt ball feet, which add an extra touch of opulence to this gorgeous piece.

Condition:
In excellent condition. With no chips, cracks or signs of repair, please see photos for confirmation.