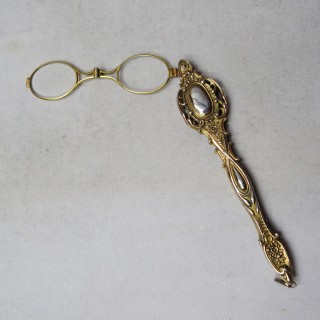 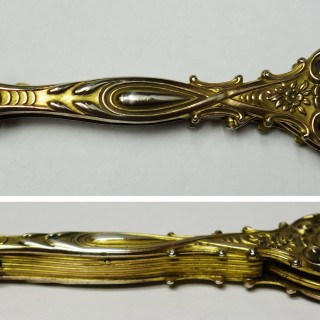 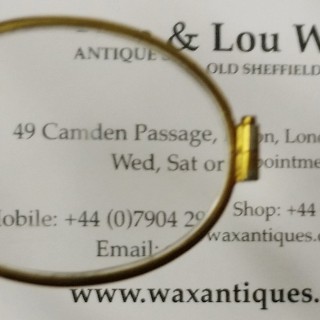 By the 19th century well-dressed ladies wore “long chains” from which were suspended watches or lorgnettes, as well as lockets and other useful implements. A lorgnette is, quite simply, a pair of spectacles mounted on a handle. The precursor to modern opera glasses, lorgnettes were a common sight during the 19th century at the theatre as well as the opera.

This charming little silver eye glass is in very good condition with no apparent damage or restoration. The gilt is worn on the highlights. Fully functional. Unmarked.