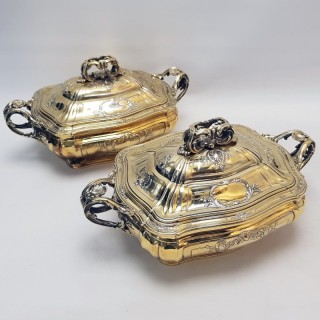 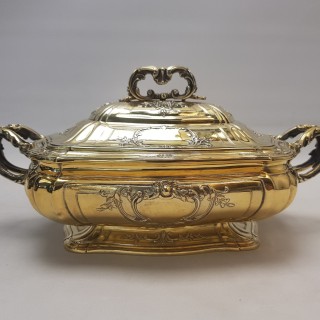 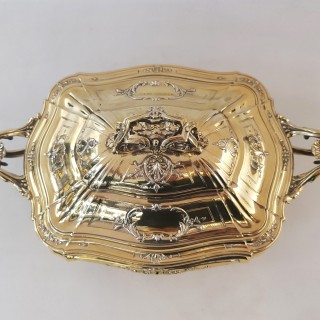 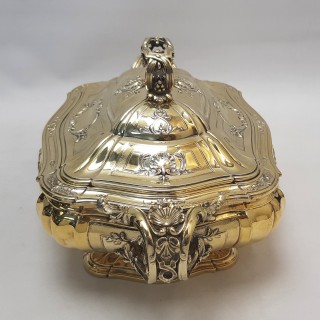 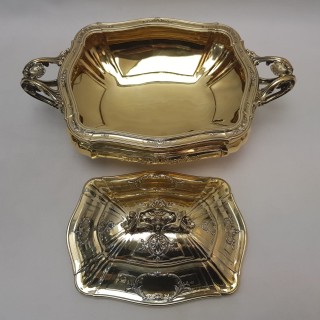 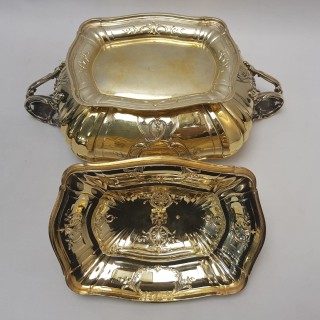 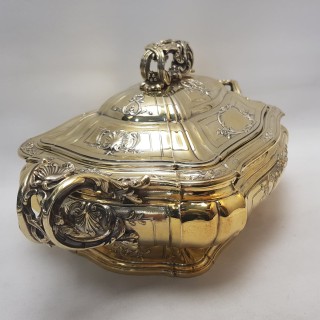 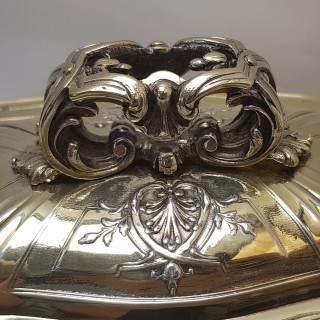 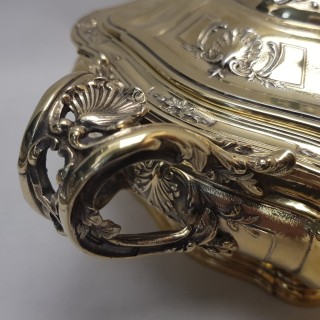 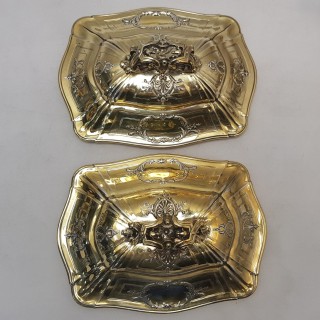 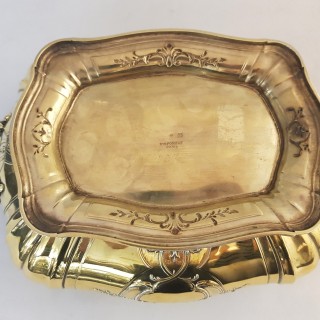 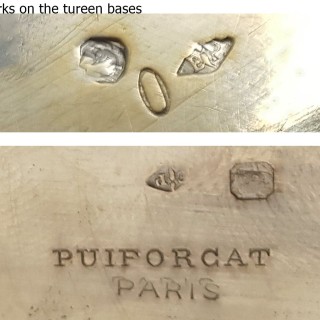 An excellent pair of heavy quality antique silver tureens of shaped rectangular form on a spreading foot. Beautifully decorated with cast ornamental side handles and lid finial; all over applied with shells, scrolls and foliate mounts. Bright gilt finish inside and out. A very attractive feature is the flowerhead wing nut inside the tureen lid.

Marks. Stamped on both lids and bases with the French Minerva mark and maker’s mark within a lozenge for Emile Puiforcat.

The Puiforcat firm of goldsmiths and silversmiths was founded in Paris in 1820 by Emile Puiforcat. Originally cutlery makers, the company changed direction at the end of the century under Louis-Victor Puiforcat to produce high-end silver pieces, especially reproductions of 18th century masterpieces. Jean Puiforcat took over the family business after the first world war and modernised the firm’s style to produce the silverware, inspired by Art Deco and avant-garde sculpture, that Puiforcat is known for today. The family’s relinquished ownership of the company in 1943 and became part of the Hermès group in 1993.

Many pieces by Puiforcat can be seen in the Louvre collection, and also in international museums such as the Victoria & Albert Museum in London and the Cooper-Hewitt National Design Museum in New York. A passionate Puiforcat collector was Andy Warhol, whose silverware was sold in Sotheby’s in 1988.

Both tureens are in very good condition with moderate signs of wear commensurate with age. The gilt is very bright with some wear on the highlights.