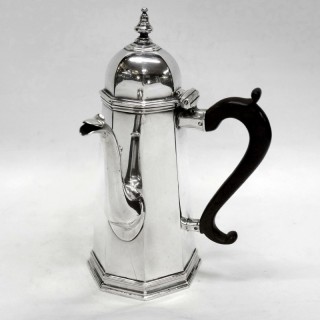 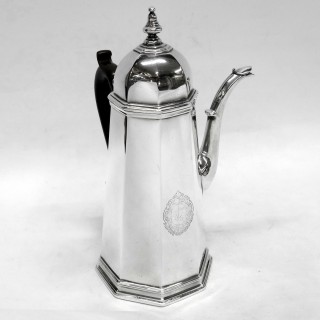 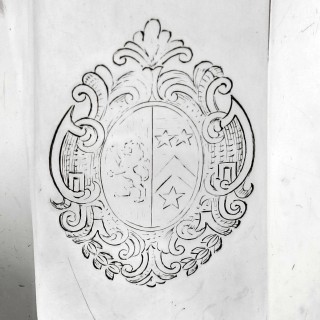 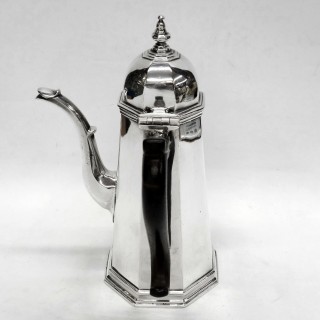 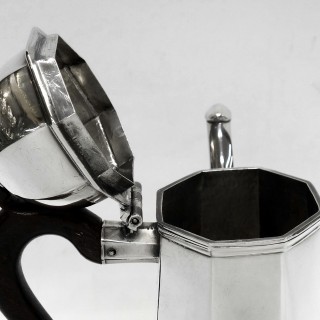 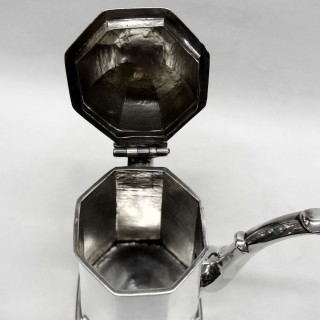 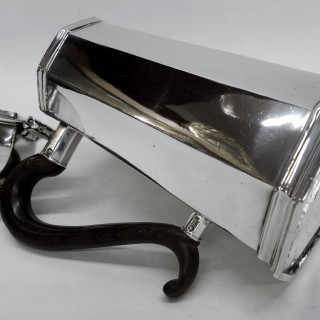 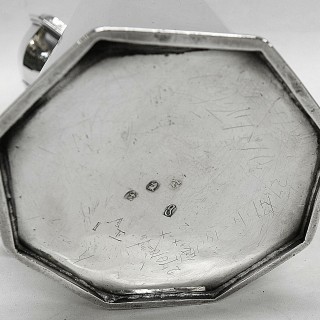 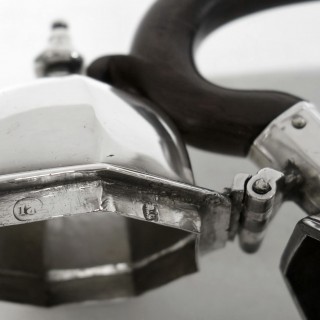 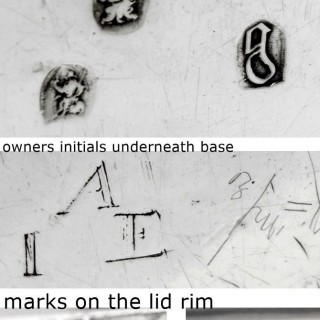 Coffee and chocolate were brought to England in the mid 17th century and were established as part of social life by the end of the century. Coffee pots can be found from the 1680’s onwards. Initially, these tall form pots were used for both coffee and chocolate however we now term chocolate pots to be those with either a removable finial or removable lid for inserting a swizzle stick. We also nominate some early side handled pots as chocolate pots.

Matching tea and coffee sets were not made in any quantities until the mid 1780’s and water jugs made before this time are comparatively rare. These have a short pouring spout as opposed to the coffee pot spout which starts from halfway down the body. Any early water jugs were probably used also for coffee and chocolate.

This charming silver pot is in very good condition with no damage or restoration. Stamped with a full set of English silver hallmarks underneath, the lid rim has the lion erased and makers mark. The engraving is contemporary, slight wear to the centre.
Please note that this item is not new and will show moderate signs of wear commensurate with age. Reflections in the photograph may detract from the true representation of this item.