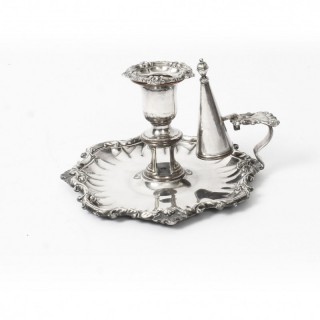 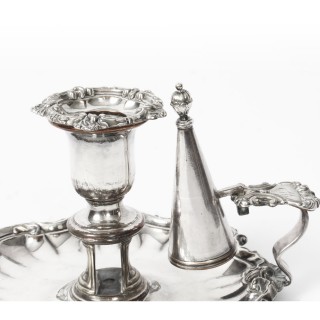 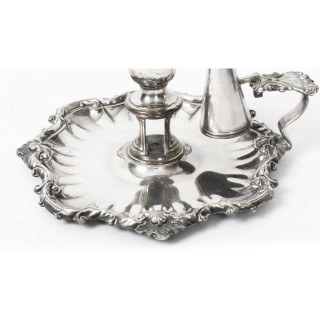 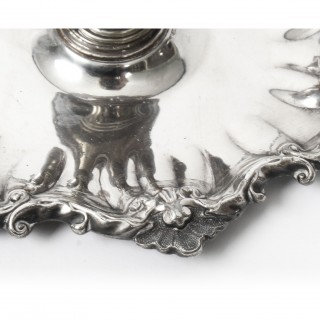 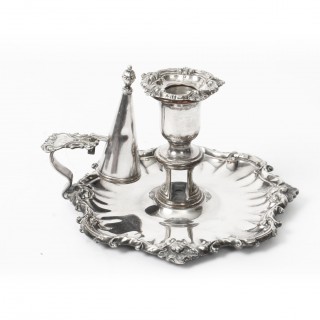 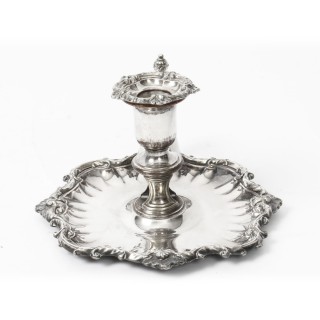 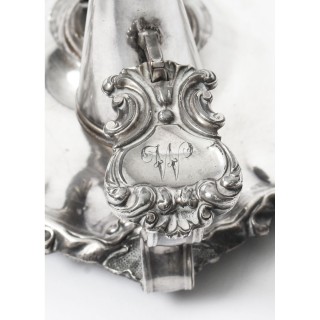 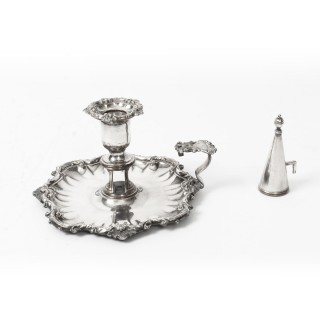 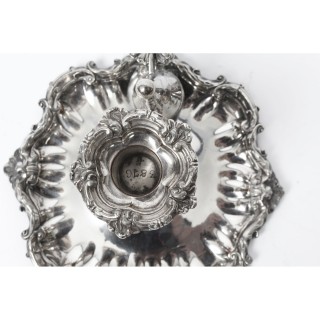 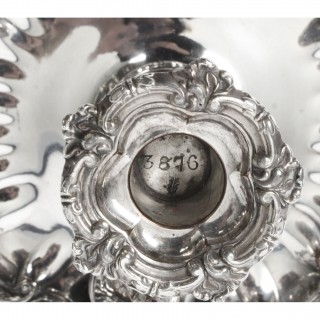 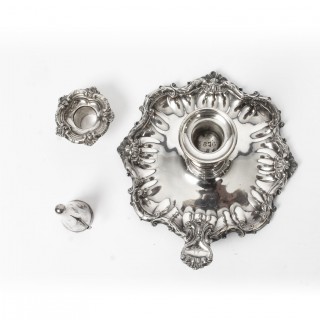 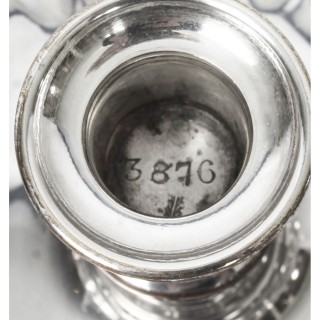 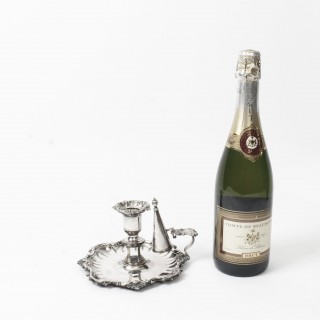 This is a fine antique Old Sheffield plate silver on copper chamberstick with baluster pillar with plater’s marks for Blagden, Hodgson & Co, circa 1780 in date.

The circular chamberstick is decorated with scroll and stylised shell borders. The inverted bell candle holder is numbered 3876 with central wick-trimmer apertures and separate sconce together with a cone snuffer.

Add some Georgian charm to your home with this lovely chamberstick.

Old Sheffield Plate
or ‘fused plate’ as it is sometimes known, was the first commercially viable method of plating metal.
The material was accidentally invented by Thomas Boulsover, of Sheffield’s Cutlers Company, in 1743. While trying to repair the handle of a customer’s decorative knife, he heated it too much and the silver started to melt. When he examined the damaged handle, he noticed that the silver and copper had fused together very strongly. Experiments showed that the two metals behaved as one when he tried to reshape them, even though he could clearly see two different layers.