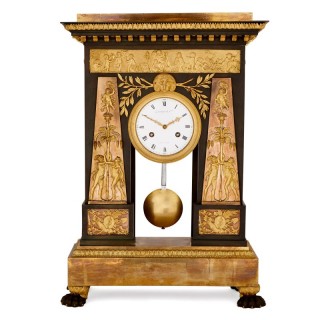 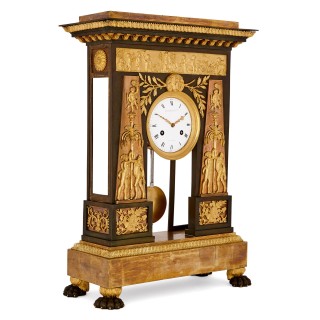 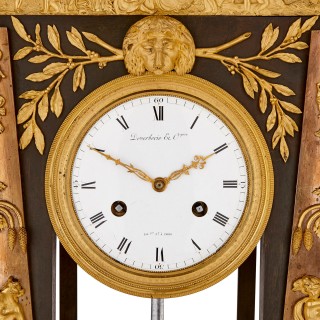 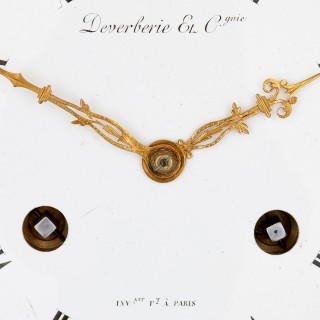 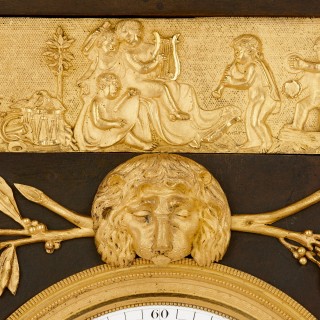 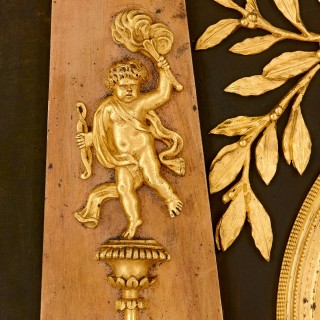 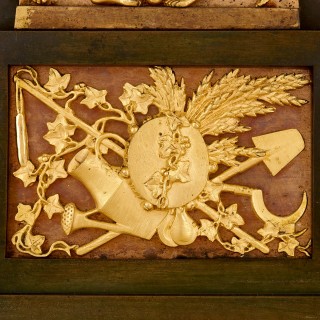 This magnificent Neoclassical style mantel clock was created by an important bronzier of the early 19th Century, Jean-Simon Deverberie. The clock dates from c.1805 when Napoleon I was Emperor of France.

The patinated bronze clock is designed in the shape of a Roman triumphal arch, which is mounted with gilt bronze panels decorated with Bacchanalian relief scenes. The clock’s cornice is lined with a gilt bronze leaf-and-dart band and brackets, and its frieze features a gilt bronze relief mount which depicts a group of putti dancing and playing musical instruments. The clock’s two pier-like supports are decorated with gilt bronze relief depictions of nude women dancing around pinecone-tipped poles which are crowned by cherubs. Beneath these are gilt bronze agricultural motifs composed of sickles, spades, watering cans, vines and wheat sheaves.

The clock is placed on a rectangular gilt bronze base, the upper edge of which is lined with an egg-and-dart band. The base is set on four gilt and patinated paw feet.