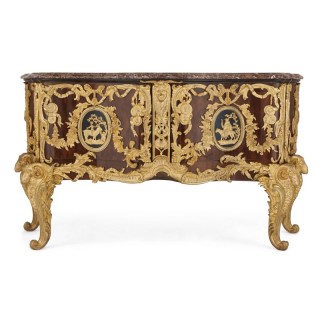 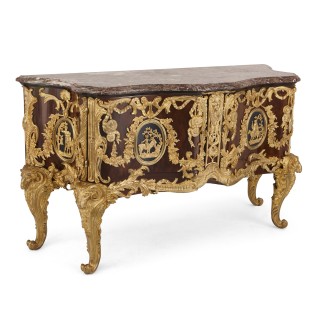 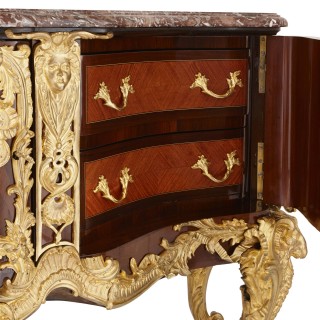 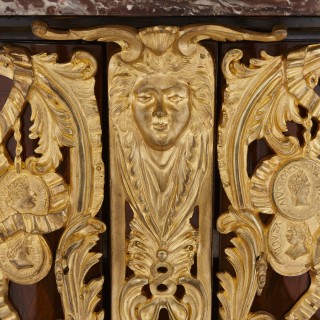 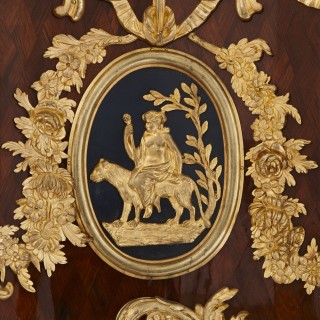 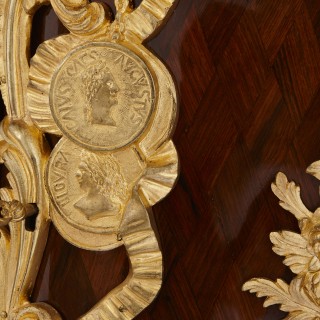 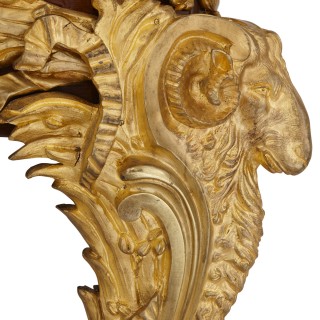 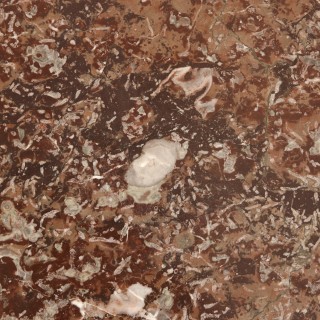 This exquisite rosewood commode (or cabinet) was crafted in France in the late 19th Century, after an 18th-Century model by Antoine-Robert Gaudreau. Gaudreau was the Ébéniste du Roi (royal cabinetmaker) to King Louis XV, and crafted the original commode for his palace at Versailles. The model is called a commode a médailler because it was designed to hold the royal collection of medals. The original is today on display at the Bibliotheque Nationale in France.

The commode is composed of a serpentine two-door body which stands on four gilt bronze (ormolu) cabriole legs. The legs feature whorl (scroll) feet and ram head tops. The commode’s body is decorated with cross-hatched parquetry work and it is covered with elaborate gilt bronze mounts. These take the form of stylised scrolled acanthus leaves, scallop shells, flower swags and ribbons tied with medals. Navy medallions, containing gilt bronze Bacchic figures in landscapes, decorate the front and sides of the commode’s body. The doors of the commode open to reveal stacked drawers, with light wood parquetry fronts and foliate gilt bronze handles. The commode is topped by veined red marble.