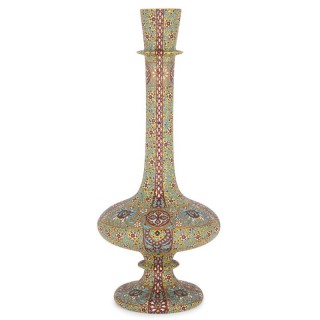 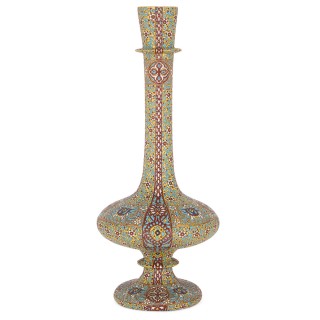 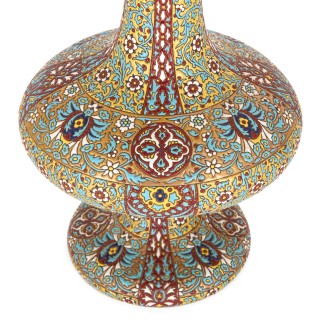 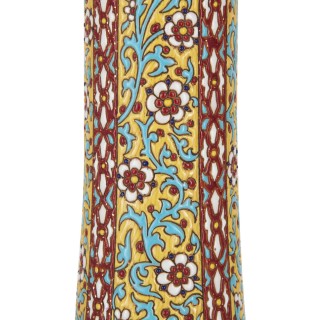 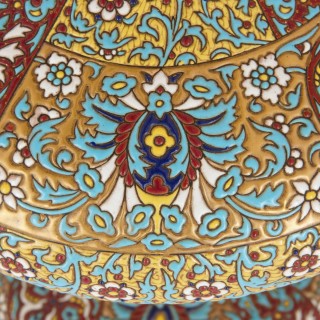 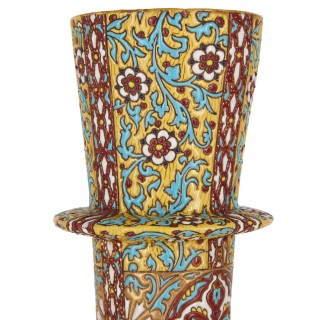 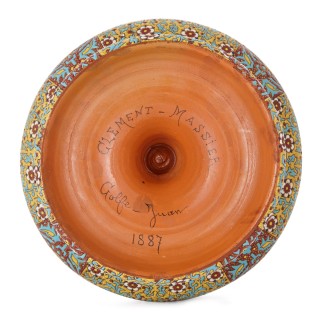 This beautiful vase was created in 1887 by the important potter, Clement Massier (French, 1845-1917). Clement came from the famous Massier dynasty of ceramicists which included his brother Delphin and cousin Jerome, who were also active in the late 19th Century. This vase was produced in Golfe-Juan, where Massier was based from 1883, and it was made in 1887, the year he created his signature iridescent, metallic glaze. This glaze won Massier international acclaim and a gold medal at the Paris Exposition Universelle of 1900. This vase is signed on its underside, ‘Clement-Massier/ Golfe-Juan/ 1887’.

The vase is bottle shaped with a slightly flared mouth which is separated from the slender neck by a decorative knop. The neck is set on a bulbous body which stands on a waisted stem with a knop, on a rounded circular foot. The vase is intricately decorated with turquoise stylised vines and green, white, red and yellow flowers, against a yellow ground. Its upper neck, body and foot are encircled by horizontal gold bands which are decorated with turquoise vines and stylised yellow, navy, white and red flowers. Four vertical bands extend across the length of the vase. These are decorated with turquoise, yellow, white and navy floral motifs within iron-red geometric frames and outlines.