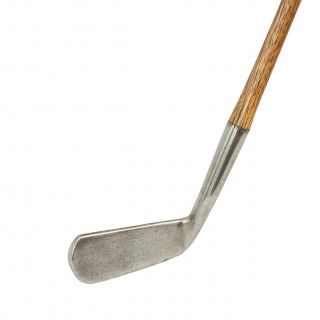 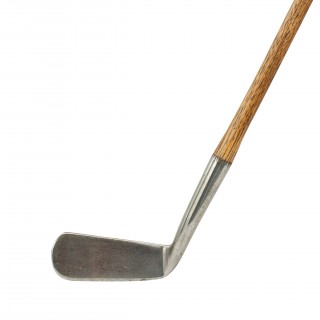 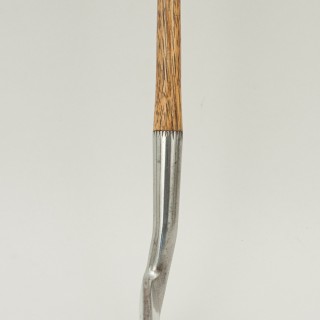 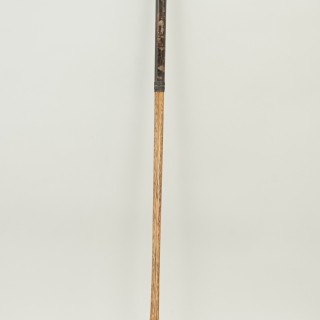 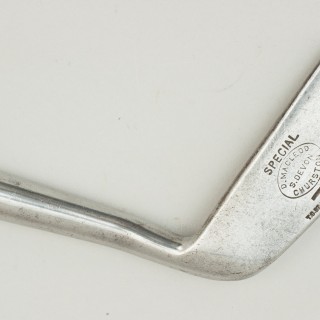 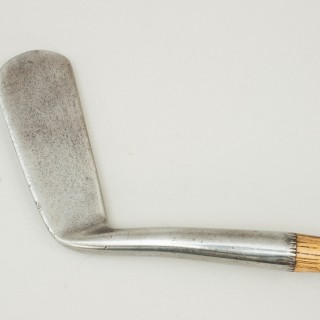 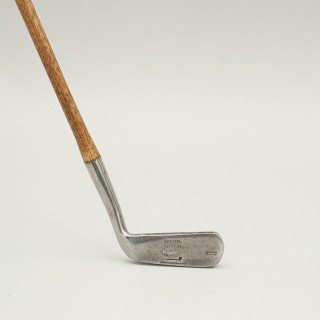 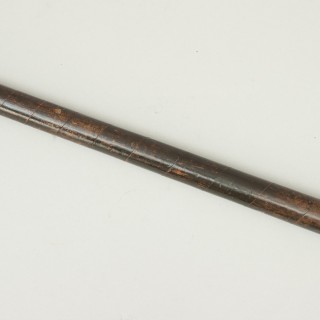 Vintage Hickory Golf Club, Wry Neck Putter, by Tom Stewart, St Andrews.
A fine and nicely weighted smooth faced offset putter by Tom Stewart of St. Andrews. Hickory shafted with polished leather grip. On the rear of the club head is the ‘PIPE’ cleek mark of Tom Stewart with the phrase ‘T.S.St.A.REG.TRADEMARK’. The ‘pipe’ mark on its own was in use from 1893 to 1905, it was from 1905 and onwards that the phrase was added. The rear of the club head with an arrow and the word ‘Accurate’, ‘Special’ and in an oval ‘D. Macleod, S. Devon, Churston’.

David Macleod was professional at Churston Golf Club from 1905 to 1912. The Devon Parkland course sits proudly overlooking Torbay running east to west from Churston to Brixham. Established in 1890’s the original Churston course was opened with nine holes and later extended to the full eighteen.