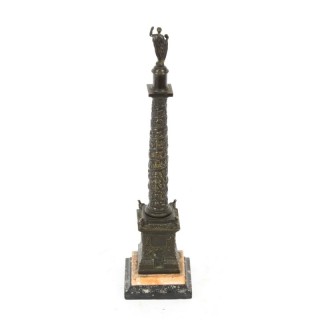 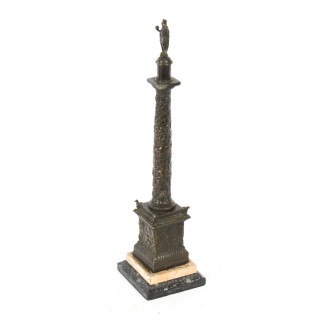 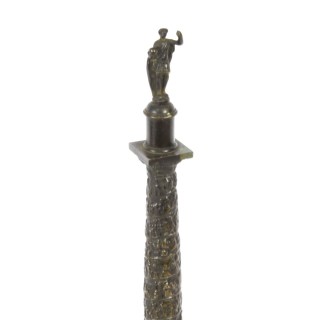 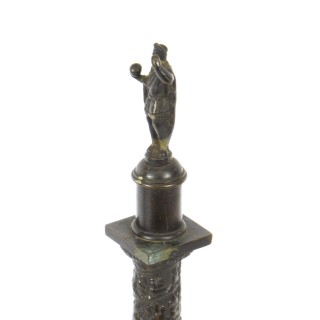 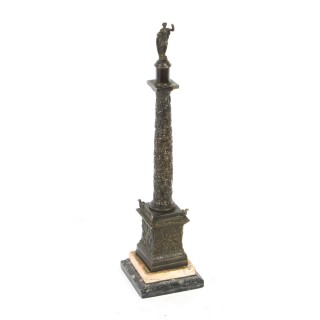 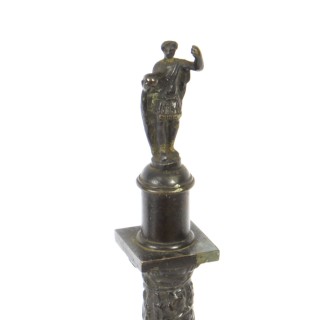 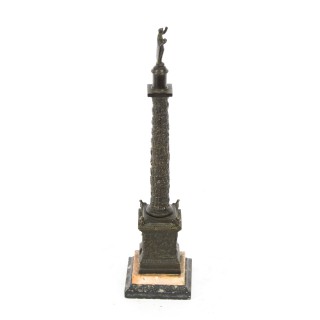 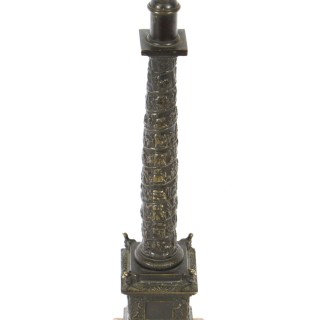 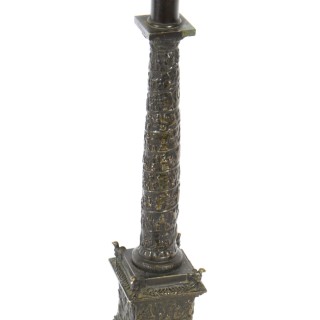 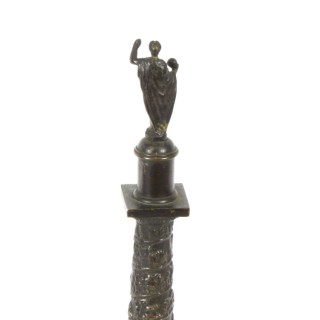 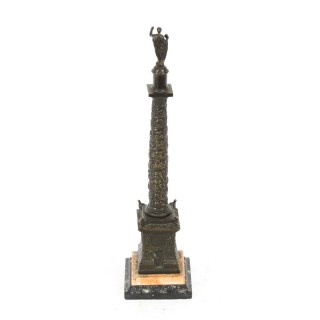 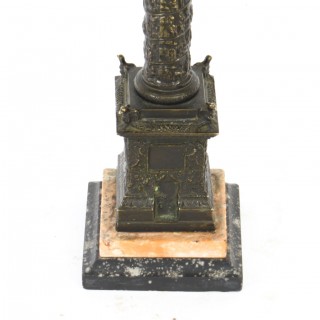 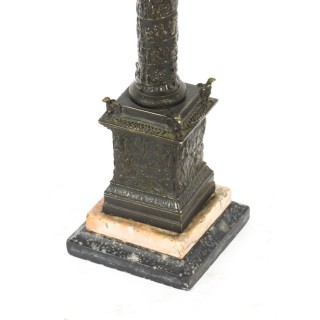 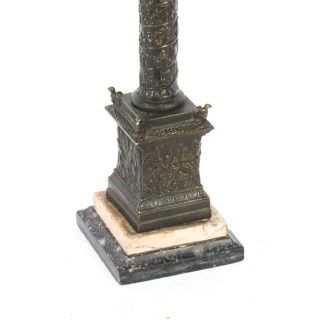 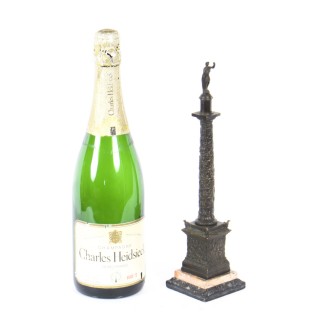 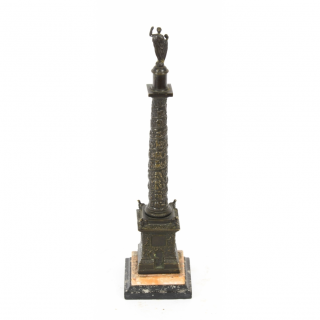 This is a wonderful antique Grand Tour patinated bronze model of Trajan’s Column, circa 1820 in date.

The spiralling column is covered in delightful bas-relief depicting the Roman emperor’s victories beyond the Danube River.

This stunning high-quality bronze is superbly cast and has an elegant patina.

The attention to detail and quality throughout this piece is second to none.

Condition:
In excellent condition. As antique items, the column show signs of use commensurate with age, these minor condition issues are mentioned for accuracy and, as seen in the accompanying photographs, the column displays beautifully.

Trajan’s Column
is a Roman triumphal column in Rome, Italy, that commemorates Roman emperor Trajan’s victory in the Dacian Wars. It was constructed under the supervision of the architect Apollodorus of Damascus at the order of the Roman Senate. It is located in Trajan’s Forum, north of the Roman Forum.

Trajan’s Column, was erected in 106–113 CE by the Roman emperor Trajan and survives intact in the ruins of Trajan’s Forum in Rome. The marble column is of the Roman Doric order, and it measures 125 feet (38 metres) high together with the pedestal, or base, which contains a chamber that served as Trajan’s tomb.

At first a bronze eagle had been placed on top of the column and then after Trajan’s death a bronze statue of the deceased emperor, which was replaced in 1588 by a statue of St. Peter. The column depicting the Roman emperor’s victories beyond the Danube River.