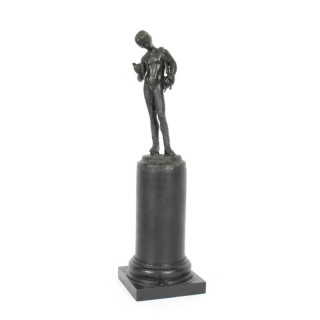 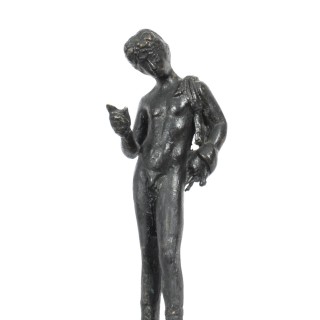 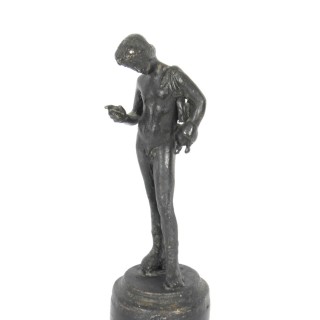 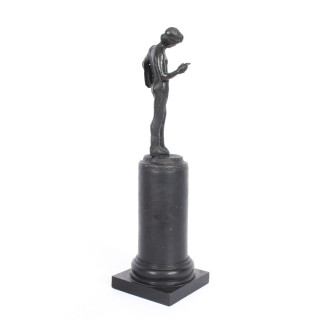 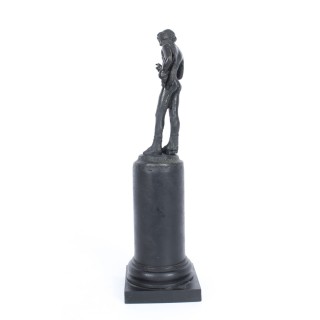 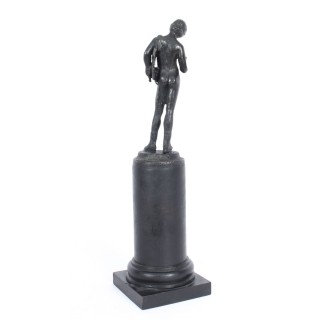 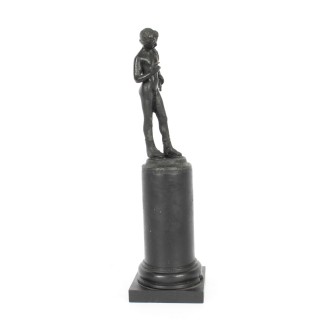 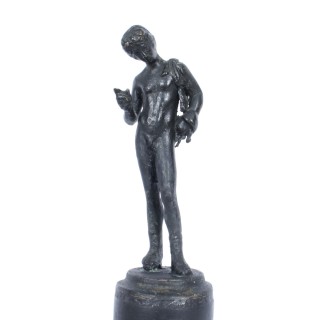 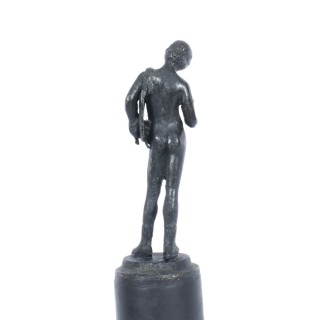 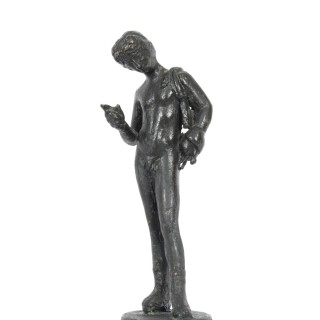 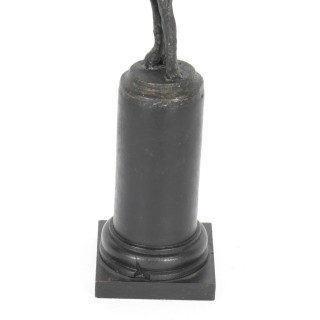 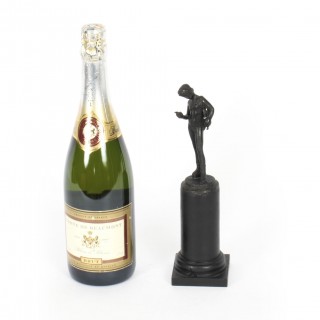 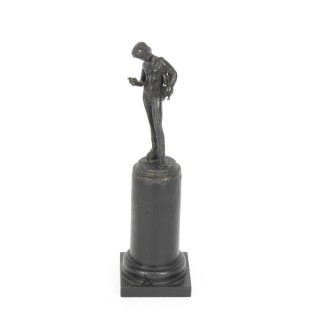 This is a superb antique novelty Grand Tour patinated bronze figure of Narcissus, dating from the late 19th Century.

Narcissus was a hunter in Greek mythology and he was distinguished for his beauty.

This patinated bronze classical figure is after the original antique bronze which was found in Pompeii in 1862. It features Narcissus standing tall with his head slightly looking downward and is mounted on a wooden turned plinth base.

The craftsmanship is second to none throughout all aspects of this bronze which is sure to add an unparalleled elegance to your home.

Narcissus was a hunter in Greek mythology, son of the river god Cephissus and the nymph Liriope. He was a very beautiful young man, and many fell in love with him. However, he only showed them disdain and contempt. One day, while he was hunting in the woods, the Oread nymph Echo spotted him and immediately fell for him. When Narcissus sensed that someone was following him, Echo eventually revealed herself and tried to hug him. However, he pushed her off and told her not to disturb him. Echo, in despair, roamed around the woods for the rest of her life, and wilted away until all it remained of her was an echo sound.

Nemesis, the goddess of retribution and revenge, learned what had happened and decided to punish Narcissus for his behaviour. She led him to a pool; there, the man saw his reflection in the water and fell in love with it. Although he did not realise in the beginning that it was just a reflection, when he understood it, he fell in despair that his love could not materialise and committed suicide.