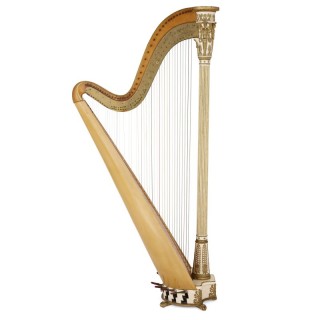 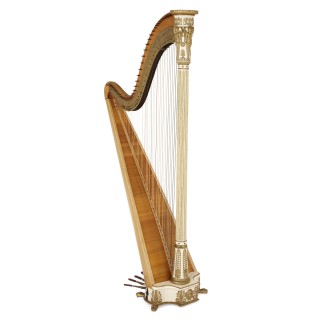 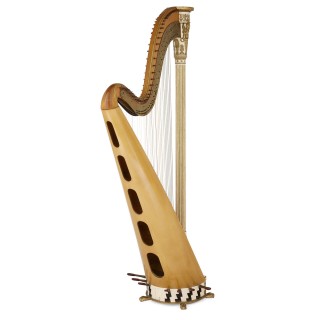 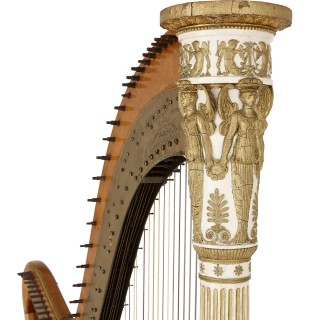 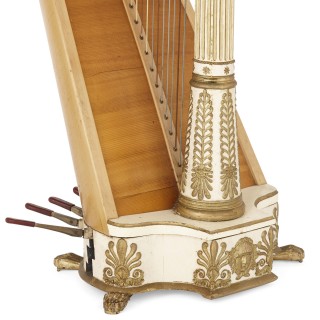 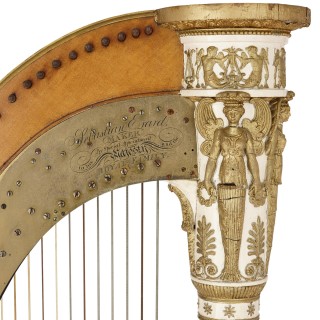 This impressive harp by the French maker Érard is stylistically ‘Grecian’, its decorative motifs being drawn largely from Greco-Roman precedents. The Classical influences can be seen in its gilt fluted column, the moulded palmettes present throughout, and the spare and refined gold-and-white colour scheme. The harp is inscribed on the top frame “Sebastian Erard / Maker / By Special Appointment / to his Majesty and the / Royal Family”. The piece thus dates from the early 19th Century and was likely produced or sold in Érard’s London premises.